New study may show how stress gets under your skin 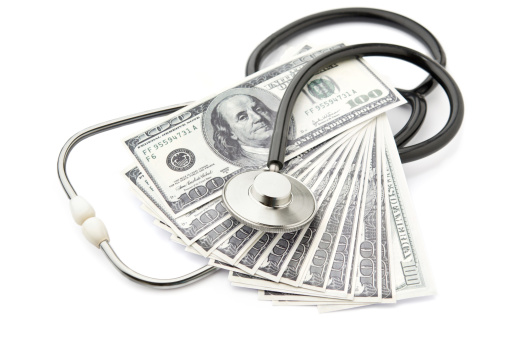 If you’re poor, you are also more likely to be sick with chronic diseases. Studies have demonstrated this truth time and again. For years, people have been trying to determine what exactly it is about poverty that causes poor health. Stress had always been a likely culprit, but scientists didn’t know how stress makes the body vulnerable.

New research from the Carnegie Mellon University sheds light on this question, and offers a biological explanation for how stress affects health and quite literally gets under one’s skin. The study, authored by Dr. Sheldon Cohen, a Professor of Psychology at Carnegie Melon University, determined that stress affects the body’s ability to regulate inflammation, the immune system’s response to illness that allows the body to heal.

When a person gets sick, say with a common cold, the symptoms they experience – the runny nose, congestion, coughing, etc. – are not caused by the virus itself. The symptoms are the body’s response, an inflammatory response, that helps rid the body of the disease.

Cohen and his group of researchers used the common cold as a model for testing their theory about the link between stress and illness. The team recruited 276 volunteers and interviewed them extensively to determine their level of stress. They then exposed the volunteers to the cold virus and quarantined them for five days. Researchers found that in the chronically stressed subjects, their immune systems were unable to regulate inflammation normally. Those subjects were more likely to develop full-blown cold symptoms.

“The immune system’s ability to regulate inflammation predicts who will develop a cold, but more importantly it provides an explanation of how stress can promote disease,” Cohen said.

It has been thought in the past that an overproduction of the hormone cortisol was to blame for a weakened immune system. Cortisol is produced in the adrenal glands, and is important for body functions such as managing stress, regulating blood pressure, and metabolizing glucose for energy. Cortisol levels spike during times of stress, as part of the body’s ‘flight or fight’ response.

Cohen’s study suggests that it is not the amount of cortisol in the bloodstream that creates this effect, but rather the way immune cells are affected by the cortisol.

“It is likely that when stress continues for a long period of time, these immune cells adapt by becoming less sensitive to cortisol,” Cohen wrote in an email. “Thus, cortisol can no longer play its usual role in turning off inflammation.”

Chronic stress is associated with an increased risk of many common diseases, such as cardiovascular disease and diabetes. These diseases are also consistently rampant among those living in poverty. While Cohen’s study is about chronic stress and did not specifically look at poverty, other research suggests that persistent poverty is a source of chronic stress.

Dr. Amani Nuru-Jeter, an Associate Professor of Community Health & Human Development and Epidemiology at UC Berkeley’s School of Public Health, said that typically, the body has a normal way of adapting to environmental demands, a “fight or flight” response that may increase levels of cortisol or other inflammatory markers.

“We kind of activate, and then we recover ,” she said. “That’s our bodies’ normal way of responding to stress.” But in poorer households, that stress is persistent and it builds up over time, she said.

The day-to-day life in impoverished homes is stressful in ways that don’t affect more affluent households, according to Helen Lee, a Policy Fellow at the Public Policy Institute of California.

“On a biological level, that constant exposure to stress – whether it’s how to pay my rent check month to month, or how am I going to feed the kids – these kinds of questions are prevalent among poor households” she said.

“That feeling of being stressed and trapped, that flight or fight mechanism, is sort of constant,” Lee said. “What this study can help us do is say it’s not just a social science theory [that stress negatively impacts health], it’s a provable theory in this biological way.”

Lee specializes in health inequalities – disparities between people of different racial, social, and economic backgrounds, and she said that being able to demonstrate a biomedical reason for a social condition is important. “That kind of evidence is really powerful to the public and to policy makers, “ she said.

Nuru-Jeter said that having this information may also change the way that experts will intervene on behalf of the patients. She pointed out that if the effects are not actually cortisol, but rather, as this new information suggests, a deficiency in signaling the inflammatory response, a different approach to treatment would need to happen.

Both Lee and Nuru-Jeter are quick to point out that stress is not the only pathway by which economic status impacts health. Other reasons might include that the neighborhoods in which they tend to live often lack recreation sources, they may lack adequate access to healthcare, or receive healthcare of poorer quality.

Although this new information is a helpful step in the right direction, more needs to be done. Lee suggested the next logical step might be to understand what determines a person’s ability to cope with stress – is it wealth? Housing? Social network? Education?

Nuru-Jeter said this type of work is important because it helps demonstrate to the general public that poverty is not associated with poor health because poor people make bad choices.

“We need to understand that one, environments constrain choices,” she said. “and two…what this article does is it gives us the biological evidence to demonstrate that something like economic strain – which we know is a chronic stressor – can actually have direct impact on the body, which takes us away from the victim blaming kind of discourse around poverty.”

“There’s not just one pathway through which economic status impacts health, even if you talk about stress,” Nuru-Jeter said.

New study may show how stress gets under your skin