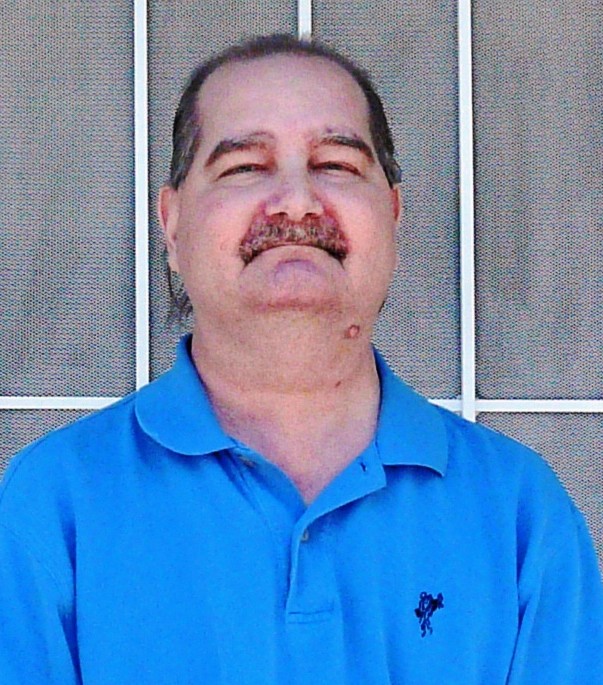 52-year-old Steven Macko experienced this harsh reality four years ago when he was evicted from his apartment in Lincoln California.

Crohn’s is an inflammatory bowel disease. Macko was diagnosed at age 21 after noticing telltale signs – stomach pain, vomiting, and, at a height of 5’11, a weight drop to a mere 91 pounds. He has been battling it ever since, making regular visits to the hospital for intestinal blockages and the fistulas that developed in his body.

Then, in the midst of the plummeting economy in July of 2008, life dealt another blow when he was released from his position as a paralegal for a small law firm in Lincoln. With no severance pay or savings, he made it as far as October before being evicted.

“Believe it or not, someone with almost six years of college education – doesn’t drink, doesn’t smoke, doesn’t do drugs or anything like that – I’m on the street like anybody else.”

Macko wound up in the neighboring city of Roseville, roaming the streets by day and sleeping in a different church every night. During the two months he was on the street, he was in and out of the hospital on nine different occasions.

“I was just physically not able to hack it on the street,” he said.

Eventually someone at the Gathering Inn, the homeless shelter where he was staying, brought Macko to the attention of a case manager at Sacramento community health clinic the Effort, where he received medical attention.

T3, which stands for triage, transport and treatment, was designed by the Effort and Sutter Medical Center Sacramento in 2007 in response to the overwhelmed state of emergency departments in the region, when ERs were reaching capacity and shutting their doors. The program redirects Sutter ER patients who don’t require urgent care to one of the Effort’s clinics or community services that can better treat them.

“Really this was not a judgmental, like, those people are blocking our emergency rooms kind of thing,” the Effort’s CEO Dr. Jonathan Porteus said. “We always talked about persons who needed community-based primary care and were not accessing it, and didn’t have access to it.”

Since the program’s inception, Sutter has seen a 65 percent drop in ER patient visits and a 37 percent drop in inpatient bed days, according to its website. It also lists $2.3 million in cost savings to the medical center by diverting T3 patients from ER visits and inpatient days.

The program has seen enough success that it has been expanded to Sutter Memorial nearby. Sutter and Kaiser have jointly commissioned the Effort to expand T3 to Roseville and Placerville County under the T3 Foothills project.

Last year the American Hospital Association recognized the program as an innovative model program for other hospitals and clinics, and clinics from San Diego, San Francisco and Los Angeles have come to Sacramento to tour the program.

What lends to T3’s success is that it is a person-centered program and that the clients are a critical part of the treatment plan, said Amber Salazar, the Effort’s healthcare access and case management program manager.

The program involves a three-step approach. The first step is triage. Whenever a potential T3 candidate is identified in the ER, one of the Effort’s case managers is paged to meet with them.

T3 candidates are individuals who may be medically untreated, have no place to sleep, are battling depression and are fighting to survive, Salazar said. By the time they reach the ER, they are often experiencing waves of fear and anxiety.

Whatever emotions the client is experiencing at that time, it is a case manager’s charge to “meet clients where they are at” mentally and without judgment, she said.

The case manager completes a seven-page case management assessment and comes up with a preliminary treatment plan. Other elements are factored in, like whether or not the client has access to resources, whether they have support from family members, or social support like primary care.

The next step is transport. If the T3 program is determined the best fit for the candidate, he or she is provided transport to wherever they need to go next, whether it is a clinic or a shelter. Rather than providing a simple referral, T3 ensures transport, providing the bus pass or taxi service the client needs.

The final step is treatment. The first priority is stabilizing the client, meaning that before anything else, case managers work with clients to settle search warrants, find temporary housing, etc. An emphasis is placed on treating clients with “wrap-around treatment”. This includes helping clients access shelter and housing, food, clothing, doctor visits or substance abuse treatment, Salazar said.

For someone like Macko, personal support was out of the question. His closest family members live 3000 miles away. Because of his health condition, providing him housing was a crucial part of his treatment plan. And at MLK, he has access to the primary care clinic when he needs it.

There is no limit to how long the Effort serves T3 clients, the contract with Sutter only specifies how many clients will be served.

Yet the longer clients are part of the T3 program, their needs start to decrease, and case management becomes easier, he said.

By May the Effort had exceeded the number of T3 clients it was contracted to serve for this year, which was 200. The program’s staff has grown from three people in 2008 to 16 or 17 who are serving the program’s active clients, Salazar said.

Though the Effort is still taking clients, providing uncompensated care is a challenge.

“We may have to slow down because we can’t afford to do same volume of work,” Porteus said. Still, he anticipates that the clinic will take another 100 referrals before the end of the year.

It is unlikely Macko will be leaving MLK anytime soon. Soon he will start receiving SSI, which will supplement his living expenses. He embraces MLK as his home, where there is a strong sense of community between himself and other T3 residents.

“[This is] probably the best place I’ve ever lived, believe it or not,” he said. “I’m very, very happy here.”

Familiarity with the struggles of other T3 clients also plays an important role in Macko’s current undertaking as the second vice president of the Effort’s board of directors, where he oversees policy and budgeting decisions.

The combination of his educational background with his experience as someone living on the streets gives him a unique perspective as a board member, he said.

“That’s why I go out of my way now, I’m like an advocate for the homeless… And for the people who are [medically] underserved in the community.”

Like Macko, 49-year-old Michael Miner was recruited into the T3 program and has resided at MLK for the last year. He suffers from emphysema, and estimates that he has probably gone through 20 jobs in the last 30 years due to severe depression.

The last job he had was driving trucks, but when he injured his hip he reached the point where he could no longer walk and needed a wheelchair.

He spent one-and-a-half years homeless, sleeping at a Catholic church in Sacramento before becoming a T3 client.

His health problems combined brought him to Sutter nine times in one year.

As he sees it, living at MLK has allowed him a chance to “make a u-turn” in his life, while still allowing him to make decisions for himself, right or wrong.

“People need to keep their dignity” he said.

He just recently had a complete hip replacement at Mercy San Juan Medical Center and is able to walk again, though he is pacing himself. Soon he plans to enroll at CSU Sacramento so he can become a drug and alcohol counselor.

It takes an exceptionally strong person to survive being homeless, Salazar said. But it is only a matter of time before clients like Macko or Miner realize their inner strength.

Keri Thomas, Regional Director, Community and Government Relations for the Sutter Sacramento Sierra Region, could not be reached for comment on this story.