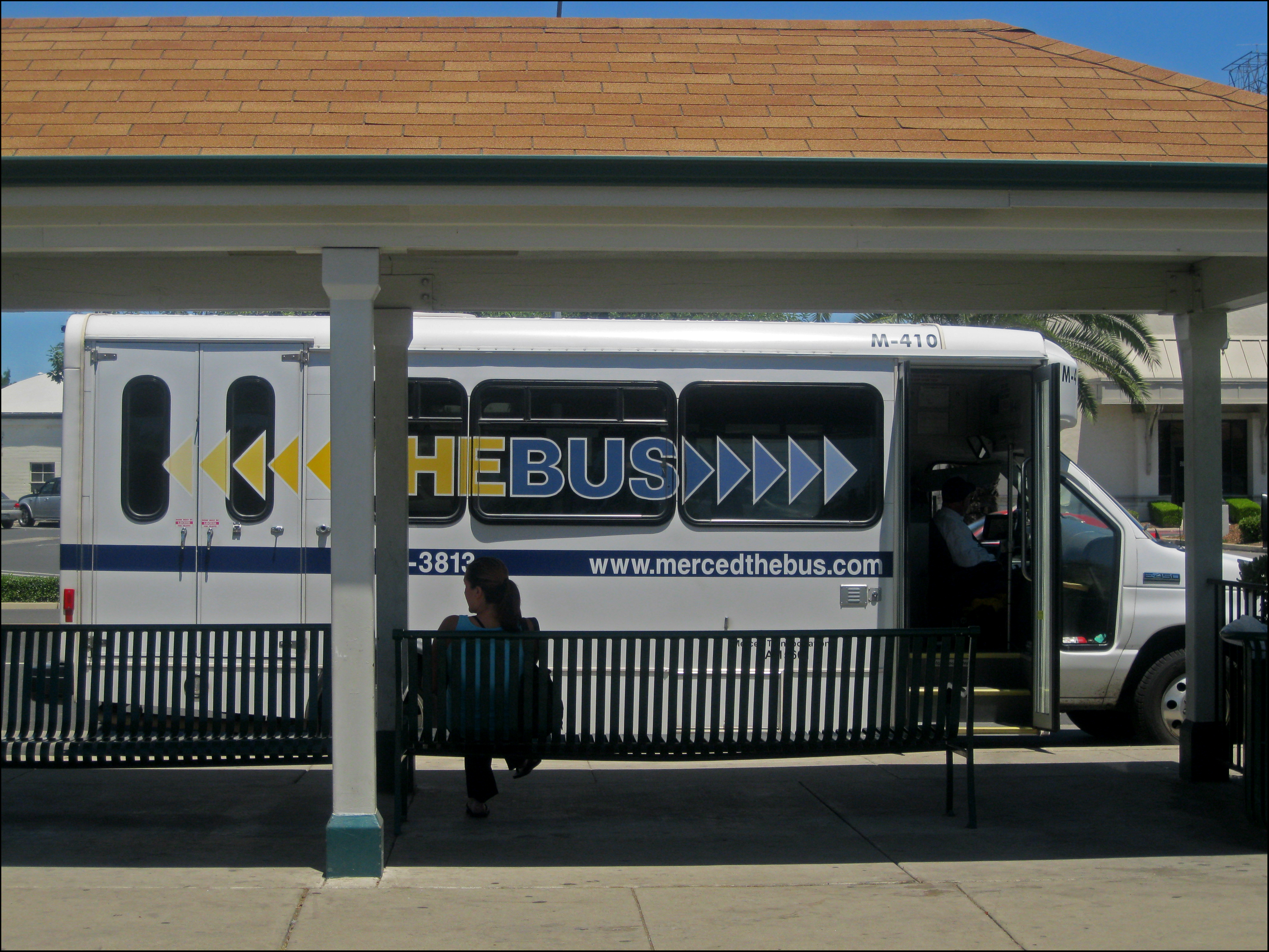 California’s population is getting older, and advocates say seniors will be unable to easily remain mobile, active and independent if policymakers don’t make public transportation a priority.

In the Central Valley town of Merced, seniors are already feeling the pinch of too few options.

“I have a car but gas prices are too high. I use the bus, my walker and this,” said Gloria Gonzales, 61, clutching her motorized wheelchair which she maneuvers through traffic every day to make it to the free lunch program at Merced Cherish Senior Center.

A recent report by Transportation for America titled “Aging in Place, Stuck Without Options” ranked the city of Merced the fourth worst amongst cities its size for transportation services now and in the near future. The study estimates that in 2015, 86 percent of the population in Merced between the ages of 65 and 79 will have poor access to transit.

The study defined poor access to transit as the average number of bus, rail, or ferry routes within walking distance of their home. In Merced and other metro areas with fewer than 250,000 residents, a typical senior with poor transit service has access, on average, to less than .8 bus, rail, or ferry routes. Riverside-San Bernardino was the other California city on the top-four-worst list, coming in second-worst in the nation for metro areas with a population of 3 million and more.

The report attributes the source to rapidly aging baby boomers who are choosing to stay in place creating “naturally occurring retirement communities” in regions that are largely car-dependent.

Merced County’s transit system is looking to improve its transportation services for seniors like Gonzales by making it more affordable to ride public transit and providing options to the more rural parts of the county.

Recently, the half-fare program required by the federal Department of Transportation for individuals over 60 was expanded from four hours a day to all day on all urban and fixed routes. Seniors will now pay 50 cents per bus ride instead of a dollar.

That’s an alternative to the county’s more expensive dial-a-ride – a curb-to-curb public transit service that requires advanced reservations – which can cost anywhere from $2 to $6 one-way depending on destination.

“This provides options to people gives them an inexpensive way of getting around, encourages the use of the fixed-route system,” Rod Ghearing, the county’s transit manager, said.

In the past 10 months, 63,000 rides have been taken on TheBus’s dial-a-ride service and 570 people have used it as a source of transportation at least 20 times. Senior citizens usually take half of all dial-a-ride trips, Ghearing said, which costs the transit system an extra $7.30 more per trip than to offering a half-fare all day for seniors.

To further accommodate the senior population that was not being served, TheBus also began a taxi scrip service program for people over 60 years of age. Under this program, seniors living in Winton can take a taxi to Atwater to visit the shopping center or clinic at an 80 percent reduced price.

The Winton-Atwater area was selected as a pilot site for the program, Ghearing said, because dial-a-ride service is only available to the ADA population in that part of the county. If it goes well, he said they would consider expanding to other areas.

These programs may provide an instant alleviation to some of the short-range barriers that keep seniors from using transit, but seniors and their advocates say the transit system and Merced have a long way to go if they want to keep up with the needs of the aging population.

The real barrier in Merced for most seniors is the cost of transportation said Rick Bungcayao, Ombudsman at the Area Agency on Aging. While a 50-cent bus ride might not sound like much money, for a person living on a fixed income – as many seniors do – it is an added expense.

Most of the seniors on the bus are lower income individuals, Bungcayao said, who cannot afford or their own transportation. Seniors who are financially well-off tend to drive their own car as long as they can, he said.

“The SSI rate is in the $800 range, so when you consider that when you factor in, if they don’t own their own house, there is rent and utilities then there is food,” Bungcayao said. “It goes pretty fast.”

For some of the seniors he works with, Bungcayao said, ability and place make it even more difficult to use the fixed route system.

“If they live in an outlying area it’s hard to have access, and if they have a physical disability, it makes it difficult,” he said.

While there are challenges in getting seniors on public transportation, Merced’s ranking as the fourth worse in the country was somewhat unfair, Ghearing said. The survey looked at how far a person had to travel for transit and the systems timetables, but did not take into account that Merced has dial-a-ride or that its fixed routes – all 22 of them – operate on a “flag down” system. A bus will pull over if a person is walking down the street and they signal to the driver to stop and pick them up.

“In effect we have infinite bus stops,” Ghearing said. County surveys indicated that buses stop at more than 500 locations, including housing complexes, the hospital and community health center, senior and shopping centers and recreation places.

According to Merced County Human Services Agency there are between 32,000 and 34,000 seniors (people over 60 years of age) who live in the county, a 16 percent increase from its 2000 Census numbers.

“Having access to transit is most important to get to and from medical appointments for some of them being able to have some type of activity being able to go somewhere socialization being able to get out in general,” Bungcayao said.

“I haven’t driven in years,” Joseph Thomas, 92, said finishing up his meal at Merced Cherish Senior Center. “Sometimes I stay with friends, sometimes I stay at home; there is no way for me to get around on my own.”

Thomas has his daughter drop him off at the senior center where he has lunch with other older adults like him and partakes in a movie or a bingo game with them. He sometimes takes the dial-a-ride back home. Although his peers swear by it, he said he has had some problems including long waits and not being picked up.

The transit authority is wrapping up its short-range transit plan for the next five years, around the same time 86 percent of Merced’s senior population is supposed to have poor access. Plenty of other agencies are involved, including the Merced County Association of Governments.

“We are taking a clean sheet look at the system,” Ghearing said.