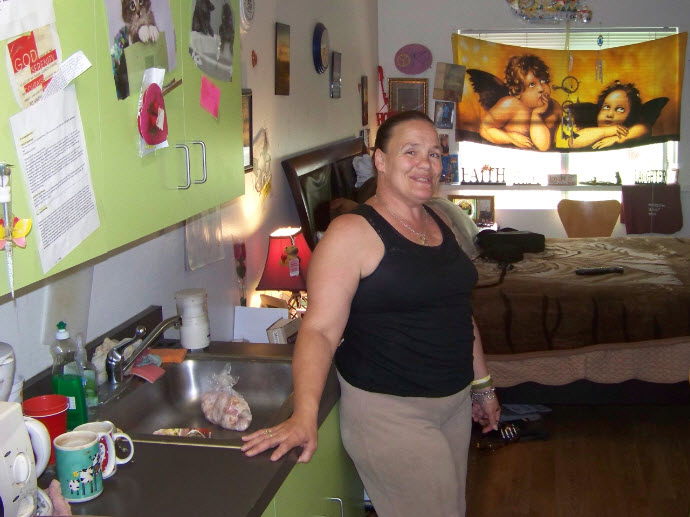 California’s unprecedented Medicaid expansion in advance of national health care reform is a crucial opportunity to improve care for the homeless, advocates say.

The $10 billion program, called California’s Bridge to Reform, includes increases in health care subsidies for the indigent, including the state’s estimated 134,000 homeless.

About a third of St. John’s clients are homeless, and Mangia hopes to sign at least 1,500 of them each quarter to Healthy Way LA. Each new enrolee will be assigned a “medical home,” centered on a treating physician and with specialists in issues ranging from housing to nutrition.

“We understand a holistic person with many different needs and many different things that effect their health. Poverty effects people’s health. So how do you help alleviate some of the conditions of poverty?” Mangia said.

Kathy Proctor, a clinic administrator for the homeless division of nonprofit Northeast Valley Health Corp., hopes these new federal subsidies will mean her clients get better access to specialty care.

“That would be great, because the county is so overwhelmed that somebody can wait several months for orthopedic or cardiology,” she said.

Others hope the Bridge to Reform will help them offer shelter.

One model for such an approach currently being studied by the state Assembly Select Committee on Homelessness is the Los Angeles-based Skid Row Housing Trust. At its model facility, the Trust places homeless people in one-room apartments. The Trust offers medical, mental health, substance abuse and case management services in the same complex.

Residents pay as little as $56 per month in rent, said Molly Rysman, the Trust’s external affairs director. It costs the Trust from $5,000 to $7,000 per person annually to provide comprehensive on-site services. Currently, Medi-Cal reimburses the Trust for medical and psychiatric services, but not for nursing or case management, and finding other funding sources can be very difficult, Rysman said.

More funding could mean increasing services, Rysman said. The Trust operates 22 facilities, but can only afford to provide the full range of on-site care to about 450 of its 1,500 residents, she said. Elsewhere, services are limited to case management, she said.

One resident of the full-service facility, Theresa Winkler, said she ran away from home at age 12 and spent the next 30 years on the streets as a drug addict and prostitute.

“This place builds your self esteem and it gives you a little bit of ‘I could do this!’ Maybe,” she said.

“And ‘mights’ and ‘maybes’ defeat you sometimes if you don’t have the right people around you,” Winkler said. “Their staff and counselors are the right people. They’re the ones who pull you in the office and say ‘Hey, what’s up? I see you’re kind of down. Do you need to talk?’”

Paul Mitchell, who lives in limited service housing nearby, said his manic-depressive disorder led to years on the streets. Whether he was living in a park or taking refuge in noisy, overcrowded shelters, Mitchell could never get a good night’s sleep, he said. Just being able to close the door to his own room and lie down has made it easier to manage his condition, Mitchell said.

Sharon Rapport, associate director of the California Policy Corporation for Supportive Housing, estimated that about a quarter of California’s 134,000 homeless residents need the sort of comprehensive services places like the Skid Row Housing Trust can offer. While there’s no authoritative tally of such facilities, Rapport estimated available beds at just 15,000. That’s half the beds needed.

Susan Partovi, medical director at Homeless Health Care Los Angeles, said even for homeless people requiring less care, the best option is stable shelter. Research around the world has shown that housing the homeless cuts mortality rates by up to 500 percent, Partovi said. One Boston study set the average age at mortality among the homeless at 47.

“The number one thing we can do to help the homeless is to house them,” she said.

Apart from humanitarian considerations, getting the long-term homeless into stable shelter makes economic sense, Rapport said. Most of these people have illnesses that could be regulated through medication. But life on the streets undermines any systematic treatment, and medical ailments are neglected until they grow into crises that must be dealt with in emergency rooms and through lengthy and expensive hospital stays. Likewise, the homeless mentally ill often are repeatedly incarcerated, which also costs taxpayers, Rapport said.

National statistics show that homeless people in stable shelter cost taxpayers 85 percent less than their counterparts on the streets, she said.

Homeless health care advocates and officials alike said government agencies need to make access to shelter – as well as routine outpatient care that is supposed to be funded by the Bridge to Reform – more accessible.

Health care providers say immigration restrictions included in national health care reform are inadvertently complicating the application process. Under federal law, undocumented immigrants are barred from federal programs such as Medicaid. Legally documented immigrants who have been in the country less than five years also are locked out. So the quest for coverage under California’s Medicaid expansion starts with proof of legal residency.

At Northeast Valley Health, Proctor said that can be a daunting challenge for her homeless clients.

Proctor said her organization is seeking funding to help residents born in other states obtain the documents they need.

“In order to enroll our homeless, we need to have quick access to identification,” she said. “It can be very, very cumbersome and take months to get that.”

In an interview, Boyce said she’s been meeting with county Health Services representatives to address the issue.