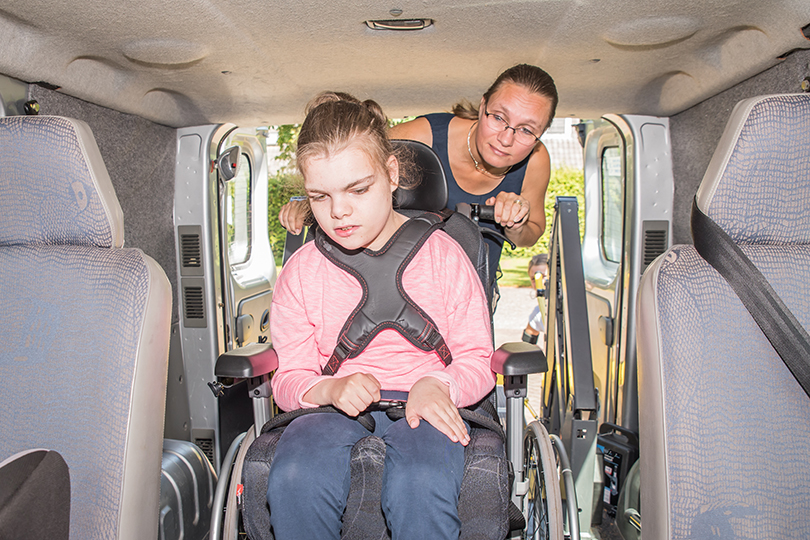 Following a state law that went into effect last year, significantly more low-income Californians are using free transportation to get to medical appointments.

Ride services were already offered by 17 of the 21 Medi-Cal managed-care health plans. Yet AB 2394, authored by Assemblyman Eduardo Garcia, D-Coachella, mandated that all enrollees have access to free transportation, whether through ride sharing, vans or public transport. The mandate officially took effect last July for Medi-Cal, California’s low-income health plan.

Though some 70 percent of Medi-Cal managed-care enrollees already had access to such services, many enrollees were falling through the gaps.

“We had heard a lot of stories about the challenges of people getting to the doctor when they didn’t have a reliable vehicle,” said Linda Nguy, policy advocate for the Western Center on Law and Poverty, which sponsored the legislation.

Data from health plans suggest that the law has had a broad effect. Laura Watkins, a spokesperson for Santa Clara Family Health Plan, the Medi-Cal plan in Santa Clara County, said that rides increased 50 percent between 2017 and 2018.  The insurer previously provided rides to members, but Watkins noted in an email that the new law “helped increase awareness of this benefit.”

L.A. Care Health Plan, the Medi-Cal managed-care insurer with the largest enrollment in California, also saw an uptick in ridership. It provided 70,000 non-medical transports in April 2017. That grew to 79,500 in November 2018, an increase of 13.6 percent, which CEO John Baackes described as a “moderate increase.”

Like Santa Clara, L.A. Care also provided free transportation prior to AB 2394’s passage, although it wasn’t often used. Still, according to Baackes, fewer than 1 percent of enrollees use the benefit.

But the service is often crucial to those who use it, he said. “Helping our members get to appointments is going to lower their chances of ending up in an emergency room later,” Baackes said.

The new law is expected to have the biggest effect in California’s rural counties, where transportation can be a challenge.

Unwittingly, AB 2394 served as a foil to a plan launched last year in San Joaquin County to provide transports to Medi-Cal enrollees who needed services at hospitals in the East Bay, Bay Area and Silicon Valley. A study found that non-emergency medical transport for children was an unmet need in the county and the San Joaquin Council of Governments allocated $250,000 to address the medical transportation issue, using funds from the State Transit Assistance Program.

But the initiative, known as Care Connection and launched in April 2018, has provided a grand total of 12 rides so far, of which only four have been round trips. The service, which ferries county Medi-Cal enrollees to 14 hospitals and charges as much as $20, must now compete with the free transport mandated by the state.

LogistiCare, the company that provides ride services to enrollees in Health Net’s Medi-Cal managed-care plan in San Joaquin County, provided 10,320 trips to enrollees during the first nine months of 2018, officials said. Health Net provides coverage to about 9 percent of the county’s 250,000 Medi-Cal enrollees.

“If you’re competing with a free service and a population that doesn’t really have a lot of money to spend on things, it’s a no-contest situation,” Pourat said.

While the Western Center’s Nguy has been mostly satisfied with the impact AB 2394 has made on the lives of Medi-Cal enrollees to date, she still has some concerns. Although managed-care plans cover about 80 percent of the state’s Medi-Cal enrollees, the remainder are still in fee-for-service Medi-Cal and don’t have a health plan hotline to call to schedule rides. They can still struggle to find transportation, Nguy said.

There have also been some quality issues with the ride services on the managed-care side.

“Sometimes the provider is late or doesn’t show up,” Nguy said. Occasionally there are significant breakdowns in communication, such as a driver who insisted on locating a vision-impaired enrollee by texting the person.

“But overall, I think it has been a benefit for individuals who have had challenges accessing transportation,” Nguy said. “I would say generally speaking, we’re pleased.”