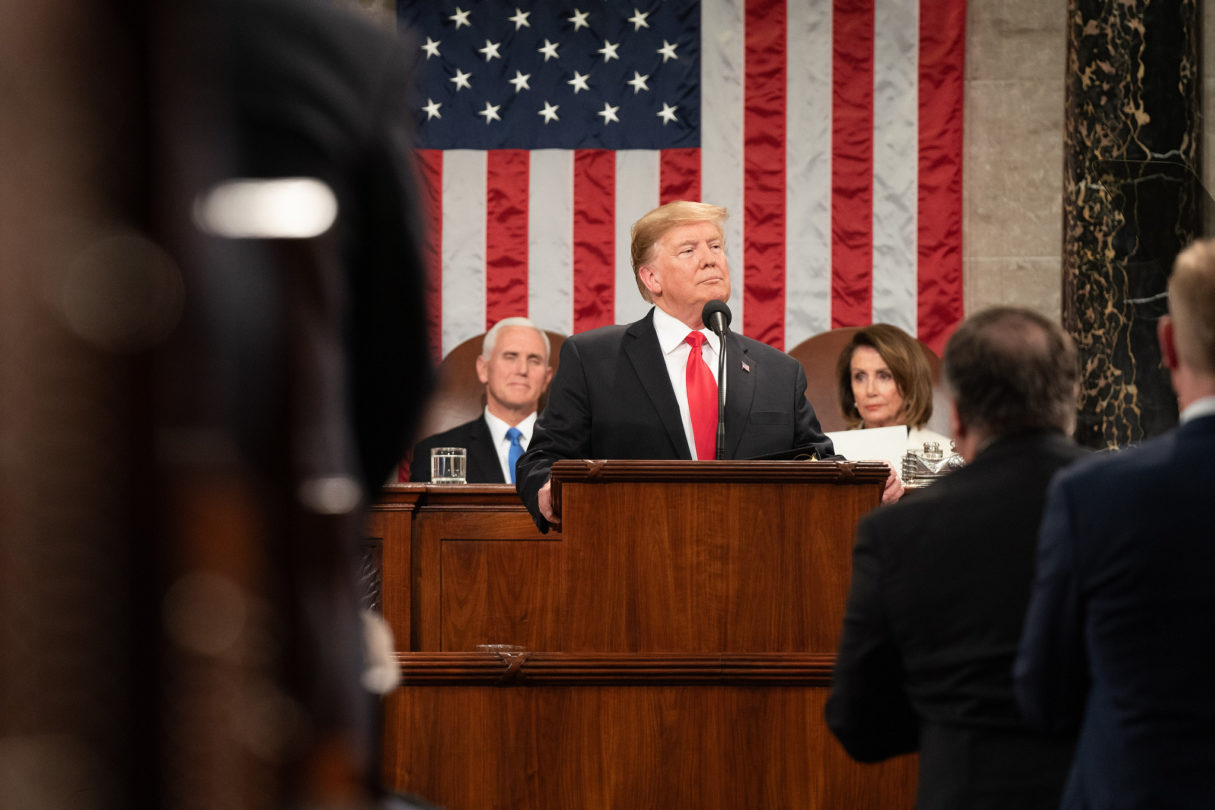 In this country, we believe that our value and ability to contribute to society should not be based on how we look or how much money in our wallets. These principles of fairness and equal opportunity are what unite us as a nation.

The Trump administration’s proposed public charge rule flouts these core values. It is yet another one of the President Trump’s schemes to divide us. This is the president who has also torn apart families seeking asylum protection at our southern border and declared a “national emergency,” bypassing Congress and our Constitution, in an attempt to build a wall between the United States and Mexico.

The proposed public charge rule, introduced last October, would allow the government to favor the wealthy in deciding whether a person can join loved ones or continue on the lawful path to obtain a green card. It would tell families who earn under $62,000 that they need not apply—regardless of what they can contribute to our country.

A study by the Migration Policy Institute predicts that the proposed rule’s arbitrary factors would also favor immigrants from predominantly white countries, versus those from predominantly Latino countries. A rule that would codify a preferential immigration policy based on race would not only violate the fundamental right to equal protection under the law; it would take us backward at a time when so many communities and advocates are moving forward to undo the structural racism embedded in our society.

The proposed rule further defies common sense in its inconsistency: It says its purpose is to promote self-sufficiency, yet it would penalize people for utilizing, even temporarily, supports like Medicaid and the anti-hunger and nutrition program called SNAP that actually help people remain healthy, go to work, care for their families and do well in school.

Even though the rule is only proposed and has not gone into effect, it has already caused widespread misunderstanding and fear. A father, who has a green card and whose children are U.S. citizens, refused food assistance because he heard about Trump’s rule on the news, even though his family’s status made them eligible for the aid without any public charge risk. A senior living on Social Security benefits was prepared to leave her affordable apartment until a legal-aid advocate reassured her that the rule was only proposed and would not apply to her in any case. These are just two stories that illustrate the distress and harm that the proposed rule is inflicting.

Data on Californians’ participation in health and other essential programs indicate additional ill effects of the proposed rule. For example, Covered California is concerned that the proposed public charge rule may be a cause of the significant drop in new sign-ups for health care coverage in 2018-19 among households where Spanish, Mandarin or Korean is the preferred spoken language.

Fortunately, people across the nation have risen up against Trump’s divisive proposed rule.  By the hundreds of thousands, people and organizations representing every walk of life—grandparents, young people, doctors, nurses, business people and teachers—sent comments to the Trump administration that emphatically oppose the rule. Western Center on Law & Poverty submitted an opposition letter and is proud have joined the many voices of resistance.

As in the past, when civil rights and basic fairness have been at stake in our country, we have come together to say that the proposed rule is unfair and makes no sense because it will make people less self-sufficient, families less stable and hurt our economy.

Now and over the coming months, the Trump administration must review and respond to the public comments and decide whether to adopt the rule or listen to common sense and the great many who oppose it. Meanwhile, organizations across the country persist in speaking out against the rule and its harmful and divisive effects. Community advocates and public agency workers continue to inform people that the rule is only proposed and is not in effect, and are advising fearful families about the health, food, housing and other supports that they may need. The Protecting Immigrant Families coalition is working tirelessly on this issue.

As health care, antipoverty and civil rights advocates, we urge all to strive for our country’s highest ideals, stand for what is fair and not let Trump divide us.

Mona Tawatao is a senior health attorney with Western Center on Law & Poverty, which is a member of Protecting Immigrant Families.