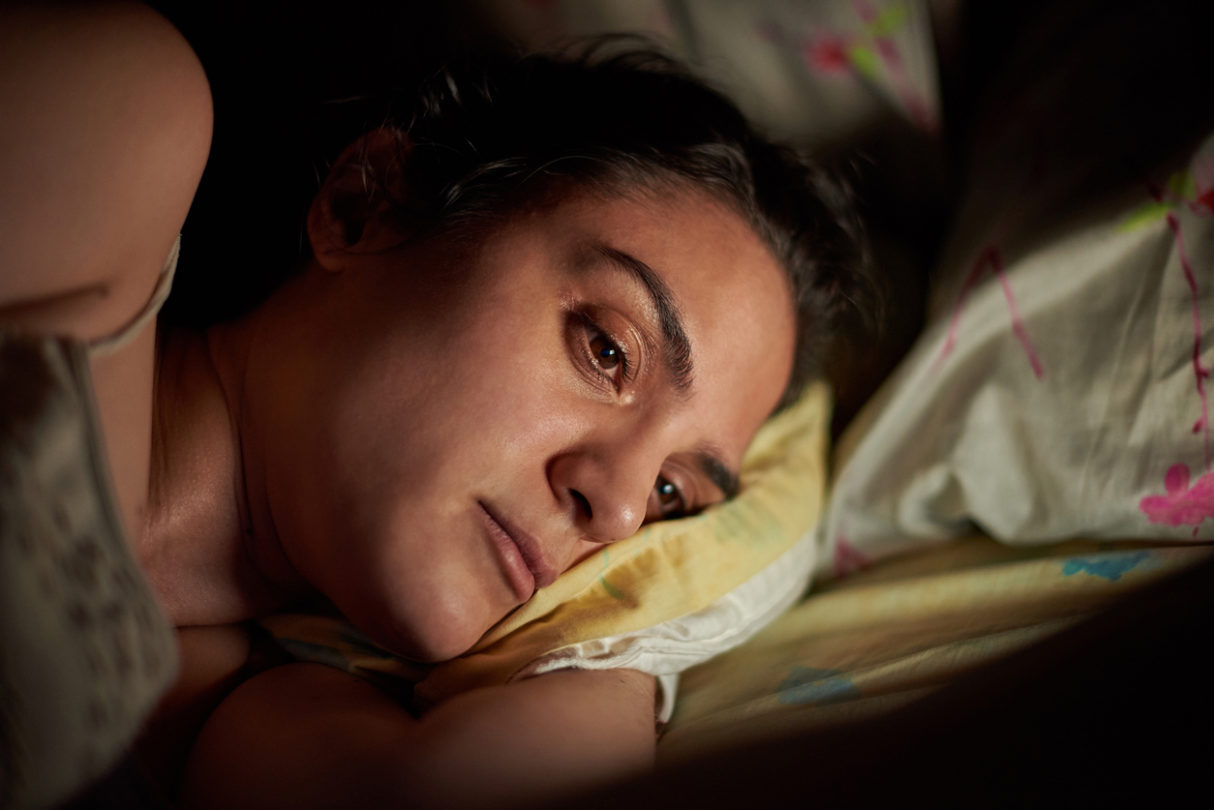 The mother who arrived at the doorstep of the Martha Diaz Shelter in Madera County with her two young children was terrified.

Terrified of the husband who’d raped and beaten her for seven years, held her captive in the house, and denied her medical care for the injuries he’d inflicted. Terrified because, in a fit of rage, he’d hurled a picture frame at her, which hit her baby. And terrified she’d be deported to Mexico and lose her children if she went to the police, or even entered the shelter.

“The only way she would go in the shelter, she made it very clear to us, was that her children had to be with her at all times, even if she went to the bathroom,” said Tina Rodriguez, who runs the domestic violence shelter serving mainly Latina and undocumented women. “She’d heard stories about how (Immigration and Customs Enforcement) did raids and how they would … gather all the children and hold them separately while they arrest and detain the adults. “The woman, who arrived at the shelter early last year, had heard about recent raids in the community, in which an uncle had been detained and deported. As far as Rodriguez is aware, however, ICE has not targeted domestic violence shelters.

Rodriguez is encountering extreme fear among immigrant domestic violence victims a lot these days. Spooked by ICE raids in their communities, news of family separations at the border, and anti-immigrant policies from the federal government, undocumented domestic violence survivors are staying with abusers longer and shunning help, often at risk of their lives, victim advocates said.

Survivors who do come forward also face greater challenges to pursuing safety and stability than in the past. Since 2007, undocumented victims of domestic violence have been able to apply for a “U visa” granting them legal status if they help police bring their abuser to justice. The purpose of the visas, when approved by Congress in 2000, was to improve public safety by encouraging crime victims to come forward.

But obtaining these visas has become increasingly fraught under the Trump administration, advocates said. Those who apply face a years-long waitlist, increased scrutiny of their cases and deportation risks. In many cases, legal advocates still recommend that victims pursue the visas, but the decision is a riskier one than in the past.

“There’s more people hesitant now than ever,” said Rodriguez. Victims “are falling more underneath the radar … When I do see them, I’m no longer getting someone that comes in with an injury or two. I’m getting them when they’re severely beaten and it’s a matter of life or death.”

In a 2017 poll, organizations working with domestic violence survivors reported almost 80 percent of immigrant victims were scared to report their abuse to the police. Three out of four advocates said their immigrant clients had concerns about pursuing their case in court, and almost half said they worked with survivors who dropped civil and criminal cases out of fear.

Grace Huang, policy director for the Asian Pacific Institute on Gender-Based Violence which helped conduct the poll, said she expects an updated survey planned for this year will reveal an even bleaker picture.

“It’s probably gotten worse given what we are hearing. There’s been more restrictions, more rigid interpretation of the law,” she said. “We are hearing from individual attorneys that they are working with individual survivors who are declining to apply because they’d rather be under the radar than (have) immigration authorities have any information about them.”

Applying for U visa protection has become more perilous on several fronts, Huang said. First, there’s the ever-growing waitlist. U visa approvals are capped at 10,000 per year, but there are currently more than 200,000 applications pending, according to U.S. Citizenship and Immigration Services data. That means applicants must wait years for their case to be approved. Advocates said the long wait list predates the Trump administration. But Huang said the current administration has made no effort to boost staffing to address the backlog, even as it increases scrutiny of each case. She said there are only about 60 adjudicators processing U visa applications—not enough to keep up with the ever-growing number of applications.

Meanwhile, federal policy changes have put applicants on edge. In 2017, the Trump administration rescinded a policy that protected crime victims from deportation if they had a U visa application pending. This increases U visa applicants’ risk for deportation if they get detained for a minor infraction, such as a traffic violation, or are found to be in the country unlawfully, according to a Human Rights Watch report.

Then in December, the U.S. Citizenship office put out a memorandum allowing initiation of deportation proceedings against applicants who’ve been denied a U visa. That was not common practice in the past, Huang said, and makes applying for a U visa more risky.

Even as wait times increase, immigration authorities have rolled back a practice of granting temporary work authorizations to U visa applicants following a preliminary review of their paperwork, said Huang. A few years ago, applicants could expect to get a work permit within about 6 months, she said. Now many people are not getting these provisional work permits at all, said Rosie Hidalgo, senior director of public policy at Casa de Esperanza, a nationwide organization fighting domestic violence in Latino communities.

Other challenges for survivors include more intense vetting of U visa applications by immigration officers, increased difficulty getting certain application fees waived, and fears of repercussions from accessing public benefits such as food stamps and health care that can help stabilize survivors while their cases are pending, advocates said.

“Everything is harder, everything is more difficult, everything takes longer,” said Angel Graf, managing attorney at the Immigration Center for Women and Children in San Francisco.

“It’s almost like death by 1,000 paper cuts,” said Morgan Weibel, executive director of the Tahirih Justice Center, also in the San Francisco Bay Area. “All these things coming together creates this burden for clients.”

Graf said she still recommends eligible survivors apply for the visas, because for many it’s their only chance of obtaining legal status, and delaying an application could make their wait even longer. But she also has to warn them of the potential risks.

“I have to tell victims that there is no special protection for (them),” she said. “That just like any other undocumented person they are taking a risk. If their case is denied, they could very well be sent to a deportation proceeding … It’s an additional worry.”

At the Tahirih Justice Center, legal advisors are allowing survivors who are nervous about providing personal information on a U visa application to use an attorney’s address instead of their own, Weibel said.

And at Community Action Partnership of Madera County, which runs theMartha Diaz Shelter, victim advocates have enlisted attorneys to help represent clients applying for U visas, and work closely with the local district attorney’s office to expedite paperwork. They also work with county law enforcement to reassure undocumented community members that they won’t be deported if they come forward to report a crime.

Compared to survivors in some other parts of the country, U visa applicants in California do have some advantages. They can apply for food stamps and Medi-Cal for themselves and their children, for example. And, at least in some jurisdictions, local law enforcement agencies are following the state’s sanctuary law that limits cooperation with federal immigration authorities.

What’s really needed, however, is greater protection for applicants, a lifting of the 10,000 annual visa cap, and hiring of more federal staff to review U visa cases, Hidalgo and others agreed. Some victims rights advocates are pinning hopes on a plan by California Congressman Jimmy Panetta to reintroduce a bill that would remove the cap, prevent detention or deportation of U visa applicants, and require timely processing of work authorization permits.

Back in Madera County, the domestic violence survivor Rodriguez encountered is now living in transitional housing and anxiously awaiting the outcome of her U visa application. She’s still worried she’ll be deported and separated from her children, Rodriguez said. She calls staff every day to ask about her status. Her ability to move her life forward is on hold.

“In domestic violence relationships survivors talk often about feeling like they walk on eggshells,” Rodriguez said. “With undocumented survivors, they stay walking on eggshells even after they leave the abusive relationship because they’re still at the mercy of the system to approve them the right to stay here.”