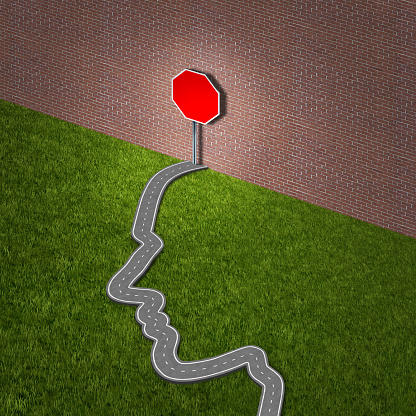 A woman goes to talk to a psychiatrist about post-traumatic stress from serving in the military, but as soon as she reveals she’s lesbian, she’s inaccurately diagnosed as having borderline personality disorder. An African American boy who speaks very little because he’s afraid of revealing family problems is wrongly placed in a special education classroom for years. A woman who speaks an indigenous Mexican language is effectively barred from seeing a therapist because no translators are available.

These are all real stories people told to groups of researchers who spent the last five years investigating disparities in California’s mental health system and how to end them. The collaborative research, paid for by the state Department of Public Health, examined five populations: Latino, Asian Pacific Islander, African American, Native American and lesbian, gay, transgender, bisexual, queer and questioning (LGTBQ).

While the final report is expected to be released in next month, the draft version has already been downloaded by health professionals worldwide. The extensive report provides a blueprint for bettering California’s mental health system for people of color and those who are LGTBQ. Advocates say, however, that more funding is needed to implement the report’s suggestions. That the state funded the report in the first place is a victory, they say, but putting the recommendations in place is another hurdle.

“Communities of color in California are the majority in the state — they’re 60 percent of the state — but the populations that are the target focus of this strategic plan still face overwhelming disparities in mental health, both in terms of access but also in terms of outcomes,” said Ruben Cantu, program director at the nonprofit California Pan-Ethnic Health Network, who compiled the final report.

The Department of Public Health has committed $60 million, spread out over next four years, to help implement the suggestions from the report.

The funding comes from the Mental Health Services Act, a state law implemented in 2004 that collects a 1 percent tax on personal income above $1 million. The tax is expected to generate about $1.8 billion this fiscal year and nearly that amount the following year, according to a February report from the state Department of Health Care Services.

This year the state will spend $15 million on the reducing disparities project, or less than 1 percent of the expected revenue from the Mental Health Services Act.

Because the project addresses disparities that affect more than 60 percent of Californians, Cantu and other advocates who worked on the project believe the state should commit a larger amount of funding to it.

“We feel that $60 million over four years is drop in the bucket when it comes to the funding for the project, but also in terms of the amount of funding that’s available through the mental health services act,” he said.

A spokesman for the Department of Public Health did not respond by the deadline for this story to questions regarding the level of funding for the project. In a release, Jahmal Miller, the agency’s office of health equity deputy director, said the department hopes the project has a broad impact.

“Ultimately, the end goal for everyone involved is to improve health outcomes and quality of care within vulnerable communities through action and increased awareness,” she said.

Cantu also worries about what will happen after the funding runs out.

“A lot of people, both within the project and at our town hall meetings, pointed to the fact that there needs to be a focus on sustainability,” he said. “We’ll be at the end of those four years before we know it.”

A key recommendation of the draft report is to better count and study the five populations.

Many of the populations in the report say they’ve been forgotten about for too long — there isn’t even data on the number of LGTBQ people living in California, for example.

“People who aren’t counted are invisible and invisible people are not seen as needing services or funding or civil rights,” said Poshi Mikalson, LGTBQ program director at Mental Health America of Northern California, who led the LGTBQ research for the state report.

Groups representing each of the five populations in the report did their own research and then submitted it to the Pan-Ethnic Health Network, which compiled them into a comprehensive document. Nearly 7,000 people across California were involved in creating the population-specific reports, Cantu said.

The report also calls for mental health providers to better understand the cultures of the five populations and to increase access for people who speak languages other than English.

“We want to be making sure we’re working with folks from a perspective of understanding, and treating them as a whole person,” Cantu said.

When addressing mental health disparities, providers should also look at social and environmental factors that affect health, the report adds. Factors such as safety in the community, access to public transportation, equitable housing and income can all play a role in mental health, Cantu said.

Lastly, the report calls for supporting community groups that are already working to reduce disparities.

“They might not have been recognized as mental health providers, but they are doing work that does address disparities and they need to be able to sustain it in the long run,” Cantu said.

To get feedback on the comprehensive report, the state held five town-hall meetings in January and February, and is now finalizing the document.

After the plan is finished, the state will host a conference to share the findings with health providers and others who are trying to improve mental health access and outcomes for the five populations.

The Department of Public Health plans to distribute the first round of funding for implementing the project in September, spokesman Scott Sandow said. Thirty-five pilot projects — seven for each of the five populations — will receive funding.

Jim Gilmer, the co-coordinator of the African American portion of the report and a leader of the Oxnard Mental Health Coalition, said he hopes the project ends decades of disparities in mental health treatment.

“Being an African American male and having done community work, from working with the homeless to gang members to prevention and intervention and working with a lot of folks with very low poverty levels, it’s something I live and breathe everyday,” he said.

The portion of the report he worked on calls for understanding that many communities of color are family centered. “You don’t treat the person individually, you’ve got to treat the whole family,” he said.

Gilmer hopes the report will expand the number of alternative therapy offerings, such as when mental health support is integrated with zumba, poetry or hip hop. He also wants programs that offer these alternative treatments to be evaluated for their effectiveness.

Although he’d like to see more money for the project, Gilmer said he appreciates the fact that the state funded the creation of the report.

“We know this is not a short-term sprint, but really a long, long marathon to change the system,” he said.