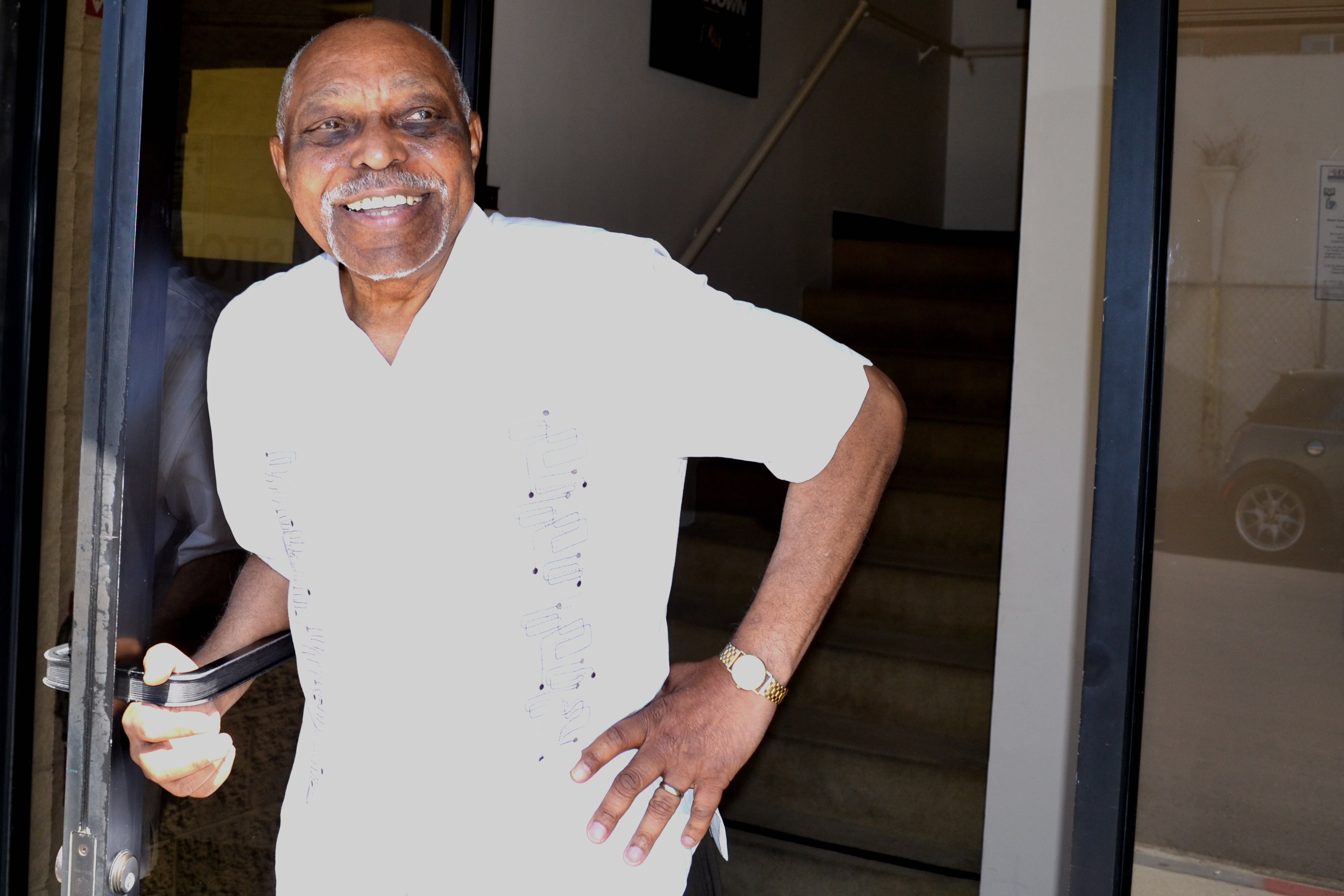 The Rev. Cecil L. “Chip” Murray sits in the small conference room of the center that bears his name. He is both humbled and amazed by the fact of the eponymous Cecil Murray Center for Community Engagement, part of the University of Southern California’s Center for Religion & Civic Culture.

Murray’s energy masks his 83 years and belies the gray in his hair. His eyes still possess a youthful hopefulness for what’s good and what’s right. His commitment to social justice is also reflected in decades of service, first in the U.S. Air Force, then in the ministry, and more recently as chairman of this center dedicated to positive civic engagement, tucked against the 110 Freeway just a few blocks north of USC’s campus in Los Angeles.

Murray is perhaps best known for his role in the civil unrest in 1992 that followed the incendiary Rodney King case. As pastor of the First African Methodist Episcopal Church of Los Angeles, a role he held for 27 years, Murray struggled to keep the peace. Church members went out into the immediate community in an attempt to stop the violence, and when that didn’t work, they welcomed those displaced by fire into their house of worship. Murray went on television with talk show host Arsenio Hall to plead for people to “be constructive in your anger, not destructive, not self-destructive.”

The First AME Church has a storied history in South Los Angeles. Its membership peaked at 18,000 in the 1990s; today it stands at 19,000. Outreach efforts flourished under Murray’s long tenure, and church programs ranged from homeless assistance to a “lock in” program that steered young people away from drugs and gangs. “The black church,” Murray told the Los Angeles Times in 1990, “must be the salvation of black men and black boys.”

When asked about the 1992 riots, Murray looks off to the side and responds with a quote from author Langston Hughes about a dream deferred. The Murray Center’s mission, as well as that of its namesake, is organizing the nonprofit and faith-based community to try to ensure that some day no more dreams are deferred.

The center has added 500 organizations into its database since it opened in late 2011, Murray says, with an emphasis on South Los Angeles specifically and Southern California at large. Its focus is on issues such as education, housing, reentry, substance abuse and legal counseling.

“If people have access and if they have motivation, then the two will go together for success,” Murray says.

Major challenges face underserved and minority populations in modern America, Murray says. He draws upon Martin Luther King Jr.’s assertion that the three major threats to mankind are racism, war and poverty. In Murray’s opinion, poverty is society’s biggest threat, and he breaks it down into what he calls the Four P’s: poverty of family, poverty of pocket, poverty of education and poverty of image.

Murray sees poverty as more than empty pockets. He wants to get beyond discussions of poverty that use the old adage about being given a fish instead of being taught how to fish. He wants to go a step further—he wants to see more people owning the pond.

“You won’t last or linger without that component,” Murray says. “Teach them how to fish, yes, that’s fine. But it won’t work much for the next generation.”

Murray sums up poverty of family as too many missing fathers. For that he blames the disproportionate number of African American men in the U.S. prison system, for which he cites unfair sentencing practices relating to drug charges. Establishing reentry programs for prisoners coming out of the system is one of his priorities.

Murray sees the poverty of education as stemming from high dropout rates in poorer communities. Lack of an education leads to lower earning potential, which leads back to poverty of pocket. Too many young African Americans aren’t aware of or don’t take pride in accomplishments made by those who came before them—the cause of poverty of image.

When considering health care, Murray ties his Four P’s together. “When you’re poor in pocket, family, image and education, you’re going to be poor in health,” he says.

Murray’s current work reflects what he started as the pastor at First AME Church, where he stressed community engagement.

The Rev. Mark Whitlock met Murray in 1982, when his future wife took him to the First AME Church. Whitlock is now a pastor at Christ Our Redeemer AME Church in Irvine and executive director of the Murray Center.

“I think the Rev. Murray has a deep passion and compassion for people,” Whitlock says.

“The 99 percent are rebelling against the 1 percent,” he says. “It’s a difficult lesson to learn, because as Lord Acton says, power tends to corrupt, and absolute power corrupts absolutely.”

“There has to be monitoring of power,” Murray says during the interview at his center. “You have to have surveillance, monitoring, disciplinary rules, and you have to insist on the execution of these rules.”

Murray has been training for a job like this all his life. He grew up in Florida and has been married to his wife, Bernadine, for 54 years. The couple has one child, Drew, also a reverend. Murray’s mother died at a young age, and his father worked as a school principal. People said that the young Cecil, who had the same leadership qualities as his father, was a regular chip off the old block, hence the nickname.

Early on, Murray understood the importance of education and attended Florida A&M College (now university) in Tallahassee, where he majored in history. He repaid his $1,600 scholarship by enlisting in the Air Force.

It took a harrowing personal experience to turn him to the ministry. Though he had an interest in the ministry at an early age, an episode in the Air Force called Murray to service. As he tells the story in his memoir “Twice Tested by Fire,” during a failed takeoff attempt, the cockpit filled with flames, and he heard a voice telling him to use the escape hatch in the rear of the plane. Murray survived, eventually retired from the Air Force and entered the seminary.

Murray enrolled in the Claremont School of Theology. After he completed his education, his first pastoral assignment from the African Methodist Episcopal Church landed him in Pomona. That was followed by stints in Kansas City, Kan.; Seattle; and finally Los Angeles in 1977.

“I looked at pastors who were primarily for themselves instead of for the people, and I thought that they should be working to lift their communities and their people and not themselves,” Murray says. “So I shifted from being the critic to being the participant.”

He works from 9 a.m. to 4 p.m. at the center, followed by additional duties such as prison or hospital visits. Though he is at an age when most would retire, Murray continues his mission. He exercises five days a week and ends his days by reading and watching the occasional basketball or football game.

“We’re going to keep growing and keep the dream going,” Murray says, “and the rest is up to the boss.”

This story originally appeared in the California Health Report magazine’s Winter 2012/2013 issue. Read the rest of the magazine here.