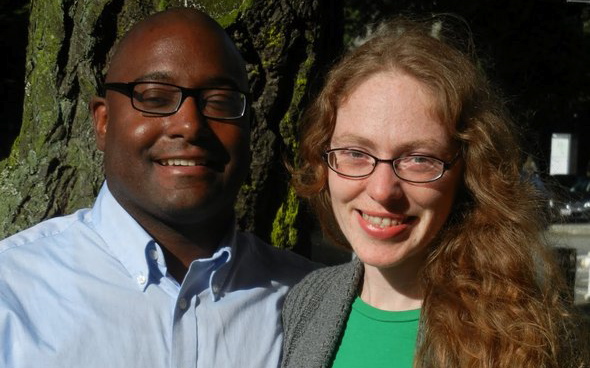 When Kenya Wheeler enrolled in UC Berkeley’s Student Health Insurance Plan at the beginning of his graduate studies, he skimmed over the section outlining the $400,000 lifetime limit on how much the plan would pay for his care. At the time, the 37-year-old, rode his bike to campus every day and paid attention to what he ate, had always been fairly healthy.

The lifetime cap became relevant to him in the worst way in his final semester of graduate school. He was diagnosed with lymphoma. His treatment included the surgical removal of a tumor in his brain, outpatient and inpatient chemotherapy treatments and a prohibitively expensive daily chemo pill he took at home.

Just as Wheeler skimmed over the lifetime cap in his policy, many have skimmed over what health-care reforms are doing to address the issue of lifetime limits. The Affordable Care Act does much to insure the uninsured, but it also has specific regulations that will benefit people who are already covered.

Before the legislation passed, many health-care plans had annual and lifetime limits on what they would pay for services. But the Affordable Care Act phases out those limits. Soon after the full law goes into effect January 1, 2014, insurers will not be allowed to impose annual or lifetime limits on essential health-care services. For most commercial plans this regulation is already in effect.

The idea behind the change is to spread the risk — and the cost — of catastrophic health problems throughout the entire population, rather than forcing individuals to bear the brunt of the financial burden. Instead of the unlucky few facing financial ruin due to a major illness, everyone will pay a little bit more for their health insurance coverage.

Because of a quirk in the law, however, UC plans will still be allowed a lifetime limit. Many student health plans will not be allowed to have any lifetime limits after 2014, but self-funded plans managed by the university are exempt from this rule. All health plans in the UC system are self-funded. The law would need to be amended to include them in this requirement.

Before going to graduate school, Wheeler worked as a planner for BART.

Then, in the beginning of 2008, Wheeler’s Aunt Mary Jane got sick. She was living in Chicago without health insurance. It took the public health doctors until the summer to diagnose that she had leukemia.

Wheeler decided to volunteer for the Obama campaign when he heard health-care reform was one of his top priorities. Thinking of his Aunt Mary Jane, he organized phone banks and recruited volunteers to go to swing states.

The week of Obama’s inauguration, he went to Washington D.C. for the historic celebrations and a romance developed with Berkeley campaign organizer Ruby Reid.

Two days later his Aunt Mary Jane passed away before she could get a much-needed bone marrow transplant. He went to the funeral in Chicago almost immediately after returning from the inauguration.

Eventually, Wheeler enrolled in UC Berkeley’s Graduate program in the Department of City and Regional Planning to return to his planning roots with his newfound civic duty.

Right before he started his final semester at Cal, he had a series of seizures. His then-girlfriend Reid called 911 and he was rushed to Alta Bates Hospital in Oakland. Brain scans found a mass in his right frontal lobe. On September 5, a neurosurgeon opened up his skull and removed the mass. It wasn’t until the doctors were testing the tissue that they suggested he should go see an oncologist

“That was the first time I heard anyone mention cancer,” Wheeler said.

The oncologist told him that he had a rare form of lymphoma.

“I remember the doctor talking, but I zoned out,” Wheeler said, “and then he was like ‘Are you really listening? This is really serious.’”

The doctors seemed to have caught it early and removed all the cancer cells in the surgery. But they wanted to do an aggressive form of chemotherapy to make sure that it didn’t come back.

For four months Wheeler was in and out of the hospital for chemo every other week for five days at a time. When he wasn’t in the hospital he had to take Temodar, an oral chemo drug at home.

“That was my first brush of realization of the medical cap,” Wheeler said.

When he went to get his final prescription of 25 pills filled he was told his insurance would no longer cover it. His plan had a $10,000 cap on medication. Between Temodar and the half dozen other medications he was taking to control his side effects he’d reached the limit.

Without the funds to pay for the brand-name medication outright, but knowing he needed it to complete his treatment, Wheeler wasn’t sure what to do. Eventually he applied to a program from the manufacturer providing the pills for free to low-income patients. He was accepted.

“The UPS guy came the day I needed to start taking that final bottle,” Wheeler said.

After that, Reid said that they should look into the lifetime cap on his coverage.

“We started looking back at the hospital bills and had this ‘oh no’ moment,” Wheeler said.

One day in the hospital cost $5,000 to $10,000. Wheeler was being admitted for five days at a time. In the final phase of his treatment, he’d have to stay for nearly a month.

The couple went to meet with an advisor in the health insurance office. The advisor told them they couldn’t waive the limit. She offered two options. One was to purchase a conversion plan through Anthem Blue Cross that couldn’t deny him based on his preexisting condition. He’d pay $500 each month and 30 percent of his expenses. They couldn’t afford that.

The other option was to apply to Medi-Cal, since the doctors had ruled Wheeler disabled. But Medi-Cal disagreed that Wheeler qualified as disabled and denied his application—a decision Wheeler is appealing.

But the couple came up with a third option. They were planning to get married eventually. Wheeler had his sight set on a wedding package in the Santa Cruz mountains, where the wedding party takes a historic steam train into the wedding site and then back to the reception area.

“It looked really cool,” Wheeler said. “I’ve been a transit buff since I was a kid.”

But facing medical bankruptcy, the couple opted to get married in the UCSF hospital meditation room on the day Wheeler began his final three weeks of intensive chemotherapy treatment.

The treatment worked. Ten months after he finished, there is still no sign of cancer in his body.

Thanks to Obamacare, Reid’s Blue Cross Blue Shield insurance plan from her job at a national political action committee can’t place any lifetime limits on essential care. A month after their marriage, Wheeler’s care was covered.

He’s still not sure how much he owes for his care under the Student Health Insurance Plan.
“I have eight binders full of bills and paperwork,” Wheeler said.

Fighting cancer has made Wheeler prioritize what is important. He’s grateful for the support of all the people passionate about health-care reform that he met while working on the Obama campaign—many who’d had their own cancer battles.

“This could happen to anyone,” Wheeler said. “You never know when a medical calamity could happen. It does change your whole life.”

He has learned to be much more of an advocate for himself and others.

Although he was able to get insurance with no lifetime limit through his wife’s employer, he still worries about other students stuck with the UC Student Health Insurance Plan.

Wheeler and fellow students have been advocating that the UC plan voluntarily follow the new regulations – something administrators are looking into, according to Brooke Converse, spokeswoman for the UC Office of the President.

“However, to do so would require an increase in premiums for all students,” Converse said. They might have to raise the premiums as much as 25 percent to cover the cost of removing the limit.

During the 2011-2012 school year, five students reached the cap, according to Converse.

“If you’re fighting a major medical crisis,” Wheeler said, “you shouldn’t have to fight for your health and your health care.”