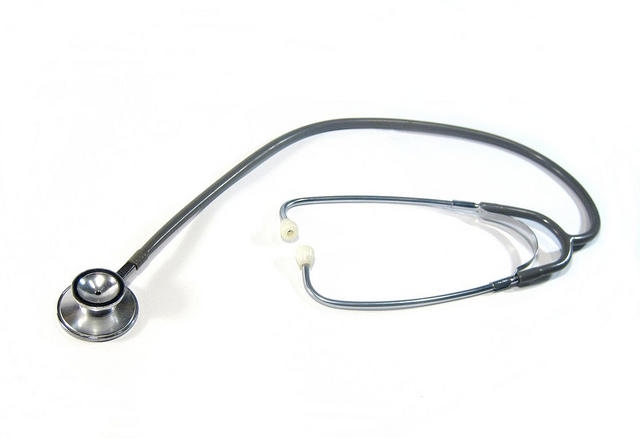 Across the country, doctors, hospitals and insurers are forming new healthcare entities to increase the efficiency and quality of healthcare, and lower the cost of it. Called accountable care organizations (ACOs), these groups are gaining ground, even though critics consider them a repackaging of HMOs—some of which have given managed care a bad name.

An ACO is a group of healthcare providers such as doctors, hospitals and others, including insurance companies, who agree to work together to provide overall care to their patients. Those providers are accountable for the quality and cost of that care. If they reduce costs while improving patient care, they share in the savings. If they don’t deliver, they may risk losing money.

While the idea has many proponents, critics are concerned about the creation of large healthcare groups that could have too much influence over physician decisions. That could backfire and ultimately result in increased healthcare costs.

“Hospitals controlling and running ACOs – that makes our members very nervous,” said Francisco Silva, vice president and general counsel for the California Medical Association based in Sacramento. “It’s absolutely important that ACOs are physician led…The ACO model can be a very good thing, but it needs to be done carefully as a collaborative effort,” he said. “We learned from the HMO experience. There were a lot of stories of folks being denied care.”

But there is increasing support for changing the way healthcare is delivered and making all parties in the system accountable for the cost.

“Right now I’d say there is a growing consensus that accountable care is the future of healthcare,” said David Muhlestein, an analyst with Leavitt Partners LLC, a Salt Lake City-based healthcare analyst firm.

But a clear definition an ACO has yet to be determined, he added.

ACOs are emerging both through Medicare and in the private sector. The Affordable Care Act required the Centers for Medicare and Medicaid Services (CMS) to develop an ACO program, which, as of July 9, has 154 ACOs serving 2.4 million Medicare patients. These ACOs must meet patient care standards based on 33 quality measures.

Similar ACO models are developing in the private sector led by doctors groups, hospitals and private insurers. Most of those have patient care quality benchmarks similar to the Medicare ACOs, Muhlestein said.

One of the leading tools for improving efficiency and patient care is the adoption of electronic health records for recording and sharing patient data.

“Now we find out who the patient is attributed to and track all his or her other doctors and connect them,” said Cynthia Guzman, CEO of Coast Healthcare Management LLC, which manages Premier ACO Physicians Network, a subsidiary of Lakewood IPA in Lakewood, Calif. Premier is a Medicare ACO which launched in April.

The group is also hiring nurse advocates to help patients get in to see their doctors, to answer questions and to coordinate care.

Hiring advocates is meant to help prevent some common problems. If a patient leaves the hospital and needs antibiotics but they aren’t delivered on time, for example, that could result in the patient being readmitted to the hospital, Guzman said.

“It’s the wave of the future,” she said, “so you enter into it, and hopefully we’re better off for it, but there are no guarantees.”

Blue Shield of California has six active ACOs in California. Two of those launched in July of 2011 and are contracted with the Health Service System City and County of San Francisco. They serve 25,000 beneficiaries and are intended to provide competition in the marketplace, said Lisa Ghotbi, chief operating officer for the Health Service System. Blue Shield originally estimated annual savings of $10 million to $15 million for the city and county.

“We are on track to meet that target and will have final numbers by December 2012,” said Kristen Miranda, vice president of provider network management for Blue Shield.

Premium increases in 2012 for city and county employee and retiree members and their dependents were very minor, Ghotbi said.

But next year’s premium was originally going to increase about 13 percent.  On July 3, the Health Service System board approved moving from a fully-insured HMO to a self-insured /flex-funded HMO, and subsidizing the family rate, so that members with families could afford to stay with Blue Shield, Ghotbi said. Those measures got the rate down to a 3.05 % increase.

As a result of that restructuring, the City and County of San Francisco will now bear more financial risk, so they are even more focused on ensuring the continued success of both ACOs, Ghotbi said.

“We have seen enough evidence to be assured that the ACO model is an improvement to our current healthcare system,” she said.

One way to do that is to provide an appropriate level of care when people need it. For instance Brown & Toland Physicians Group, a member of one of the two Blue Shield ACOs for the city and county of San Francisco, opened an After Hours Care facility in San Francisco in March. Patients can be treated for asthma, fever and flu symptoms, wounds and other ailments that might otherwise have landed them in the emergency room.

Another area many ACOs are scrutinizing is specialty care. Blue Shield reported some early results from its Sacramento-based ACO for California Public Employees Retirement System members. They found an overutilization of hysterectomies and elective knee surgeries. The physicians’ group and hospital are now investigating therapy and treatments that should be tried before resorting to surgery, Blue Shield reported.

“There’s evidence that there are a lot of procedures out there that don’t improve health,” said Kelly Devers, a senior fellow in the Health Policy Center at the Urban Institute, a Washington D.C.-based non-partisan economic and social policy research organization. “We’re clearly spending more money than anyone else in the world, but we don’t see the results in our populations’ health.”

Traditionally, specialists like cardiovascular surgeons and oncologists have been the heroes, the profit centers of hospitals, but under an ACO model, those doctors will likely become the focus for cost savings, she said.

And many clinicians are tired of the productivity treadmill, being compensated for the numbers of patients they see and procedures they do rather than for the quality of the care they are providing, Devers said.

But in order for healthcare providers to take on the responsibility for the overall health of a large group of patients, more coordination between physicians is necessary, requiring even more integration among primary care providers, surgical centers, cancer centers, nursing homes and others, said Devers and Muhlestein.

The upside is better physician communication, reduced waste and more preventative medicine. A potential downside is that with consolidation of doctors, hospitals and specialty clinics, ACOs could become so powerful they may start setting healthcare prices in the future, leading to an overall increase in costs, Muhlestein said.

This healthcare reform model also carries a huge potential downside for some providers who will bear more financial risk, possibly resulting in the closure of some physician groups and hospitals, Muhlestein said.

Despite all that there is a strong feeling of hopefulness in the industry.

“There is an enormous amount of potential for taking the waste out of the system and for improving patient care and helping us control costs,” Ghotbi said.