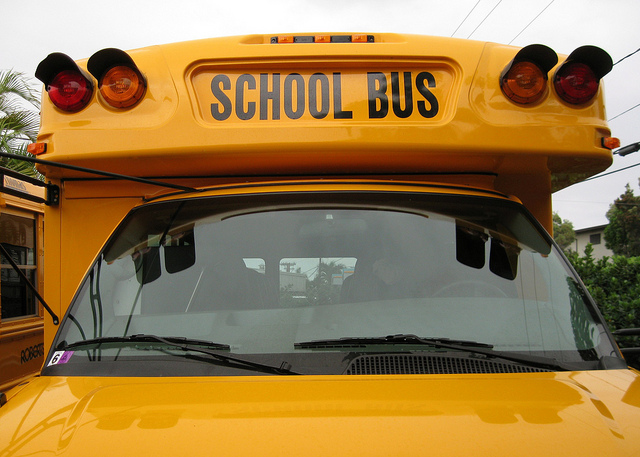 As valley school districts turn to their transportation funding to help balance budgets, they’ve found themselves champions of another form of busing to get to and from school – the public transit systems.

Merced Union High School District is one such school district, as is the city of Fresno.

“Any civic planner can tell you the more the community combines resources the better it is for every one,” said Leonard Kahn, assistant superintendent for the Merced school district.

This fall, Merced will eliminate almost all of its busing except for students who live outside a five-mile radius of their school and those that have no direct transit route near them. Only five or six routes out of 20 will still remain, Kahn said.

He is encouraging parents and their students to utilize The Bus, Merced County’s public transit system to get to school.

“It is entirely likely that it will cost $270 for a year a student, but the passes they purchase they can use all day. They can go to a doctor, or visit a friend after school or stay for a club.”

Lori Flanders, the public information officer for Merced County Association of Governments’ (MCAG)– the public transit system’s governing body – said that 7 percent of The Bus’ total riders are in high school or middle school. That equates to approximately 68,000 rides per a year.

The MCAG board recently approved a half-price semester pass for high school students for the fall semester, charging $90 instead of the typical $180 for the pass.

“We hope the discount will encourage students try out the public transit system,” Flanders said, “so that they’ll have a firsthand experience of its reliability and safety.”

Down the highway in Fresno the school district and the city’s public transit system have had an informal partnership for some time.

“It’s not unusual for school systems this day in age to shed their bus service (and turn to us),” said John Downs, planning division manager for Fresno’s Department of Transportation.  “But people need to be aware that public transportation can’t offer the same services as they do.”

If public transit system accepts federal money, which Merced and Fresno’s do, then they cannot provide exclusive service by planning around school bell schedules or other special needs.

There is also a difference in safety, Downs said.

“With a school bus, when your child gets on it you can be confident that they will go straight to school with public transportation system we make several stops,” he said. Anyone can get on board the public bus, he added, not just students.

“There are those special additions, too, like the red flashing sign,” Downs said. “There is a level of care and safety that school buses and their drivers provide that we can’t.”

In 2011, 28 percent of FAX (Fresno’s transit system) ridership was students, Downs said.  They can’t quantify what type of student, but since Fresno Unified School District has open enrollment, it isn’t uncommon to see teens, or even a young child with a backpack, on the bus.

“I can tell you from having been (a passenger) on the bus that families will accompany kids on the bus stop and drop them off or get on with them until they get to school,” he said.

There are ways the transit system makes accommodations.

When school starts, Downs said, it causes heavier passenger loads and they dispatch a “tripper,” a bus that is scheduled to serve that stop every hour.

Shana Kemp, communications analyst for Fresno Unified School District, said the school district gives out tokens to some students to use on public transportation – namely those where we don’t have school district bus stops or if it’s more cost effective.

“We carefully review requests to determine if a student meets the criteria to receive the tokens,” she wrote in an e-mail.

Out of 10,000 students in the Merced Union high school district, only 1,500 are served by the school bus service. Kahn stated since the $1.7 million contribution provided to the district’s home-to-school transportation, only a small portion of student enrollment, the transportation service was a prime candidate for a reduction.

Downs in Fresno said it will definitely be cheaper for the school district, but he said school officials and parents elsewhere need to do more research before they fellow Fresno’s example.

“It’s not a perfect marriage,” he said.