Libros Schmibros is about more than books 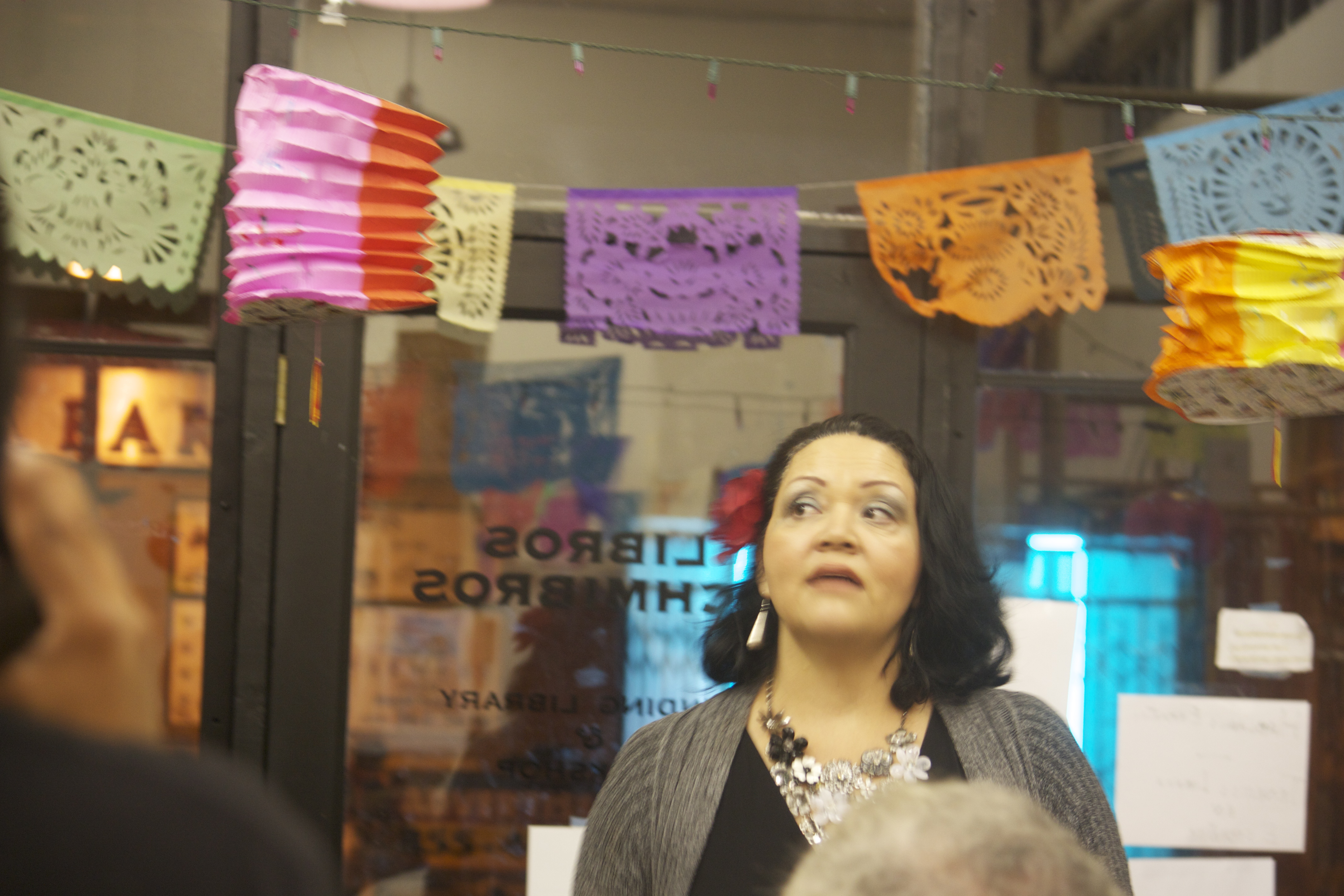 Former San Francisco Chronicle book critic David Kipen has created a small oasis for readers in LA’s Boyle Heights, a working class neighborhood that just a year ago, could have been described as a book desert with few purveyors of the printed word.

Kipen’s combination bookstore and lending library is called Libros Schmibros, a nod to the community’s mostly Latino residents and the Jewish immigrants who settled there in the early part of the last century. It opened its doors in a small storefront on the same day the local library announced cuts in hours, which have since been restored, Kipen said.

Kipen last worked as director of literature at the National Endowment for the Arts, where he encouraged reading nationwide. In Boyle Heights, he’s still evangelizing.

“Readers live seven years longer than non-readers,” he said. The statement is open to question, but Kipen said he hopes to someday convince his epidemiologist brother to conduct a study to prove it.

Meanwhile, on a recent Friday afternoon, he appeared to be hedging his health bets by snacking from a party tray of leftover baby carrots, celery sticks and cherry tomatoes.

“Want a nosh?” he asked as he tapped on a laptop.

Kipen grew up on LA’s west side and when he returned home last year, the self-described transit geek checked out one of the LA Metropolitan Transit Authority’s newest rail lines to East Los Angeles.

He liked the friendliness of Boyle Heights and its mom and pop shops.

“You can walk to get what you need and never set foot in a chain store,” Kipen said.

Pollution from a maze of freeways and crime are still issues, but Kipen argued the violence has been somewhat tamped down.

Kipen’s business card seems to underline the joy of his Boyle Heights find with a quote that reads, “Los Angeles is like your brain. You only ever use 20 percent of it, but imagine if you used it all.”

He settled into an apartment behind what is now the shop and moved his collection of some 7,000 volumes into the storefront to sell and lend.

Boyle Heights residents can buy books for $1. Others pay half the cover price. Every book in the store is available for lending, usually for three weeks. No fines, but donations for late returns are accepted.

After reading of the shop’s opening in the LA Times, musician Ry Cooder stopped by with four boxes of mysteries, Kipen said.

The bookstore still seeks donations, especially Charles Bukowski and Hunter S. Thompson, who Kipen says are among the most sought after authors. HP Lovecraft is also a favorite.

So are books that teachers commonly assign to high school and college students.

To Kill a Mockingbird is huge, said Andrew Vazquez, a teacher who’s looking for work, and one of four volunteer staff members. Spanish – English and French- English dictionaries are also popular, he said.

A special collection, including some first editions and review copies studded with Kipen’s post-it notes, is stored in a glass-enclosed bookcase.

A pop-up version of Libros Schmibros is now selling and lending books at the Hammer Museum in Westwood near UCLA, where Kipen was asked to set up shop last month as artist-in-residence. With a dwindling supply of affordable books in that community, Kipen reports that business is brisk. He has been held over until November 5.

Sometimes called LA’s Ellis Island, authors and documentarians have taken a closer look at the neighborhood in recent years. On a Saturday evening in October, some of them were at Libros Schmibros’ Boyle Heights history night, one of several store events that link the waves of immigrants who settled there in the last century.

Playwright Josefina Lopez, who runs a local theater and whose “Real Women Have Curves” was made into a 2002 coming of age film set in the neighborhood, led off with a poem about her own childhood in Boyle Heights.

George Sanchez, a USC professor told stories that could show up in his upcoming book on the neighborhood. One was about a 73-year old African American woman who had learned of his work and presented him with a couple of grocery bags full of letters, a record of her daily World War II-era correspondence with Japanese American former classmates at Roosevelt High School who were suddenly shipped to far-flung internment camps.

There had to be a back story, Sanchez told the audience, because as the parent of a teenager at the time, he knew no one that age would write so many letters without a compelling reason.

It turned out that when the woman was in middle school, she was a shoo-in to be elected student body president. But her principal insisted she withdraw from the race.

She was certain it was because she was Black, but agreed to pull out anyway. Her Japanese-American classmates were not so accepting, and boycotted the vote in solidarity. The letters were a way to return the favor.

Richard Nieto, who graduated from Roosevelt in 1957, was among several attendees who remembered the neighborhood and his multi-ethnic friendships with nostalgia.

“We were all poor but we didn’t know it until we went to college,” Nieto said.

That’s one reason the book shop caught the eye of customer Shawn Gamez, part of the community’s Latino majority who was browsing on a Saturday afternoon.

“This Jewish guy opens the bookstore. He has the balls to do it,” Gamez said, noting the tension he’s sometimes felt when venturing into other parts of the city.

Gamez, 29, is something of a regular now, along with his six-year-old daughter.

“For me, it’s nice in that kids get curious. Not a lot of kids read anymore.”

And, Gamez said adults also stand to benefit from the books and culture the store brings.

Libros Schmibros is about more than books