Taking the Pulse of Black Women in L.A. 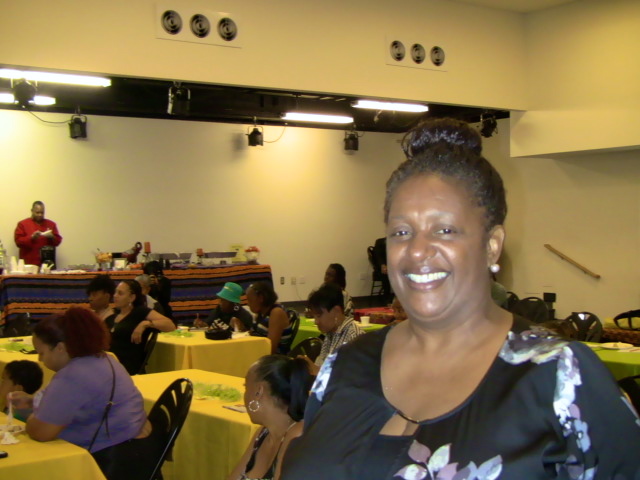 Black Women for Wellness of Los Angeles began with baby steps: In 1997, Janette Robinson Flint and five of her friends agreed to look after 22 pregnant women as a hedge against African-American infant mortality.

“We didn’t realize the extent of resources, time and energy that go into mentoring women,” said Robinson Flint. But the six friends saw it through, looking out for the moms and the babies for that first year.

Today, Black Women for Wellness (BWW) is celebrating its 17th year and has upwards of 100 members working toward a common cause. Robinson Flint is the executive director.

BWW promotes education; advocates for health screenings, increases awareness about sexually transmitted disease and provides tips on everyday nutrition. The organization’s programming grew out of the life experiences of its original mentors.

“The six of us brought different issues, health challenges and life experiences to the table,” said Robinson Flint.

They all knew, going in, that African American women tend to be diagnosed with breast cancer later, when there are fewer treatment options. So when one of the mentors discovered a lump in her breast—which turned out to be benign—the organization developed a Keep in Touch Breast and Cervical Health Education program to offer free screenings, as well as holistic and traditional interventions. Volunteers reached out to churches, mosques, sororities, and other community portals, to ensure that black women were informed about early detection. The nonprofit also sought to make sure they were well represented in research studies and when policy was written.

In recent months, BWW has focused on enrolling uninsured women in Covered California—the state’s version of the Affordable Care Act. And now that the sign up period has closed, Sandi Cook, a program manager for BWW, wants to make sure women actually make it to the doctor’s office to take advantage of their new policies.

“Moving forward, a big component of what we’re talking about is ‘Now that you have insurance, get your [free preventative] screenings,’ ” said Cook. BWW created its own Education Program to Increase Colorectal Cancer Screenings [EPICCS] in response to statistics that show Black people are more likely to die of colorectal cancer than people of any other race.

Get Smart B4U You Get Sexy, another of the nonprofit’s campaigns, addresses the fact that Black girls and women between the ages of 12 and 24 are seven times more likely than other racial groups to contract STDs, said Robinson Flint. By spreading the word, they also hope to stem the spread of HIV/AIDS.

While the dangers of STDs are well documented, the toxins found in products used in the home, as well as in the beauty parlor, often fly under the radar.

“We’ve been going into the community and delivering personalized outreach to the black beauty industry, black barbershops, nail salons, wig shops, beauty colleges, and faith-based congregations with 75 members or less,” said Cook. Sometimes they pass out cards with known offensive chemicals on them, so that women can shop for products that don’t have them.

The kitchen is another place where BWW is seeking to transform lives. Many chronic diseases can be prevented or slowed down by a good diet and regular exercise.

Alexandria Butler-McDow recently joined the organization as a coordinator for BWW’s Kitchen Divas program, where she schedules eight chefs to teach cooking classes for different organizations around town.

“All of the demos we do are with plant-based foods,” said Butler-McDow, who noted that the average class is 15 to 20 people and very often interactive. While seniors typically watch, she said, in “another class that I often facilitate, the participants are in their mid-to-late 40s and those ladies come in ready to help.”

Butler-Dow breaks down her menu, assigning everyone a task. Sometimes people bring a children, parent or mate. A typical recipe, she said, is a salad that includes pinto beans, brown rice, mango, beets, roasted pepper, and onions. The dressing is made of vinegar, mustard, and cilantro.

“The beans and rice make a complete protein,” said the chef, “and [the salad] is low sodium, low sugar.”

Kitchen Divas advise class attendees to “cook more than you eat out; utilize herbs and spices instead of salt; and eat things that won’t spike your blood sugar,” Butler-McDow said.

The Kitchen Divas also hand out recipe cards, often featuring vegan or vegetarian food and drinks that are also lactose-free. In the coming months, a new grant will allow the chefs to roll out to four middle and high schools within the Los Angeles Unified School District.

Taking the Pulse of Black Women in L.A.