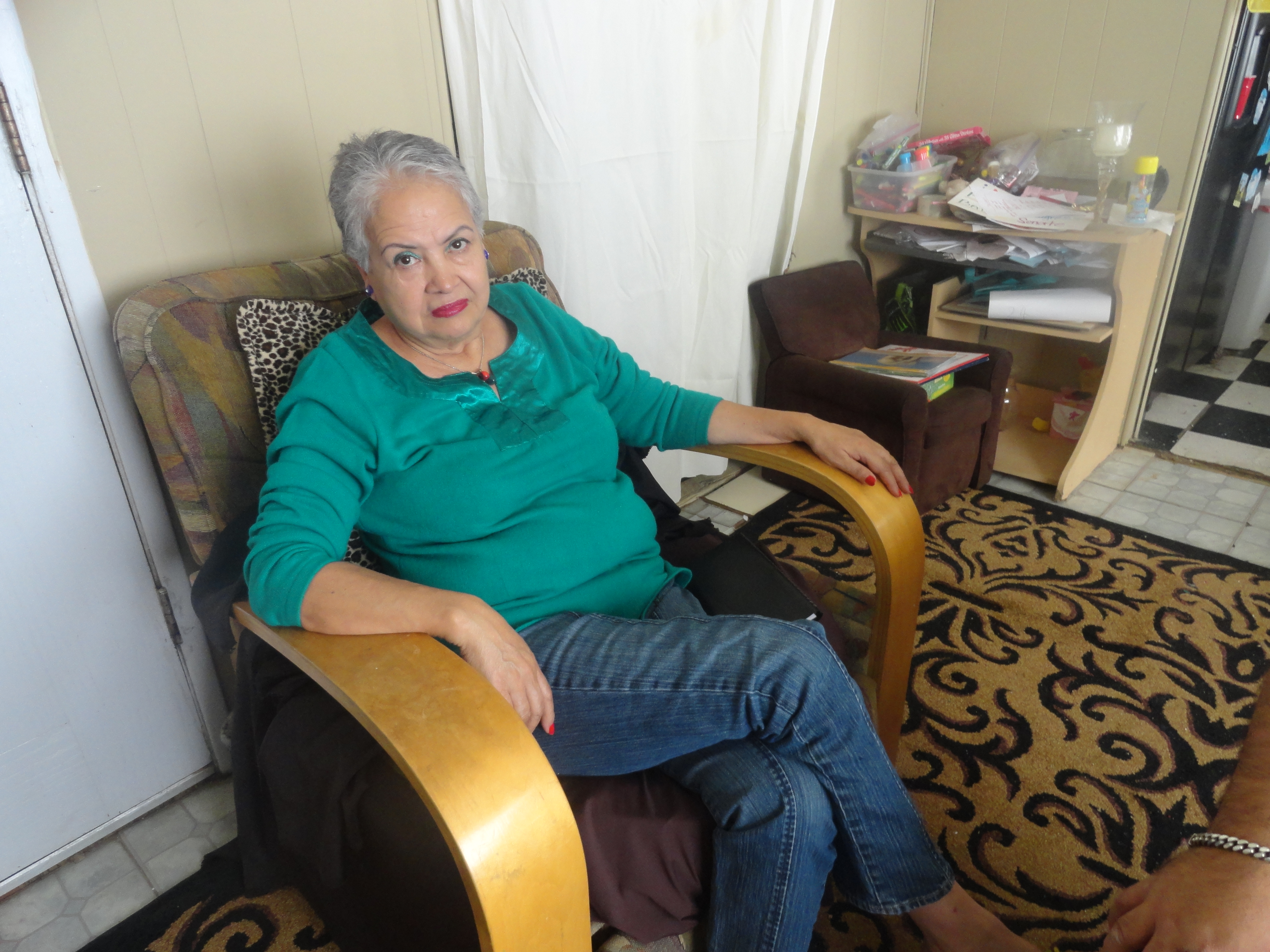 Fifty-six-year-old old breast cancer survivor Lucia Guevara lives in a tiny three room trailer with her husband, plus her daughter, son-in-law and granddaughter. It sits in a dilapidated mobile home park in Thermal – a rural area about 30 miles east of Palm Springs. She’s looking for work, and can’t afford health insurance. Lucia, her husband and son all have diabetes, but they can’t afford the pills, so they split one prescription between them. “Everything’s so expensive. So we have delayed medical treatment or just gone without, many times.”

For now, Lucia and her family depend on a group called the Los Medicos Voladores (Flying Doctors), which normally only operates in Third World countries. They visit Thermal twice a year; their next visit is March 31.

Lucia has been going there for six years. “I wouldn’t have had the mammogram. Also my husband and I wouldn’t have prescription glasses. My husband got several molars pulled. It’s made a huge difference in our lives.”

The Guevaras’ situation is not unique. Thousands of families in the eastern Coachella Valley work in low-wage industries with no health insurance; many are migrants who can’t see a doctor regularly; and many are undocumented, and thus must seek care at low-cost or free clinics or the nearest emergency room.

The Palm Desert-based Healthcare Assessment Resource Center collects hard numbers on healthcare issues in the East Valley. Executive Director Eileen Packer says, “The problem comes down to a number of factors: higher levels of poverty, fewer people with insurance, transportation issues, and the simple lack of physicians in low-income areas.”

The numbers tell the story. A study done by The California Endowment showed that 36% of adults in the East Valley lack health insurance. Another report, done in 2010 by the Coachella Valley Healthcare Initiative, found that East Valley has 8,407 residents for every one doctor. That’s more than four times the federal government’s minimum recommendation of one doctor per 2,000 people.

Physicians tend to cluster their practices around hospitals, and the East Valley has only one: JFK Memorial. In addition, fewer doctors tend to set up shop in low-income areas because they can’t make as much money.

Transportation is also a significant issue. The East Valley is much more rural. These days gas prices are high (and many families have no car at all), so getting to a distant doctor’s office is difficult. “My mom got help from the county for her breast cancer surgery but they make us go to the county medical center 60 miles away for appointments. And we can’t afford the gas,” says Eduardo Guevara.

The biggest change on the horizon is the new Riverside County Health Care, a free insurance program for low-wage workers who make a little too much to qualify for Medi-Cal, but cannot afford private insurance. This program, however, will not enroll undocumented patients, which disqualifies thousands of families in the East Valley.

Additional progress is being made on a number of fronts. The East Valley is home to a several low-cost health clinics, but they’ve lost a lot of funding over the past few years.

In late 2010, The Coachella Valley Volunteers in Medicine clinic (CVVIM) opened in Indio; it is the only free clinic in the valley. In 2011, CVVIM saw almost 2500 patient visits, and expects to deliver 2000 more this year. Riverside County is building CVVIM a new facility, twice the current size, which will be finished later this year.

Bruce Yeager, Director of CVVIM, says, “Our ability to see more patients is strictly a function of having more volunteer primary care providers and support staff. Our current staff of 85… do an exceptional job of providing dignified comprehensive care to our uninsured neighbors. We simply need more volunteers to help more people.”

Riverside County Regional Medical Center, for instance, recently began sending its mobile clinic to Oasis once a month, but patients say they need to work around people’s schedules.

“They are there in the morning, when people are working,” according to Eduardo Guevara. “And employers are saying, if you skip one day, don’t come back. So people aren’t going to risk losing their job just to go to the clinic.”