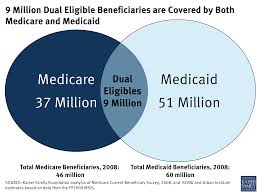 
In the near future, successful care for older adults will depend on bold and creative collaborations.

In San Diego County, Aging and Independence Services (AIS) has long been heralded as one of the nation’s most progressive organizations serving older adults. It acts as the local Area Agency on Aging, or AAA – one of 59 statewide.

Today, AIS is at the forefront of several creative initiatives to help coordinate care for the county’s vulnerable aging population, including a planned collaboration with the Care1st managed care health plan.

What? An aging services organization partnering with managed care?

Over the past several years, the managed care health plans have struck fear at the heart of California’s aging advocates, who worry the state’s move to place its older, poor and disabled citizens under their supervision will mean the denial of needed health treatment and social services.

Yet Care1st is finalizing a contract with AIS to provide case management and other social services to this older adult population – called “dual eligibles” because they are eligible for services through both Medicare (the aging) and Medi-Cal (the poor). Medi-Cal is California’s version of the national Medicaid program.

The contract is expected to be signed this week.

On April 1st, managed care health plans in four pilot counties – including San Diego – took over responsibility for these dual eligibles, a vexing population which often suffers from complex and expensive chronic diseases.

“The state is giving these folks to us because they’re going broke trying to take care of them,” says Pamela Mokler, vice president of long term services and supports
for Care1st.

Hoping to improve services yet cut expenses for these duals, Care1st approached AIS with a unique offer: Since you have the expertise to care for this vulnerable population, can we hire you?

At the center of this proposal is the state’s wraparound program for older adults known as MSSP – the Multipurpose Senior Services Program. MSSP helps frail elderly clients who would typically be placed in expensive nursing homes by providing them with additional health care and social supports to keep them independent or at lower cost facilities. Clients must be 65 to qualify.

AIS is already the official supplier of these services in San Diego County.

Yet there are only 550 MSSP slots awarded by the state to the county. And that means clients who may need these important wraparound services – in-home care, home delivered meals, transportation for the disabled, and other social services – may not receive them.

The collaboration will try to fix that.

Why? Otherwise patients could face even more costly health problems.

In fact, that’s just what Care1st discovered when the state placed another vulnerable population with them in 2012 – SPDs, or Seniors and Persons with Disabilities – who often suffer from extensive physical, mental health, and substance abuse problems.

One disabled SPD client was treated in the emergency room over 100 times in a single year.

“The plans lost their shirts,” said Peter Szutu, former president and CEO of the Center for Elders’ Independence, a year ago.

Care1st’s Mokler admits the transition was a fiscal nightmare.

“The CEO called me into her office and said ‘Do something about these people!” recalls Mokler.

But a chance conference encounter put Care1st in touch with an agency that helped manage homeless disabled SPDs; this launched a successful pilot that not only served these clients, but lowered costs.

Care1st hopes that AIS can help do the same thing now for this new “duals” population.

And while there are no official MSSP slots left in San Diego County, Care1st sees the need to provide these services to many – even though they aren’t reimbursed by the state for these additional services, nor are they required to provide them.

Care1st, launched in 1994 by five doctors who still own the company, conducted another pilot program with a similar duals population in Phoenix, Arizona, saving the plan over 50 percent in costs per patient for each of the first three months.

The keys to success for that pilot program were home visits – and services provided by the local AAA.

“They don’t want you to know how bad it really is because they are afraid they will be put in a nursing home,” she says.

If the agreement is inked between Care1st and AIS – as expected – the anticipated outcome could be a rare three-way policy victory.

Older adult dual eligibles will receive improved health and social services to keep them out of nursing homes. Managed care plans would hire an agency – AIS – already skilled at handling clients with complex medical and social needs. And AIS would get a new revenue stream.

Nationally, the agreement would be one of just a handful of such contracts, according to Sandy Markwood, CEO of the National Association of Area Agencies on Aging. Ohio leads the country in these collaborations, she adds.

The duals pilot will eventually include eight counties, home to half of the state’s 1.1 million dual eligibles.

Health plans like Care1st have traditionally had little knowledge about these high-need patients: shut-ins, the disabled, and those with complex diseases, who typically suffer from a variety of psychological or social problems.

“All we were doing before was making referrals to services in the home,” says Mokler. “Now we are responsible to manage members’ care throughout the entire care continuum.”

In truth, the state’s plans to place such vulnerable Californians under managed care is having the intended effect on the health plans, says Brenda Schmitthenner, an aging program administrator for AIS, which is part of San Diego County’s Health & Human Services Agency.

“They’re going to look for innovative ways to keep that member safe and thriving in the community.”