Grandma Knows Best… For The Planet 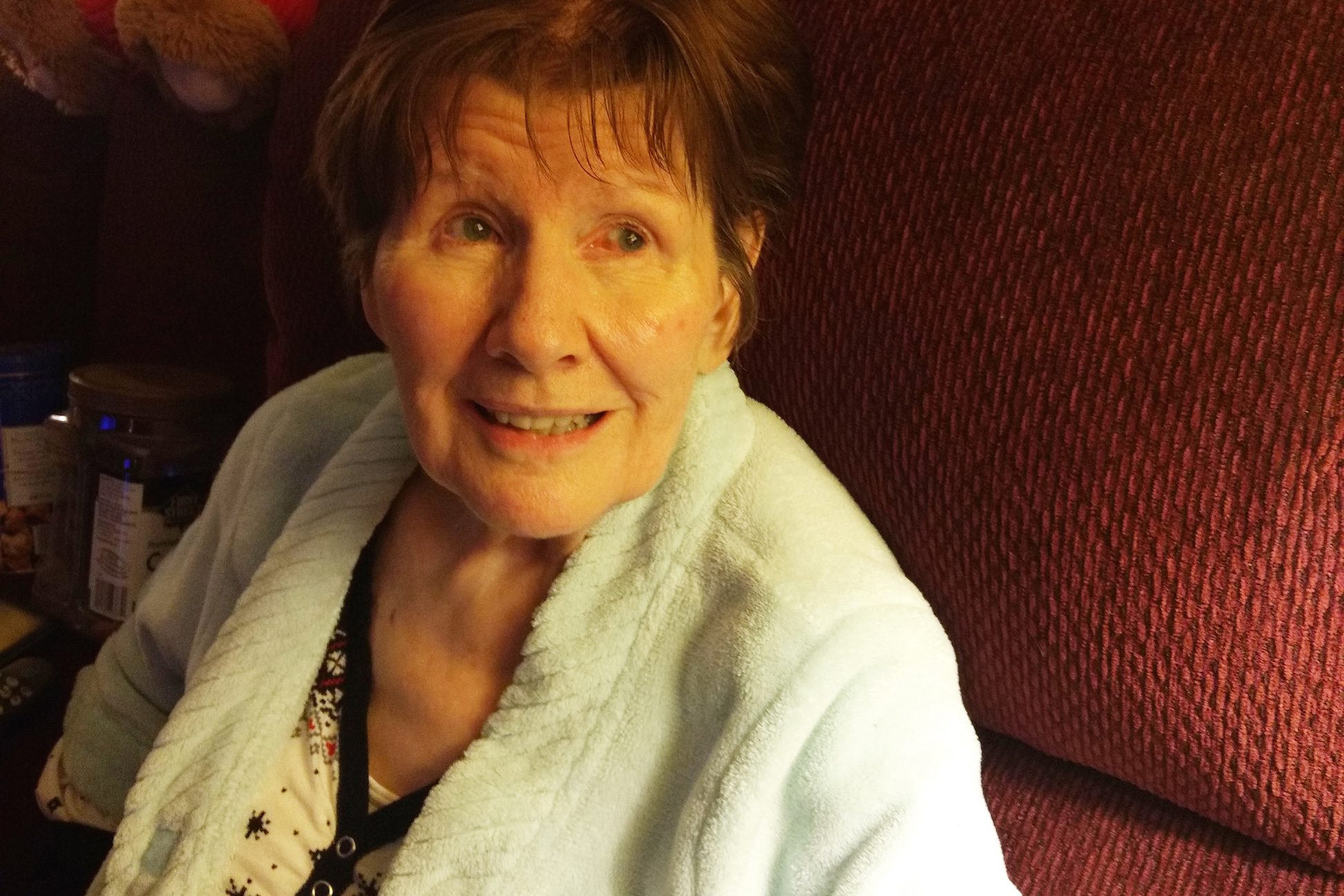 Every child knows that when trouble strikes, when mom and dad just don’t understand, there’s always one person who will listen until everything is better.

Recent research, in fact, indicates that grandmothers who suffer from Alzheimer’s Disease and other forms of dementia may actually gain more empathy for the world around them.

But can 13 grandmothers from around the globe help save the planet?

Some say that one look at the state of the world and its devastating water shortages, crippling climate change, and other environmental disasters cry out for grandma’s problem-solving wisdom.

So when Jeneane Prevatte described efforts of the International Council of Thirteen Indigenous Grandmothers to March’s “Creating Enlightened Society” conference in the Bay Area city of Richmond, she found a receptive audience.

Known today as Jyoti, Prevatte told the assemblage this story.

An American psychologist traveled to a river in the Amazon of South America where he met a native elder standing by the bank. Both looked sadly at the trash and oil that fouled the river.

“I’m sorry the west has brought this into the forest,” sighed the psychologist. “We dreamed a great dream, but it turned into a nightmare.”

The native elder looked at the foreigner wistfully and made a request.

“Then dream something different.”

In this decade-long alliance, Jyoti has shepherded the Thirteen Indigenous Grandmothers around the world, meeting with foreign dignitaries like the Dalai Lama, visiting sites like ground zero of the Nagasaki atomic bomb blast, and gaining the support of celebrities, including clothing designer Donna Karan.

The grandmothers’ stated mission: “We are deeply concerned with the unprecedented destruction of our Mother Earth and the destruction of indigenous ways of life. We believe the teachings of our ancestors will light our way through an uncertain future.”

“If you sit and talk with your grandma, she can put a different spin on it, with more hope,” says Jyoti, spiritual director at the Center for Sacred Studies. “They are a healing balm to a difficult situation.”

So far, the council meetings of the Thirteen Indigenous Grandmothers have brought them to the homes of most members – the last was held in Nepal, with next year’s scheduled in South Dakota. Only the west African coast country of Gabon remains.

The grandmothers are also frequently invited to attend other worldwide gatherings – in Stockholm, Sweden next month and New Zealand later this year.

Instead, these grandmothers have lived through generations of change. And with age come two qualities lacking in today’s world: patience and wisdom.

“They have a vision of what was,” says Jyoti. “And what’s gone wrong with the sustainability of life.”

Mona Polacca is one of the six grandmothers living in the United States who represent indigenous Arapaho, Cheyenne, Yup’ik, Oglala Lakota, and Takelma Indian tribes.

Their common bond: respect for the elements of nature: sun, air, earth and water.

“I’ve been on this path all of my life – being told about the responsibility of caring for all of life,” says Polacca, a Hopi Havasupai Indian living in Tempe, Arizona. “I feel it’s important for indigenous wisdom and knowledge to be shared with the world.”

Skeptics might want to take a look at a notable study published in the peer-reviewed journal Social Indicators Research. It cites the meditation efforts of almost 4,000 Transcendental Meditation practitioners from 81 countries who gathered in the Washington, D.C. area in 1993. During a two-month summer period, researchers documented a drop in violent crime of 23% — a statistical improbability.

“If we disregard anything because it doesn’t match our belief system, then we probably won’t find that solution,” says Jyoti. “When we’re sitting at the table, I’d ask that we not point fingers.”

In fact, Jyoti asks that humans submit to new ways of problem-solving that avoid recriminations and instant judgments. Instead, she sees grandmothers leading the way with collective agreements that return decision-making to the hands of common people and wise elders.

As Jeneane Prevatte, Jyoti taught in the segregated southern United States, worked on the streets of Texas with juvenile delinquents, and even helped Germans and Jews find common bonds in post-World War II Europe.

She received her doctorate in transpersonal psychology with a specialty in cross-cultural spiritual practices, and has since taught at the California Institute of Integral Studies in San Francisco.

Today, the Thirteen Indigenous Grandmothers have inspired further “grandmother circles” around the world.

“I don’t want my grandchildren to inherit what’s in play right now,” says Jyoti. “I want to be part of reshaping (the future).”

Their work has also inspired a documentary film For the Next 7 Generations.

What is the greatest enemy of humankind?

“Our blindness,” she says. “We have to start thinking about the whole planet, not just certain territories.”

She adds that the most important journey humans face is not into outer space or inside cyberspace but a much shorter distance: “The 14 inches between our heads and our hearts.”

Like many who are frustrated by today’s leaders in America – a country barely three times older than the grandmothers themselves – she has this to say.

“In America we’re adolescents. I think it’s time for the grandmothers.”

Grandma Knows Best… For The Planet