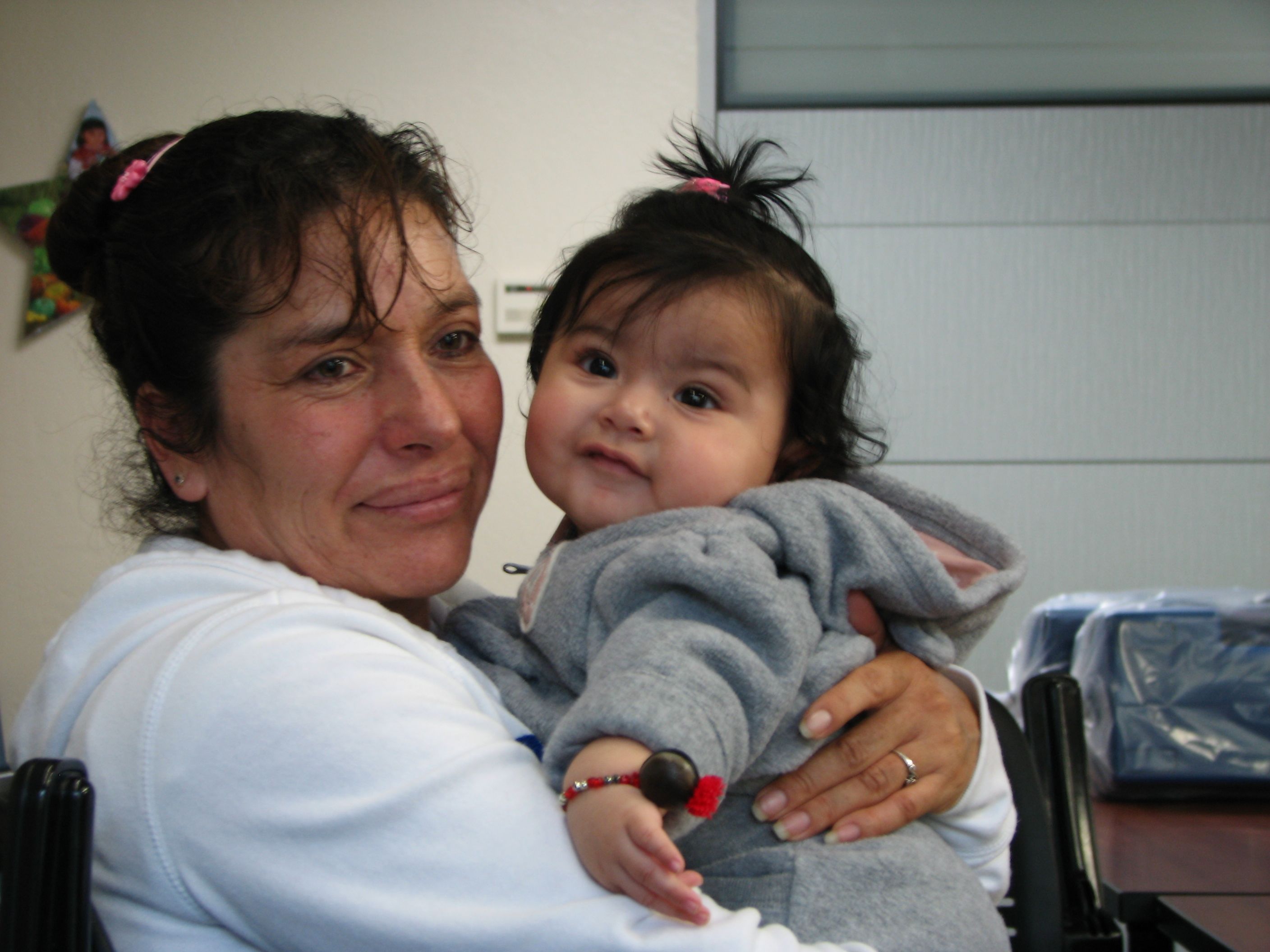 Remedios Garcia knew she wanted to breastfeed her baby.

She had done so with her first two kids. But the boys were born in Mexico where Garcia was able to stay at home when they were young.

While Garcia was pregnant with her third baby this spring, she worked as a berry picker in the fields of the Salinas Valley.

That’s where the federally funded program known as Women, Infants and Children, or WIC, came in. It’s better known for providing food stamps to needy families, but it also encourages mothers to breastfeed through support and peer counseling.

In Salinas, the Monterey County program has zeroed in on farmworkers who are new moms.

It was at the WIC center that Garcia first saw a breast pump. It was there as well that she learned her employer must make “reasonable accommodation” for her need to breastfeed her baby. The laws for breastfeeding workers don’t only apply to employees in offices.

Empowered, she asked her foreman if she could pump breast milk in his truck during breaks when she returned to work six weeks after giving birth. He said yes.

Garcia uses a special lightweight pump with a rechargeable battery provided by WIC. She stores the milk in a lunch bag chilled with dry ice that the center provided. Jacqueline’s sitter uses the milk to feed the baby during the day.

If Garcia was unable to pump and depended on combining formula during the day and breast milk at night, her production of milk would slow. That would have prevented her feeding Jacqueline as long as she would have liked.

WIC encourages breastfeeding when possible because studies show that it is healthier for baby and mother.

Women that breastfeed are less likely to become diabetic or to develop ovarian cancer, according to the national Centers for Disease Control. Breastfed babies are at lower risk for ear and respiratory infections or to grow into obese children.

In a population that is already weighed down with cultural, language and financial barriers to good health, simple ways to improve outcomes, like breast feeding, become more important, said Bobbi Ryder, president and CEO of the National Center for Farmworker Health.

And, in the end, programs that promote healthy eating, like WIC, save money when they invest in breastfeeding, according to Janet Vaughan, Monterey County’s WIC breastfeeding coordinator.

It was only a few years ago that Vaughan and her team at WIC began zeroing in on Monterey County’s new moms in the fields.

“We had too many moms in our office crying, saying they didn’t want to go back to work because they wouldn’t be able to breastfeed but that they had to,” Vaughan said.

Her team set out to do something to support them. It started with peer counselors asking moms about what they were seeing in the fields. Over a year, WIC surveyed 350 farmworkers about breastfeeding.

The results, Vaughan said, showed that many women weren’t sure it was allowed in the fields but some were doing it anyway. They began hearing stories about women pumping in the back of the crew bus with their friends watching out for them.

“Women are so resourceful,” Vaughan said. “There are women out there doing this. We just needed to figure out how to support them.”

Peer counselors like Olga Guzman worked with women to find out the barriers that were facing.

The group translated into Spanish state and federal laws on breastfeeding at work and handed copies of the rules for new moms. They loaned out breast pumps and showed women how to use them. When concerns about privacy were raised, Vaughan’s team also began providing windshield visors to keep the sun – and peering eyes – away. And, they gave away bags with blue ice to keep breast milk safely cool in the fields.

At peak season this year in the Salinas Valley, Monterey County WIC was supporting dozens of breastfeeding farmworkers. Vaughan reached out to employers.

Some companies jumped on with gusto, providing pumping time beyond regularly scheduled breaks to new moms. Field leaders used offers of time and space to pump to recruit experienced workers who were also new mothers. Some berry growers agreed to allow mothers who need to pump to bring their cars to fields.

Only one woman supported through the WIC program was told ‘no’ by her employer. She took her case to HR, Vaughan said.

The issue hasn’t risen to a priority for the agricultural industry’s leading lobby group in the Salinas Valley, the Grower-Shipper Association of Central California, said president Jim Bogart. But, he added, growers are likely dealing with the issue on “a case-by-case basis.”

To increase the creditability of the idea of breastfeeding farmworkers to both the new moms and to their employers, Vaughan’s team made a video showing how Garcia does it.

“Word is spreading through the community that this can be done,” Guzman said.

And that is the idea.

“That’s a lot of women of child bearing age,” Vaughan said. “This could have a real impact on the future of health in the state.”