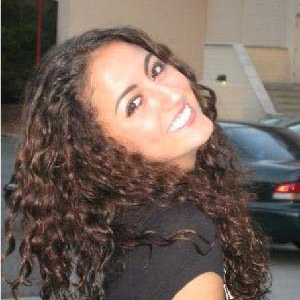 There are 10 million potential donors registered in the United States for the 10,000 patients who annually are in need of a marrow transplant, but some patients have a harder time than others finding a donor.

Camila de la Llata, of Monterey, is one of 820 patients in need of marrow transplants in California. She’s Hispanic and White, and because of her mixed ethnic background, she may have a difficult time finding a donor.

Her doctors have said chemotherapy will not cure her or keep her leukemia in remission so they are rushing to find a match.

Seventy percent of patients with leukemia, blood cancers or other blood disorders for which a marrow transplant is the only treatment, like de la Llata, do not have a match in their own family.

“Tissue type is inherited,” said Kimberly Nall, an account executive with Be The Match in Northern California, a nationwide registry for marrow donors. “We are more likely to find a match in one’s own ethnic or racial heritage.”

American Indian and Alaska Natives make up 1 percent of the registry; African American or Black 7 percent; Asian 7 percent; and Native Hawaiian or other Pacific Islander .2 percent.

Nall said the biggest challenge for Be the Match in increasing minority donors on the registry is dispelling myths about what is entailed in being a donor.

“Some people have a misunderstanding about the process and some are hesitant to give out personal information,” she said. “We ask for contact information and personal identifying information, such as a social security number or driver license.”

She said that those who register to be a donor do not have to provide the social security number and driver license, but it helps to locate donors if they do come up as a match with a patient. There is one registry for marrow donors in the United States and people remain on the registry until they are 61.

“What it was to donate marrow is very different,” Nall said, than donating 20 years ago.

The nonprofit has been making efforts to increase the number of minority donors that are registered, including outreach to Hispanic and African American communities. Some has been done on a national level, such as working with celebrities such as Robin Roberts and Shaquille O’Neal.

But more often they work on a local level by conducting donor drives such as the one for de la Llata, with churches, community groups or minority student groups.

The December drive in Salinas focused on de la Llata. She was enrolled at California State University, Fullerton, where she was majoring in theater education and directing when she was diagnosed with acute leukemia. She is an exhibition Latin and ballroom dancer and choreographer.

Be the Match will host its second annual Be the Match Walk/Run in San Jose in April 6 as a fundraiser and to raise awareness.