Using the Affordable Care Act to close the health gap 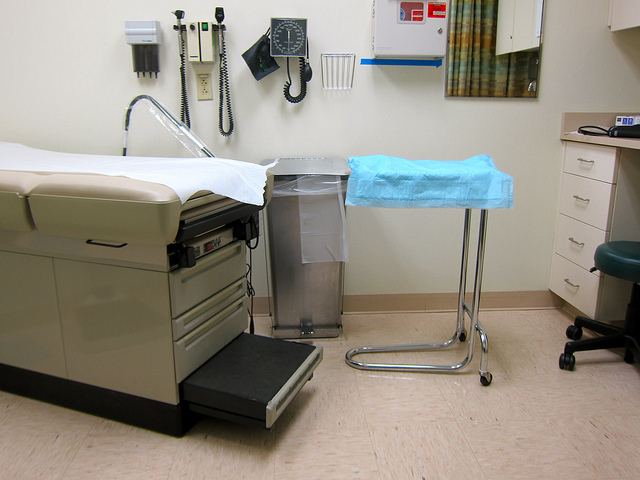 Young people may be less likely to suffer from severe health problems, but Tamika Butler wants them — and the lawmakers who draft policies affecting them — to remember they are not immune to illness and disease.

Butler is just one of many advocates worried about how youth of all incomes levels and ethnicities are going to fare once the Affordable Care Act is implemented. She directs the California branch of the Young Invincibles, an organization dedicated to informing and advancing healthcare options for young adults aged 18 to 34.

In California, 3.1 million people in that age group do not have insurance — a pool that accounts for 42 percent of the entire uninsured population in the state.

“We know it’s going to take a shift in culture and a shift in understanding the value of insurance to change the way that people think about it,” Butler said. That shift will need to happen not only in the minds of young people, she said, but also in the policies made in the state Capitol.

Amid the turmoil of the nationwide financial woes, health-care advocates in California are urging lawmakers not to lose sight of what they see as a rare opportunity to help close the gap in the state’s health disparities.

With the Affordable Care Act and the billions of federal dollars coming into the state to back it, the health care prospects for many Californians will improve dramatically. But some worry that if it’s not done correctly, a portion of the state’s population may be left out — specifically, boys and young men of color.

“We’re hoping that they don’t miss this opportunity to expand health care to a really vulnerable population,” said Jamila Edwards, the Northern California Director of the Children’s Defense Fund. “If things don’t go the way we hope, it’s just going to exacerbate conditions for populations that are already super vulnerable and already experiencing inequalities and health challenges.”

In an effort to address some of these inequalities, Speaker of the Assembly John Pérez established the Assembly Select Committee on the Status of Boys and Men of Color in California. The committee sought advice from community leaders in California, including Edwards and her organization, to inform a report it drafted last year, outlining wide-ranging policy recommendations to help alleviate the disparities.

As noted in the committee’s report, young people of color in California — who make up more than 70 percent of the population under the age of 25 — are more likely to face social conditions adversely affecting their health, ranging from inadequate schools and exposure to violence.

Young people of color in California are far more likely to killed in firearm homicides, and in a past survey, Latinos were three times more likely to be murdered than whites.

Some chronic diseases were also found at much higher rates among youth of color than their white counterparts. Asthma, for instance, affects Latino and African American youth at five times the rate as it does non-Hispanic whites.

Ellen Wu, executive director of the California Pan-Ethnic Health Network, has been working on advancing some of the select committee’s recommendations.

“In particular, men and boys of color have specific not only needs but life experiences that need to be addressed and taken into consideration,” Wu said. “You can’t do this one-size-fits-all approach to getting them healthy.”

In an effort to address the barrier facing young people in immigrant households, the committee recommended that the state’s existing safety net network — such as community health centers and public-based providers — continue to be funded and made available to people of uncertain legal status. Under the Affordable Care Act, undocumented people will not be able to buy insurance through the state’s health benefit exchange. Outreach to these communities, as the report pointed out, also remains a challenge.

“Explaining that to an immigrant family is very complicated,” said Sonal Ambegaokar, a health policy attorney for the National Immigration Law Center. “Most immigrants are not well-versed in how our health care system works and the need for insurance until likely there’s an emergency.”

Ambegaokar added that by law, Medi-Cal and other such programs cannot share application information with immigration authorities. Still, many people remain reluctant to enter their information in the system. She and others worry that this reluctance is not only preventing parents, but also children — who may have full citizenship — from getting the care they need.

“Fear of immigration in general — whether you’re legal or not — keeps a lot of immigrant families as well as their citizen children out of the health care system,” Ambegaokar said, adding that 80 percent of California’s children live in mixed status families.

On the opposite end of the spectrum, the report had additional recommendations to provide coverage for youth very much in the system.

Just as the Affordable Care Act has allowed young people to stay on their parent’s health insurance plans until the age of 26, the report endorsed similar legislation that would continue coverage for former foster youth in California.

Governor Jerry Brown has already approved a bill to expand Medi-Cal coverage up to the age of 26 for young people who have aged out of the state’s foster care program, and advocates are hoping it is taken up again in this month’s special legislative session. Edwards of the Children’s Defense Fund, noted that the state also has the opportunity to develop easy ways to ensure this continuing coverage for former foster youth — such as an automatic enrollment process to prevent lapses in coverage and avoid a burdensome application process.

The committee also recommended that Medi-Cal be available to youth detained in juvenile justice facilities, specifically through two bills also already approved by the governor that would provide federal funding to do so. One of the provisions would provide for acute inpatient hospital services and inpatient psychiatric services; the other would guarantee Medi-Cal coverage to detained youth awaiting adjudication.

Many public health advocates are celebrating Gov. Brown’s announcement last week of his intention to expand Medi-Cal. But others point out, there is still plenty of work to be done, especially on the federal side.

“The big hanging threat for us all — and I hate to say it — is the whole fiscal cliff thing,” said Edwards. With the Affordable Care Act approved by the Supreme Court and many related laws already on the books, she hopes all the hard work stays intact. “This is something that can be easily handled because we’ve already done the heavy lifting.”

Using the Affordable Care Act to close the health gap