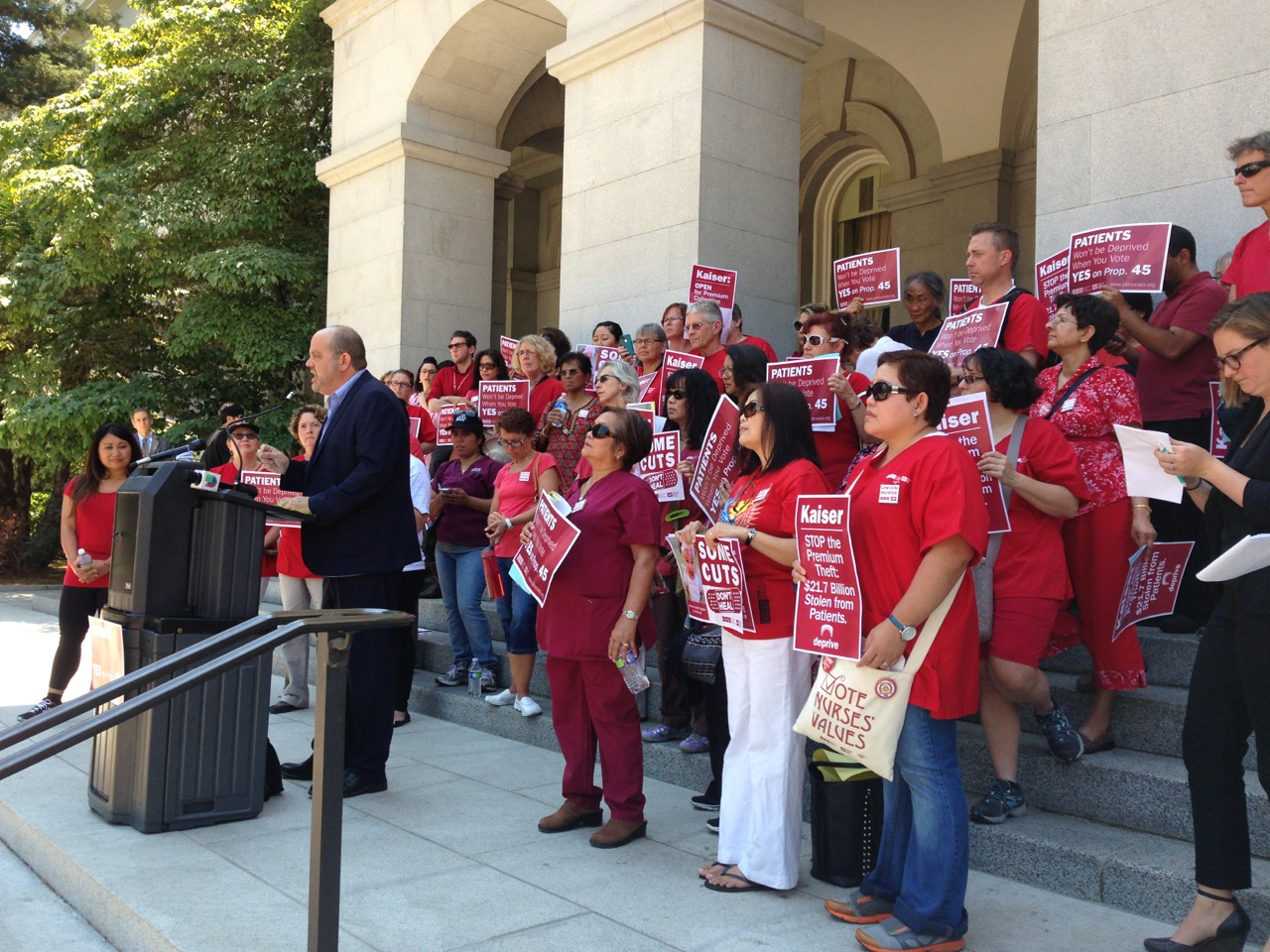 A proposed ballot measure facing voters this fall would give the state the authority to deny health insurance rate increases, a change some consumer groups say is long overdue but that opponents warn could impede Californians’ access to insurance coverage.

Proposition 45, slated for the Nov. 4 ballot, appears simple. It would expand a law that allows the California Department of Insurance to deny excessive rate increases proposed by property, casually and auto insurers to include health insurance rate proposals.

Opposition groups say its simplicity belies a far reaching ripple effect that will cause upheaval in a market that is functioning well today.

It is Insurance Commissioner Dave Jones’ fourth crack at what he says will fill a major gap in consumer protection laws on health insurance. Jones, a former state assemblyman, previously authored three bills that would have implemented a rate approval system.

Each bill was defeated by a “very powerful health insurance and HMO lobby,” he said.

“I and other consumer advocates concluded the only way this reform is going to happen is if we took it directly to the voters,” he said.

Jaime Court, president of the Consumer Watchdog, a nonprofit that describes itself as advocating for consumer and taxpayer interests, authored the ballot initiative.

Consumer Watchdog and other consumer organizations worked with Jones to have the measure qualified for the November ballot.

But while Proposition 45 focuses on insurance companies and their profits, the vast majority of the cost of insurance premiums goes to reimburse doctors, hospitals, labs, and pharmaceutical companies for the services and products they provide to patients. Insurance industry profits and administrative costs typically account for less than 15 percent of revenues, sometimes far less. So some opponents question whether the measure would do much, if anything, to slow the rise in the cost of health care.

The initiative, meanwhile, would give one politician — the insurance commissioner — sweeping power to complicate the new system for buying insurance that began last year under the federal health reform known as the Affordable Care Act, said Robin Swanson, spokeswoman for the No on Proposition 45 campaign, which represents doctors, nurses, hospitals, health insurers and certain labor unions. The federal reform created a new agency, Covered California, that works with insurance plans to offer coverage to consumers through a new online marketplace known as a health benefits exchange.

The competition and negotiation process that is run by Covered California is designed to curb steep insurance rate increases on its own and has been held as a model for other states, Swanson said.

“If you add in the layer of Prop 45 on top of it, and the insurance commissioner can come in and say, ‘Just kidding those rates don’t work,’ or an intervenor can come in … then the system is amuck,” she said.

This indicates the system is working on its own, without the added supervision proposed in Proposition 45, Swanson said.

But Jones says that Covered California is not in a position to bargain effectively because it needs as many insurers in the marketplace as possible to cover all regions.

There are 10 insurers in the state that are a participating in the new marketplace — four of which offer plans statewide. And even those companies have gaps in some regions, he said.

“A lot has been said about competition, but the reality is there is a tremendous about of market concentration,” he said.

The Insurance Department already reviews rates and makes recommendations on rate increases, Jones said. The only bureaucratic difference the new law would make is giving the agency the authority to deny certain increases.

Health insurers have raised rates by double digits for each of the past 10 years, he said.

“They’ve hit the pause button for one year, but it is a temporary pause,” he said.

Exorbitant rate increases continued into 2014 even after the implementation of Covered California, Jones said. His office fielded thousands of consumer complaints about 2014 rate increases.

The commissioner released a report in July that found rates went up anywhere from 22 to 88 percent.

It came two days before Covered California posted its 2015 rates, she said.

The numbers are misleading, comparing apples to oranges and not taking into account the subsidies offered by the federal government to reduce the amount most consumers pay, she said.

But the CDI didn’t factor in subsidies because regardless of the discounts, the federal government and the taxpayers still have to bear the increases, Jones said.

While 90 percent of Covered California’s customers get subsidies, they make up less than one third of all customers in the individual and small group market, said Carmen Balber, executive director of Consumer Watchdog.

Between 2002 and 2013, health insurance rates have gone up 185 percent, five times the rate of inflation, she said.

“We’ve seen time and again,” she said. “When they are given free reign, health insurances increase rates at double digit rates.”

Jones points to 35 other states that have rate review in place as evidence it works. Those states receive grants set aside within the Affordable Care Act for the program, funds California doesn’t have access to because it has no such law.

The difference between California’s proposal and other state’s rate review laws is the introduction of intervenors, Swanson said. Outside parties can come in and sue, delaying the rate setting process and racking up court fees, she said.

Consumer Watchdog is such an intervenor, which makes money from intervenor fees, she said. Prop 45 would allow them to make up to $675 an hour.

They stand to make tens of millions more in intervenor fees from the new law, “so question their motives,” she said.

By acting as an intervenor, Consumer Watchdog has saved consumers more than $3 billion in excessive rate increases since 2003, Balber said.

If the court decides an intervenor has made a substantial contribution in a case, it can award attorney fees, expert fees and other costs of the case.

Over the past 11 years, Consumer Watchdog attorneys have been paid 25 cents for every $100 consumers have been saved. “I think it’s a pretty good deal,” Balber said.

The No on Proposition 45 Campaign hired a third party called the Wakely Consulting Group to research the potential impact of Prop 45 by looking at how rate restrictions have played out under Prop 103, which gave the CDI power to restrict auto, property and casualty insurance rates.

First, it noted that challenged rates caused average delays of just under one year and up to 900 days, he said. In the case of health insurance, which has a limited enrollment period, the delays could prevent consumers from knowing what rates are available.

“We found that just in terms of process, this would introduce intolerable delays to a very tight schedule,” he said.

Second, with multiple agencies reviewing rates, it would be difficult to avoid conflict and miscommunication, Kingsdale said.

Jones dismissed the report as biased and full of errors. The CDI wrote a rebuttal to the report, which they released in June.

Jones said he will be able to adjust the review periods to coincide with the open enrollment process. Rates increases will stay in effect until the process is over.

Anticipating the ballot proposal, the CDI and the Department of Managed Health Care, which regulates HMOs, did a trial run before open enrollment in 2013, Jones said.

They were able to make the deadlines for the open enrollment season, he said.

Swanson is not so optimistic, saying the delays the Wakely report found under Prop 103 are inevitable. “The proof is in the pudding,” she said.

But no one really knows how Prop 45 will play out in the health insurance world, a complex industry where several regulators are in play, Swanson said.

“What’s the final outcome here?” she asked. “Where does the buck stop?”