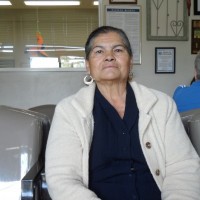 The Affordable Care Act excludes undocumented immigrants from buying health insurance on state health benefit exchanges. But healthcare providers in the Salinas Valley are weaving safety nets of their own for medically vulnerable farm and migrant workers who are part of the community and essential to the country’s food production.

Seventy thousand people on California’s Central Coast will remain ineligible for health insurance under the ACA in 2019 because of their immigration status, estimated the UC Berkeley Center for Labor Research and Education and the UCLA Center for Health Policy Research in a September report.

But healthcare providers in Salinas are attempting to create an alternative form of insurance for farm workers and migrant workers and are expanding services to care for those who will remain uninsured for financial or other reasons.

One of the largest networks of safety-net clinics in the Salinas Valley, Clinica de Salud del Valle de Salinas, is working with five other community health centers from Santa Clara to Ventura counties to develop a privately-funded health plan for farm workers.

They cooperate through the Central Coast Health Network. Last November the California Endowment granted them $175,000 to research solutions for insuring farm workers and to keep the legislature informed about farm worker health, said Arnoldo Torres, a policy consultant to the Health Network. A final report is due out before the end of the year.

The group is engaging agricultural employers and farm labor contractors to see what they would be willing to pay to ensure health coverage for their workers, Torres said. There is an initiative under way already to create an HMO operated by one of the nonprofit community healthcare centers and licensed by the state to provide care to various populations including farm workers, he said.

“The best way to provide health coverage to this population is through community health centers for the simple reason that they are non profits and they were created for the purpose of providing care for that population historically,” Torres said.

He said the group is organizing discussions with growers in Monterey, Santa Cruz and Ventura counties who have already expressed a willingness to work on a form of coverage for this population.

It’s a tricky group to insure, since farm workers and other migrant workers may only work for an employer for a few days before migrating to other jobs based on the seasons and differing pay rates, said Guadalupe Sandoval, Managing Director of the California Farm Labor Contractors Association, in an e-mail response to questions.

“Employers of farm workers, growers and farm labor contractors are hopeful that some viable, affordable health care plans will be made available for their labor force,” he wrote.

The cost of insuring undocumented workers is only one of the barriers preventing them from accessing healthcare. They may also fear having to divulge too much about their immigration status, or have difficulty getting time off work or transportation to a clinic or managing a co-pay, said Virginia Ruiz, Director of Occupational and Environmental Health for Farmworker Justice, a Washington D.C.-based national nonprofit advocacy organization.

“This population is mostly out of Mexico, and when people buy health care in Mexico it is urgent care. Not everybody can afford to see a doctor,” said Dr. Max Cuevas, Chief Executive Officer of Clinica de Salud.

Ms. Garcia, a 57-year-old Salinas resident who declined to give her first name, works as a janitor. She doesn’t have health insurance, and knows of her options for healthcare at the community clinics. As she ages, she said, she is considering getting preventative care, but she works double shifts daily and doesn’t have time.

Margarita, an elderly patient at Clinica de Salud in Salinas who declined to give her last name, has Medi-Cal and Medicare. She came to the clinic because she didn’t like her private practice physician. She has high blood pressure and kidney problems and comes in every two weeks. She is happy now, she says, because she has a female doctor at Clinica de Salud.

Clinica de Salud is already caring for 36,000 patients at its 10 clinics in Monterey County. 40 percent of patients have no health insurance, Cuevas said. They may not qualify for Medi-Cal or Medicare or may be undocumented immigrants so they pay on a sliding scale.

Because each of the clinics is a Federally Qualified Health Center, serving people regardless of their ability to pay or their health insurance status, Clinica de Salud gets higher reimbursement rates for Medicaid patients than private practitioners. The clinics then use part of that money to subsidize the patients with no insurance.

While the ACA has excluded undocumented immigrants from buying insurance on the state healthcare exchanges, the act has provided $11 billion in funding over five years for operating, expanding and constructing community health centers across the country.

Clinica de Salud has received $1.1 million in ACA funds for ongoing operations, reported the U.S. Health Resources and Services Administration. And the organization is currently working on opening two more clinics in Gonzales and the Seaside/Marina area, Cuevas said.

The county also owns Natividad Medical Center, a safety net hospital. One of the biggest moves the county is making to increase services to the underinsured and uninsured is doubling its family practice center at Natividad from 15 rooms to 28 by mid 2013, said Dr. Steve Harrison, Program Director for the hospital’s Family Medicine Residents Program.

Last year the county clinics saw 37,494 individuals, 5,149 of whom were farm
workers and migrant workers, said Anel Mojica, Manager of Alisal Health Center one of the county’s seven safety net clinics. She estimates Alisal is seeing 60 percent more farm workers than a year ago. She thinks there’s more word of mouth in the fields about the clinics.

She credits the county’s transition to electronic health records in 2010 with helping to improve the clinics’ ability to track information like farm workers’ immunizations, women’s annual health checks and diabetic and asthmatic treatments. Reminders via mail and, more importantly, cell phones are getting patients in more regularly, Mojica said.

“If you can get people preventive care, assuming you can do it right, they’re not going to get as sick. In the long run it should save the healthcare system money,” said Julie Edgcomb, Bureau Chief of Clinic Services for the Monterey County Health Department.