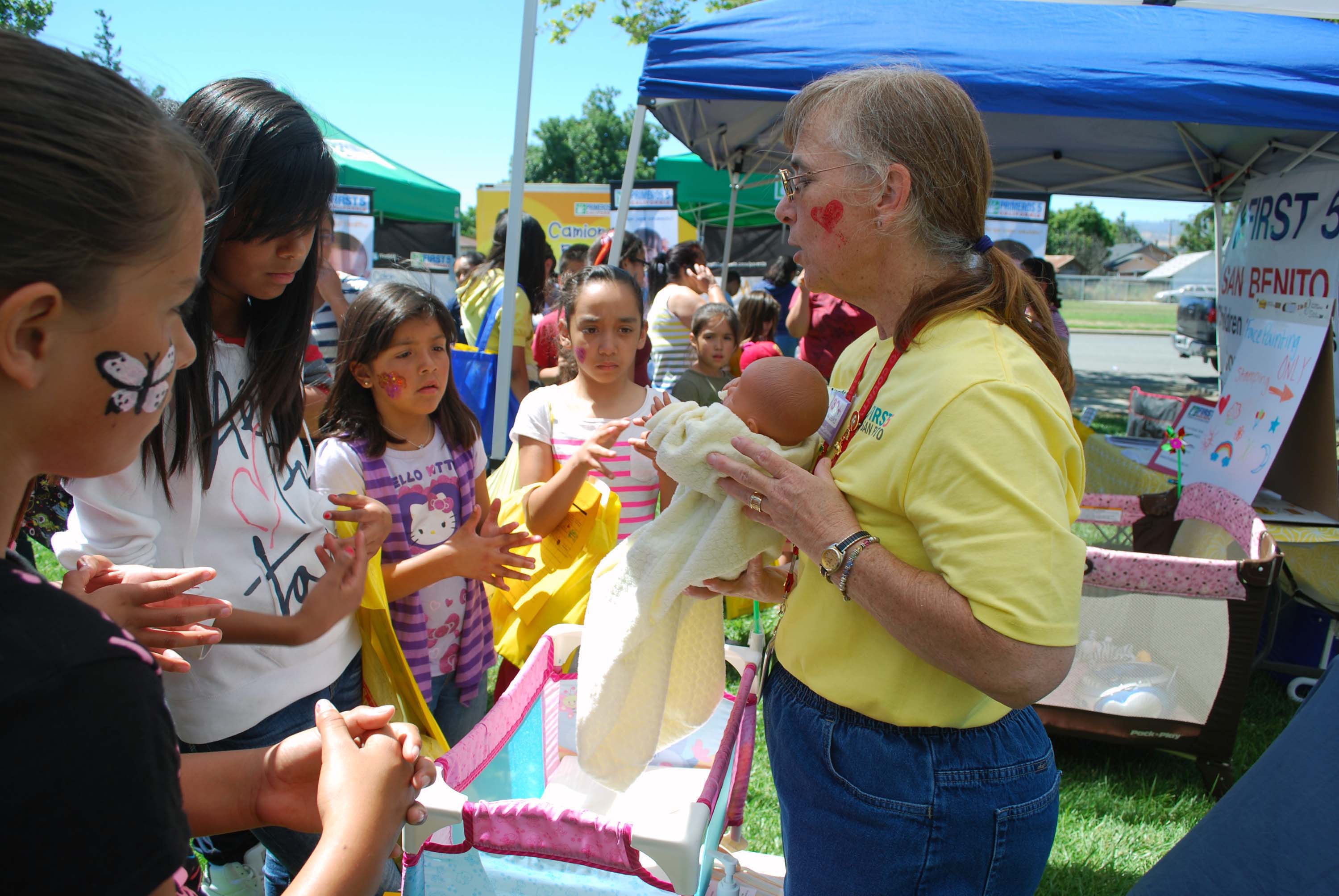 Sudden Infant Death Syndrome hits some communities harder than others. Preventative programs offer all parents simple tips for safe sleep for their children, but recent efforts have stepped up outreach to high-risk groups and emphasize culturally appropriate advice.

SIDS is the leading cause of death for children from one month to one year of age. The term is used when a cause of death remains unexplained after a thorough case investigation, autopsy, examination of the death scene and a review of the clinical history of the family and infant. The deaths are most common between the ages of two to four months.

“The statistics are low,” said Julia Anongos, a public health nurse and the SIDS (Sudden Infant Death Syndrome) coordinator for Monterey County, of the number of infants that die from SIDS each year. “But if you’ve responded to one, it leaves an impression on you.”

The highest rate of SIDS deaths in California, according to the California of Department of Public Health statistics were in Solano and Sacramento counties, with rates of more than 70 SIDS death per 100,000 live births from 2008-2010. In many counties there were not enough live births or SIDS cases to report meaningful statistics.

The rate of SIDS death does vary by ethnicity. African American babies continued to have the highest rate in the most recently reported year, with 133.6 SIDS cases per 100,000 live births. White babies had a rate of 22.7 and Hispanic families had a rate of 31.5. Researchers do not yet know why the rate is higher for certain ethnicities.

Anongos is charged with sharing the latest recommendations from medical experts about the best way to put a baby to sleep safely. She meets with other nurses and staff to share the recommendations and also works with families on home visits related to maternal and child health.

She said the latest recommendation from health professionals is that babies be put to sleep on a flat, firm surface in a crib with nothing else in it.

“A lot of families, especially Hispanic families, the culture is that the baby sleeps with them,” she said, of parents having infants in bed with them. “It’s a challenge how to put that information out.”

Anongos said she has to walk a line of sharing the information while also respecting the cultural differences of residents in the community. She said some families see co-bedding as good bonding for the baby and for others it can be a financial limitation to have a separate sleep space. She has worked with some families with eight people in a small apartment where family members share beds out of necessity.

In 2009, the state started targeted outreach to African-American families and also began offering training for SIDS families so that they can help other families dealing with grief. Catharine Farnham, a SIDS coordinator in a rural California town, said the state’s SIDS Council continues to work on policy to benefit families.

“We want them to receive the reassurance that there wasn’t anything they could do,” she said.

The 10 current recommendations on safe sleep environments come from the National Institute for Health and they were recently updated to suggest parents not use blankets in cribs or bassinets with babies, but instead use a type of one-piece pajama outfit called a sleep sack if necessary.

Other recommendations from the “Safe Sleep for Your Baby” campaign, originally launched 10 years ago as the “Back to Sleep Campaign,” recommend always putting a baby on its back to sleep from birth to 1 year of age. They recommend keeping the crib bare of plush or soft toys, blankets or other objects that a baby can pull over their heads, keeping a baby in its own sleep space, and not smoking around babies.

While medical professionals say SIDS cannot be prevented, they have found that some environmental changes can lower the risk, such as placing babies on their backs to sleep, avoiding exposure to overheating and tobacco smoke. They emphasize that the same sleep environment should be used at home, while visiting relatives and at day care. Anongos said one of her goals this year is to share the recommendations with day care providers.

“The No. 1 cause of SIDS is risky behaviors like substance abuse, marijuana, which is hard to stop for breast feeding, and alcohol abuse,” Ritchie said via email. “We require a CPR video for high-risk parents.”

They also refer parents to other social services or counseling programs when needed.

Each county in California has a SIDS coordinator who is responsible for disseminating information to health professionals, law enforcement and the community. The coordinator responds to all infant deaths and follows up with home visits for those that are classified as a SIDS death.

Catharine Farnham said the position was created in 1989 when a staff member to a state politician had a baby die of SIDS. Known as the Boatwright law, it requires a public health nurse to visit the homes of families in suspected SIDS cases as well as law enforcement agents.

While most infant deaths are linked to birth defects or complications from a premature birth, the SIDS label is used when a baby dies and a coroner cannot find any clear medical reason for the death.

Farnham said there is a movement afoot to ensure law enforcement officials use the term on autopsy reports as opposed to “unexplained, unknown or undetermined cause of death” when there is no clear cause of death after investigations are complete because the SIDS coordinator is only allowed to offer in-depth services to those deaths classified as a SIDS death.

Safe Sleep for Your Baby

• Always place your baby on his or her back to sleep, for naps and at night.
• Place your baby on a firm sleep surface, such as on a safety-approved crib mattress, covered by a fitted sheet.
• Keep soft objects, toys and loose bedding out of your baby’s sleep area.
• Do not allow smoking around your baby.
• Keep your baby’s sleep area close to, but separate from, where you and others sleep.
• Think about using a clean, dry pacifier when placing the infant down to sleep.
• Do not let your baby overheat during sleep – dress in light sleep clothing.
• Avoid products that claim to reduce the risk of SIDS.
• Do not use home monitors to reduce the risk of SIDS
• Reduce the chance that flat spots will develop on your baby’s head by providing tummy time when the baby is awake and being supervised.