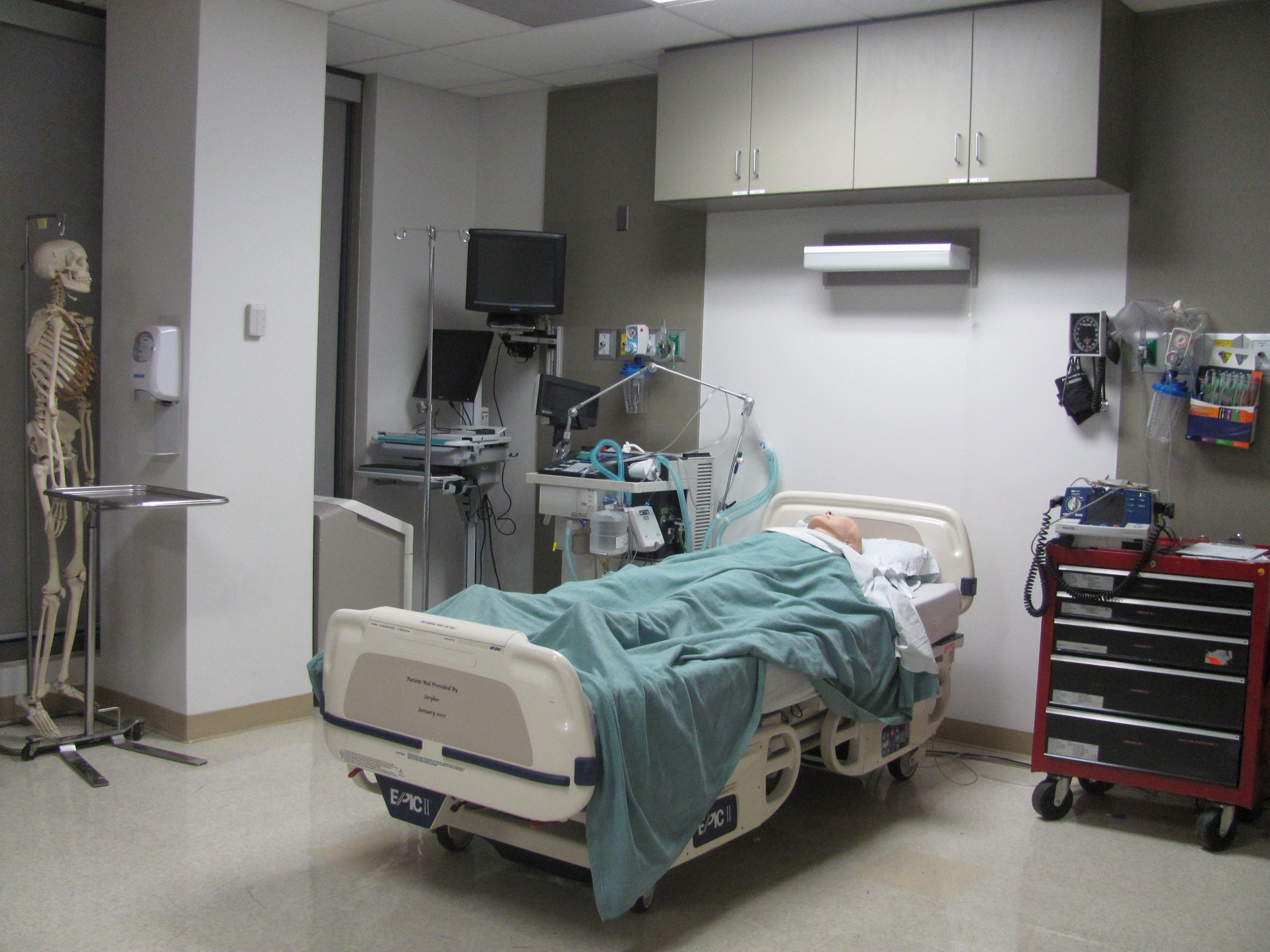 ALBANY, Calif. – The long and hard-fought battle Eileen Hadidian has been waging against bone cancer for more than 10 years seems to be drawing to a close. Doctors earlier this month said she is probably just a few days, or maybe even just a few hours, away from death.

When that happens, the 64-year-old Lebanese American woman will become just another statistic in a health care system that fails to provide frail seniors and people with disabilities like her the long-term care they need – a situation that is sending many families into bankruptcy.

“I am so close to becoming eligible for Medi-Cal,” Hadidian said a couple of months ago, as she lay in a hospital bed near the window in the living room of her two-bedroom rental home here. She said the monthly in-home support care of $5,000 she has to pay for out of pocket is fast depleting her family’s savings to a level that will allow her to qualify for the state-run program which functions as a safety net for low-income people whose financial assets fall below $2,000.

Bone cancer, one of the most painful forms of the disease, has eaten away at Hadidian’s body, causing her arms and legs to turn to matchsticks, and the outline of her collarbones to become visible under her nightgown. On her bedside table are bottles of medicines and a sipping cup. She’s heavily medicated to numb the pain that has been her constant companion for years now. Even though her body is ravaged by the disease, until about a couple of months ago her mind was razor sharp and her sense of humor intact.

Hadidian was put in hospice care in September 2011, after cancer made her bones so brittle she began experiencing what doctors called “spontaneous pathological fractures.” They determined that the fractured bones in her upper right arm and right thigh were never going to knit, and the mere act of standing on her legs could lead to more fractures. They told her she had no curative options and that she could either check into a skilled nursing facility or stay at home. She chose the latter.

“Both cost about the same, and I wanted be in quiet surroundings and close to family,” she said.

Since she was placed in hospice care, Hadidian has been in need of around-the-clock professional care, which her 70-year-old husband, Peter Tichenor, a part-time psychotherapist, cannot provide. She needs help turning in bed. Lying on her back is out of the question because of the widespread cancerous lesions all over it.

Medicare barely covers any of the in-home care she needs. And it only pays for biweekly visits by a hospice nurse.

“When you are on hospice for an extended time, they have to stretch their Medicare dollars,” observed Jodie Reid, executive director of the California Alliance for Retired Americans, noting that her late mother had had the “best hospice care,” possibly because she was on it for no more than a week.

Unfortunately, the hospice care system “doesn’t have enough resources,” asserted Wendy Peterson, director of the Senior Services Coalition of Alameda County. “That’s why the CLASS program was set up in the health care reform law.”

The Obama administration tried to address the long-term care issue in the Affordable Care Act (ACA) by including a provision known as the Community Living Assistance Services and Supports, or CLASS. That would have provided long-term health insurance to anyone older than 18, regardless of illness or injury. The voluntary program would have clients pay into it for five years, and they must be working three of those years. After that, they could tap into the benefits.

But 19 months after signing the ACA, the administration suspended the program after it was determined that because of rising health care costs it wouldn’t be able to pay for itself in the long run.

Right now, private long-term care insurance is the most attractive option for people who think they might need a nursing home or private in-home nurses. Like health insurance, it’s cheaper the earlier people buy into it. Nevertheless, premiums are growing more expensive, to the point that few can afford it. Most policies pay a daily rate, something between $150 and $200 a day; anything more than that is paid for out-of-pocket. And most insurance companies only cover two to four years of care.

Hadidian realized even before she went on hospice care that she would need to turn to her friends for support. Those to whom she reached out drove her to her doctors’ visits and grocery stores. They set up a “meal tree” and took turns to bring her and her husband food.

“My network of friends have been a great source of support,” holding periodic fund-raisers and garage sales for her, she said. Her only child, Melia, 27, who works in Portland, Ore., set up Helping Hands, an online donation site, which has been another funding stream.

Hadidian was diagnosed with Stage 1 breast cancer in November 1994. A lumpectomy followed by radiation and oral medication kept her cancer-free for three years, allowing her to continue to teach music part-time at Mills College, where she had been hired to set up the university’s music program. Prior to that, Hadidian had worked as a teaching assistant in the music department at Stanford University, from where she had graduated with a doctoral degree in musical arts in 1979.

But in 2002, following “severe back pain,” Hadidian was told the cancer had metastasized to her spine and she had Stage 4 bone cancer. The crippling pain forced her to quit her part-time job at Mills and go on disability.

The healing power of music

A flute and recorder player, Hadidian wanted to boost her odds of recovery through music and other alternative therapies such as acupuncture and yoga, “to maximize physical healing and minimize side effects,” she wrote in her scrapbook. She asked her doctor if she could listen to music during her surgery and he said yes.

“Music seems to be a healing tool… in that it focuses away from the discomfort and pain,” Hadidian wrote in her scrapbook. “It increases the production of endorphins, which can reduce pain. Music can tap into the emotional centers and create brain waves that aid in moving past anxiety and fear into a more relaxed state of being, and therefore create an environment more conducive to healing.”

That conviction led her set up a non-profit in 2002 she called the “Healing Muses.” Initially, she was the only muse in the organization, taking her flute or her harp to the homes of cancer patients she knew or was referred to. Soon, more musicians joined her organization, and Kaiser Permanente in Oakland hired the group to play in its oncology ward.

Healing Muses, which currently has three harpists on board, has more recently been contracted by Kaiser Permanente hospitals in San Francisco and Walnut Creek to play for their patients.

In 2010, Assemblywoman Nancy Skinner named Hadidian “Albany, California, Woman of the Year” for her important work in bringing the healing power of music to those facing serious illness and hospitalization.

Now, as Hadidian lies dying, her husband is hoping that the Obama administration is able to provide some form of long-term health insurance so middle-class families like his will not have to go through the financial upheaval he is facing, a sentiment echoed by many advocates for the elderly.

In addition to having parts A, B, C and D, “Medicare needs to have a Part E to provide long-term care so people can stay independent in their own homes and live and die with dignity,” said Jodie Reid, executive director of the California Alliance for Retired Americans.