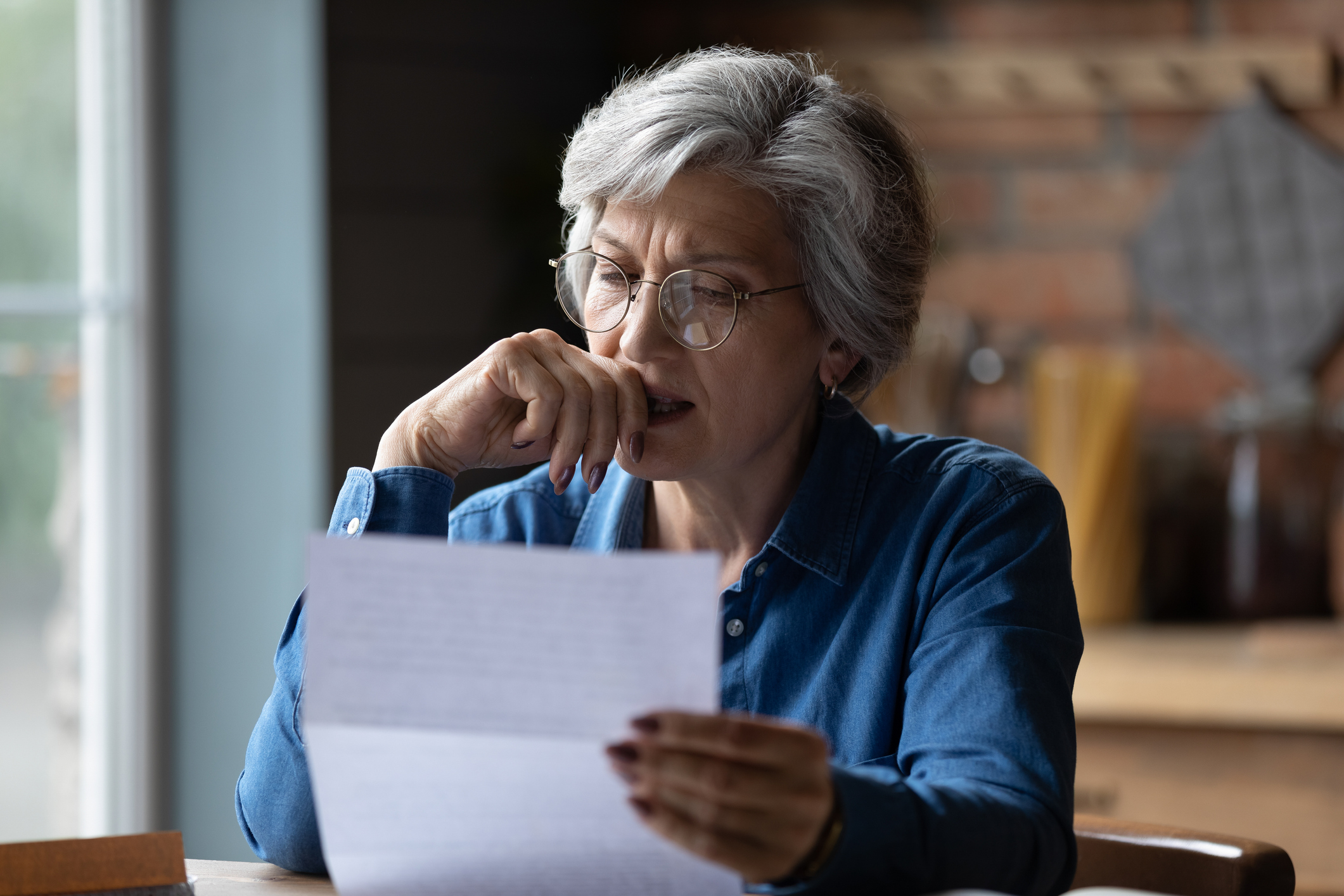 California Has a Unique Problem With Hospice Fraud. Can Legislation Stop it?

The Northern California woman with a chronic illness was receiving home health services, but she wasn’t terminally ill. So when her son learned that a visiting nurse had tricked his mother into signing up for hospice care paid for under her Medi-Cal plan, he was alarmed. Signing up for hospice meant she would no longer be able to get curative treatment for her health condition. Instead, the nurse sedated his mother with morphine and other medications, and a hospice chaplain called the son asking him to sign documents to donate his mother’s body for scientific research.

Desperate for help, the son contacted California Senior Medicare Patrol, which operates a helpline for people impacted by Medicare and Medi-Cal fraud. Medicare is the federal health insurance program for older adults, and Medi-Cal is California’s low-income health program, known federally as Medicaid.

Other callers to the helpline tell similar stories. One elderly couple shared their Medicare information with a friendly stranger they met while out in public. The stranger offered to enroll them in a program to get free nutritional drinks and nursing assistance at home, and said that her agency would handle all the Medicare paperwork. Shortly afterward, the couple started receiving medical bills from their usual doctors, because Medicare had declined to pay them. The couple had unknowingly been enrolled in hospice.

These are just two examples of rampant Medicare hospice fraud in California, which has prompted state legislators to propose new laws to curtail this criminal activity.

“We were receiving a large number of hospice-related calls,” said Sandy Morales, case manager for Senior Medicare Patrol. She said their hotline received 90 complaints about hospice fraud in 2021, a 60 percent increase from 2020. The number of calls has been climbing for more than a decade.

California Senior Medicare Patrol is federally funded through the Administration for Community Living under the Department of Health and Human Services. California Health Report receives funding to report on aging from the Senior Medicare Patrol but is editorially independent. All 50 states and the four U.S. territories have a Senior Medicare Patrol. Their mission is to prevent, detect and report Medicare and Medicaid errors, fraud and abuse, and to protect beneficiaries. Complaints about suspected fraud or abuse are referred to the federal Office of the Inspector General for investigation.

California is the epicenter

Hospice care provides physical, mental and spiritual care and comfort for a person with a life expectancy of six months or less as determined by a physician, as well as their family. When used correctly, this benefit provides much-needed relief. More than 85 percent of bereaved family members rated their hospice experience favorably in a Center for Medicare and Medicaid survey.

But fraudulent enrollment in hospice can be life-threatening. Because hospice is for people expected to die, beneficiaries lose access to curative treatment, including medicines, medical equipment and their regular doctors.

Those who defraud Medicare are driven by profit, not patient wellbeing. While anyone can be a victim of hospice fraud, criminals often target the most vulnerable members of society — older adults, people with limited English proficiency, and the sick and dying.

Syphoning hospice benefits is lucrative. Hospice scammers can collect more than $1,000 per patient each day at great cost to the Medicare program. America’s aging population combined with high reimbursement rates from Medicare has enabled the number of both legitimate and unscrupulous hospice operators to skyrocket since the 1980’s.

However, no state has seen the hospice industry grow as fast as in California. Los Angeles County alone experienced a six-fold increase in hospices in the past decade.

A 2020 Los Angeles Times investigation identified multiple signs of hospice fraud in LA County, including a proliferation of hospices far exceeding the population need, uncorrected citations by federal regulators, and abundant complaints of poor care or deceit from beneficiaries.

In response to these findings, Assemblywoman Jacqui Irwin (D-Thousand Oaks) and Senator Benjamin Allen (D – Santa Monica) took action. Irwin drafted Assembly Bill 1280 prohibiting enticements for hospice referrals, such as gift cards and kickbacks to dishonest doctors. Allen crafted a bill that placed a moratorium on new hospices for one year. Both bills became laws in October 2021, and the moratorium on new hospices began Jan. 1.

The State Auditor published a report in March, noting that California’s “weak controls have created the opportunity for large-scale fraud and abuse.”

The “red flags” suggestive of illegal activities or fraud included the rapid emergence of a large number of hospices, excessive geographic clustering of hospices, reports of medical workers  having their identities stolen and unusually high rates of patients discharged alive from hospice. The average rate of patients discharged alive in LA County was 26 percent, compared to 11 percent nationally.

The auditor identified more than 2,800 hospice agencies in the state as of January 2022, compared to 41 in New York and 46 in Florida. Most of these agencies are located south of Bakersfield, including 1,841 in LA County. Almost 94 percent are for-profit agencies, the highest concentration in all 50 states.

In California, hospice agencies are required to have a license and a staff of qualified nurses, doctors, social workers and other end-of-life care specialists. The California Department of Public Health  is responsible for licensure and inspections.

However, the auditor’s report notes that the public health department “has yet to issue regulations for its hospice licensing processes, despite having had the authority to do so since 1991.” The report noted that the department failed in its regulatory duties, leaving patients unprotected and allowing fraudsters and unqualified agencies to proliferate. It also noted that the California Department of Public Health and the Departments of Justice and Health Care Services have not adequately coordinated their hospice fraud prevention efforts.

The auditor called for several immediate steps, including that the legislature create a state task force to identify, investigate, and prosecute fraud and abuse by hospice agencies in LA County, and for statewide monitoring for hospice fraud.

The California Health Report reached out to the California Department of Public Health but did not receive a response before publication.

Irwin proposed Assembly Bill 2673 with Allen and Assemblywoman Laura Friedman (D – Glendale) in February 2022, which incorporates recommendations from the auditor’s report, including the suggested task force. The bill also requires license applicants to submit evidence of unmet geographic need for hospice services. If passed, the law will require the California Department of Public Health to audit 5 percent of licensed hospice agencies, which current law authorizes but doesn’t mandate.

In addition, improperly certifying a patient for hospice would become a possible cause for license forfeiture.

“We want to make sure to weed out the bad actors and have the public trust the hospices in their community,” Irwin said.

The bill is supported by the California Hospice and Palliative Care Association, a nonprofit organization comprised of hospice professionals. The association’s mission is to advocate and educate about quality, end-of-life care for patients, their families and the community.

“We wholeheartedly support change, because (fraud) impacts those that are the most vulnerable,” said Sheila Clark, the association’s president and CEO. “They need good hospice care with providers they can rely on.”

Currently, there is no opposition to the bill. It passed the assembly on May 23, 2022 and is now in the senate.

Clark and Morales from California Senior Medicare Patrol said the proposed bill is a good start, as accountability and addressing the gaps are critical for ensuring quality hospice care for those who need it, and for protecting Californians who don’t.

Morales offered this advice for preventing hospice and other types of Medicare fraud: “Guard the Medicare card!”

Additional information can be found on at  https://cahealthadvocates.org/fraud-abuse/

California Has a Unique Problem With Hospice Fraud. Can Legislation Stop it?