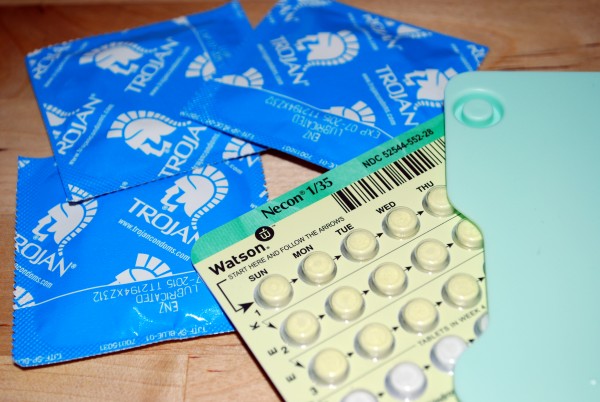 Getting information out to this ethnic group is important, according to advocates, because the topics are taboo.

“From my experience, as an Asian American, these are topics we don’t about, it’s hush, hush,” said Ethan Giang, an HIV program specialist with the Asian Americans for Community Involvement, a group within the Asian HIV/AIDS Collaborative of Santa Clara, which sponsored the San Jose event. “HIV, sexual health and homophobia it’s all a part of that.”

Overall, the number of Asian and Pacific Islanders who are newly infected by HIV is small compared to other ethnicities—2 percent for Asians and 1 percent for American Indians and Native Hawaiians in 2009. In comparison that same year, 44 percent of new HIV infections were among African Americans, 20 percent Latinos and 32 percent among whites.

The event, held at Evergreen Valley College in south San Jose on May 10, is just one of dozens that was held around the world as part of National Asian and Pacific Islander HIV/AIDS Awareness Day on May 19.

At one table, students created cards with messages of hope for those who are living with HIV. At another table, students played a trivia game about HIV. Others held up signs about why they think it’s important to talk about the virus. Outside an assembly hall, students lined up to get free, confidential Rapid HIV Testing.

Organizers said the event was meant to be interactive and encourage people to talk about HIV and sexual health.

“We want it to be more engaging, since we are focused on raising awareness,” said Giang.

“The percent of patient population of [Asian and Pacific Islander] descent was 4 percent and in the last 4 or 5 years it has doubled to 9 percent,” said Dena Dickinson, who manages the Ira Greene Partners in AIDS Care and Education Clinic, Santa Clara County’s main HIV/AIDS provider. “It’s out there, it’s people who are immigrating in, but it’s also people who have been here for awhile, men and women.”

Advocates say current infection numbers also may not reflect a clear picture about Asian and Pacific Islanders since testing rates within the group is the lowest out of any other ethnic groups. Over two-thirds of Asians and half of Pacific Islanders have never been tested for HIV. And for those who are living with the virus, one out of three don’t know that they are infected.

“It’s not just somebody else’s disease it’s very present in the [Asian and Pacific Islander] community,” said Dickinson. “We really have to stop thinking about, it’s this group or that group. It’s really everybody.”

She adds that misconceptions about the disease are rampant in Asian and Pacific Islander communities. According to surveys her organization has conducted, many believe those living with HIV shouldn’t be allowed to teach or prepare food at a restaurant, Dalugdugan said.

“We found it’s important to end stigma within our community, talking about the facts about HIV, promoting people getting tested, creating communities for those living with HIV [and connecting them with other] Asian and Pacific Islanders they can relate to,” said Dalugdugan.

Talking about HIV and sexual health within the group is more important today, advocates say, with the latest U.S. Census revealing that Asian Americans is the fast growing minority in the country.

“There’s no reason not to get tested,” said Supriya Rao, a clinical quality coordinator with the Santa Clara Public Health. “You can do it anonymous, it can be done in 20 minutes, and all the test counselors are trained to handle people from different cultures.”

One project that is aiming to combat stigma in the community is called Taking Root: Our Stories, Our Communities. The project, which is part of a national initiative, is a three-day workshop where people living with HIV tell their stories through audio, images and music. The narratives are compiled together and shown at community events across the Bay Area.

Nathan Manuson, a Filipino-American gay man who is living with HIV, was among those who participated in the workshop. He narrated a story about a close friend who died of AIDS, unable to tell anyone about what he was going through.

“So I hope that me sharing my story, [it] will change the community’s way of thinking,” said Manuson.

Culture is also a thread that runs through some of the stories.

Melenie Eleneke, who is transgender and Native Hawaiian, was among the participants living with HIV. She says that the workshop forced her to remember parts of her Native Hawaiian ancestry that she had since forgotten—that she comes from a long line of women healers. Focusing on this part of her story, Elenke says she has been able to accept and forgive herself for her actions and move forward.

“Maybe a part of my story can resonate with someone who cannot take accountability for their behavior and their actions and cannot forgive themselves,” said Elenke.

Advocates said they hope the stories will touch many in the Asian and Pacific Islander community and feel connected with the people who are telling their stories—helping them become less fearful about getting tested or about disclosing their status.

Project organizers are planning to bring the workshops to other cities around the Bay Area and incorporate stories not just from HIV patients but also family members, friends and those who care for someone living with HIV and AIDS.