From Foreclosures to Affordable Housing 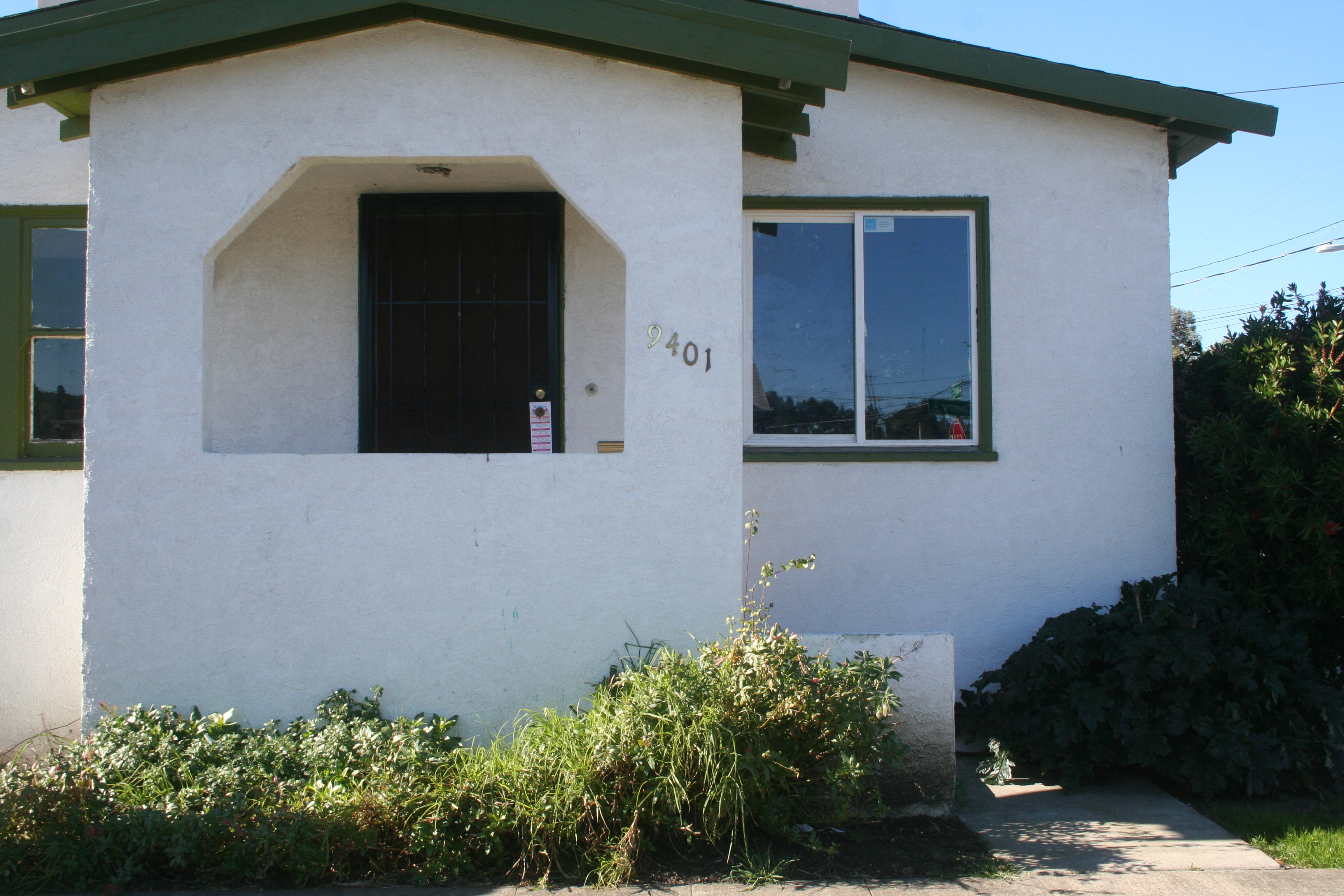 “Hello!” Anne Griffith called out as she unlocked the front door of a recently purchased home in the Elmhurst neighborhood of East Oakland. Though the house was purchased in foreclosure, and has stood empty for months, Griffith expected an answer to her call. She got one.

“Hello, who’s there!” a man’s voice demanded from a back bedroom as Griffith swung open the door. “The owner,” Griffith shot back.

The man left sheepishly, though evidence of his stay remained in the thick cigarette smoke that hung in the air. The squatter is just one of the challenges involved in purchasing and renovating foreclosed homes in the neighborhood, said Griffith. She’s the executive director of the Oakland Community Land Trust, or OakCLT, which owns the home. There’s also graffiti, stolen copper and years of neglect to overcome before putting the houses back on the market. Once renovations are finished, there’s also the challenge of selling it: finding owners who’d like to live in the East Oakland neighborhood.

Land trusts have been around for decades, Griffith said, but are often unfamiliar to prospective homebuyers in Oakland. Trusts purchase homes, usually homes abandoned by their owners, in an effort to revive low-income areas and provide low-income people with stable housing. After buying and rehabilitating the houses, land trusts sell the homes—but not the land beneath the house—to low-income buyers.

The land continues to belong to the trust, and the homeowner pays a lease fee. The house belongs to the owners like any other home, and can be passed onto children or sold. When the home is sold, owners make a profit based on formula connected to the rate of inflation, but are guaranteed a return of at least two percent. The land trust will then sell the home to another low-income buyer.

OakCLT formed in 2009 to deal with the increasing number of foreclosures in Oakland that followed the financial crisis of 2008.

The house in Elmhurst is one of ten that the land trust owns in the neighborhood. Shortly after the trust formed, they got a grant from HUD, and started purchasing foreclosed homes in targeted areas called neighborhood stabilization zones. So far the trust has purchased 17 houses, six of which have been rehabbed and are ready for purchase.

They’ll sell for prices about 20 to 30 percent below market price, and the total monthly costs rival the rent on a comparable two-bedroom apartment, at about $1,127 a month.

No homes have sold yet, however, and only two are in contract with sellers. “Our big push is connecting with potential homebuyers,” Griffith said. That has been a challenge, because the land trust wants to make sure that buyers can afford the house, and many people interested in living in East Oakland don’t qualify for a mortgage.

Would-be buyers can’t make more that $45,100 for an individual or $64,000 for a family of four. But purchasers also need to show that they’ve been employed for at least two years, supply a down payment of around $4,500 and have good credit with no history of foreclosures.

“It’s a hard time for folks,” Griffith said. “It’s been an issue trying to qualify people. The folks who come to us with strong interest may not be ready to buy a house.” The OakCLT will work with families who don’t meet the requirements for purchase to improve their credit and save a down payment. In the meantime, however, the trust must carry the houses, which is expensive, Griffith said.

The expense of rehabilitating the homes is also daunting for the land trust. “The amount of work we do on houses is significantly more than market prices will bear,” Griffith said, “we do everything up to code.” The houses are rehabbed with an eye to future maintenance costs, and using energy effective materials like double-paned windows, but that increases renovation costs. The land trust, Griffith said, improves the houses to a standard not required of other investors and homeowners.

Attention to these details makes the difference between recently purchased and rehabbed homes dramatic. The smell of smoke was the least of the troubles at the land trust’s newly purchased home in Elmhurst. Missing windows, water damage, odd paint colors and a patina of dirt masked the home’s potential, and that list doesn’t count the problems that contractors will likely discover as they start renovations.

A land trust house nearby, however, one ready for new owners, has been returned to a better-than-original-state. The craftsman-style house would fit in well in Oakland’s tonier neighborhoods. The original floors have been carefully restored, the fireplace is flanked by original built-ins, and the kitchen is completely renovated. There’s no new paint smell, because no-VOC materials are the standard for land trust houses. Several locks and an alarm keep the house secure.

Despite the transformation, and the commitment to creating a stable community, few people attend the informational sessions for prospective homebuyers. A recent evening session drew just one family to meeting room at Eastmont Town Center in East Oakland. They listened attentively and asked a few questions that Griffith said were typical, about the leasing costs and whether or not they’d be able to pass their home onto their children.

Stability is what the community wants for their neighborhood, too. “They want to turn the houses into homes,” Griffith said.

From Foreclosures to Affordable Housing