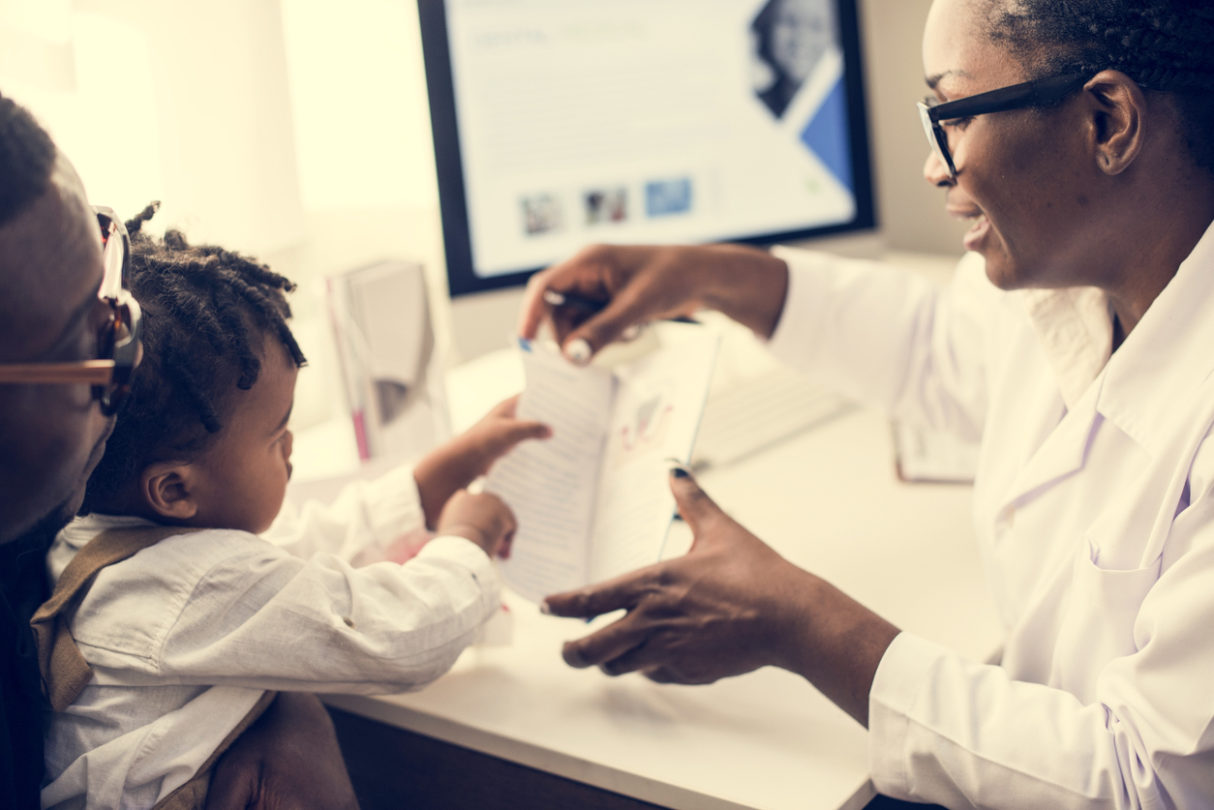 Whenever she has a concern about Matthew’s health, she brings it up during his well-child appointment at QueensCare Health Clinic in Hollywood.  It’s thanks to these regular check-ins with Matthew’s pediatrician, covered by his Medi-Cal plan, that Espinoza learned her son might have a developmental delay. At 6 months, Matthew wasn’t sitting up. And at 10 months, Espinoza noticed he was very sensitive to sound, shaking and crying any time she turned on the blender or a hair dryer. He also had trouble swallowing pureed food.

The doctor connected Espinoza with her local Regional Center, where Matthew is now getting physical and occupational therapy.

“Having those well-child visits really gives you the opportunity to tell the doctor what’s going on with your child, and if something’s not normal, the doctor’s able to tell you that,” Espinoza said. “It gives you peace of mind.”

Yet even though Medi-Cal, California’s health insurance program for low-income residents, covers well-child visits and multiple other preventative services for children, many families aren’t accessing them, according to a recent state auditor’s report. Between 2013 and 2018, an average of 2.4 million children each year enrolled in Medi-Cal did not receive all required preventive services, according to the findings. These services include developmental screenings, immunizations, lead poisoning assessments and optometry.

Given that Medi-Cal covers around 5.5 million children—more than half of kids in the state—the number of children not accessing all the preventive services they’re entitled to accounts for close to a quarter of California’s children.

“When I saw the audit I was pretty shocked,” said Assemblymember Jim Wood (D-Santa Rosa), during a recent hearing on the matter. “It’s pretty hard to misplace 2.5 million kids.”

The auditor’s report cites several reasons for the problem. First, the Department of Health Care Services (DHCS) has allowed Medi-Cal managed care plans to skirt mandatory standards on how far families should have to travel to see a doctor. DHCS has granted hundreds of “alternative standards” at the request of plans, meaning some families would have to travel hundreds of miles, or several hours, to see a pediatrician or other specialist, auditor Elaine Howle told a joint hearing of the legislative audit and assembly health committees in April.

“A beneficiary who’s in Medi-Cal, getting services from providers, they’re typically low-income families. They don’t have the ability to drive 300 miles or they may not have the capability to do that,” Howle said. “So unfortunately many of those children are not getting access to preventive services that they need.”

Another problem is that DHCS isn’t doing enough to hold Medi-Cal managed-care plans accountable for providing preventive services, and doesn’t ensure plans are communicating with families about the services and benefits their children are entitled to, the auditor found. For example, in cases where an in-plan provider is hard to get to, plans should be letting parents know they’re entitled to help with transportation costs, or can seek care from an out-of-network provider, the auditor said.

Other issues cited in the report include low provider reimbursement rates, which discourage doctors from accepting Medi-Cal patients, and failure to ensure plans meet the cultural and linguistic needs of California’s diverse population.

In some immigrant communities people delay or avoid medical care because it’s hard to find a doctor who speaks their language or understands their culture, said Cary Sanders with the health advocacy group California Pan-Ethnic Health Network. Recently, this problem has been exacerbated by federal anti-immigration policies, which have made some people anxious about seeking medical care for their kids, she said.

These issues, along with inadequate data collection and oversight of managed-care plans, are contributing to health disparities between children from different backgrounds, Sanders said.

“A lot of the things that the auditor raised in that report are things we’ve been raising with DHCS for a number of years,” she said.”It’s really important that managed-care plans work with children to ensure that they’re utilizing these preventive services … so that routine health conditions don’t become worse and don’t turn into costly emergencies and poor health outcomes later.”

Health providers cited some practical reasons why families aren’t taking advantage of all the preventive services available to them. Edward Liao, interim chief medical officer at QueensCare, which runs community health clinics in Los Angeles, said some parents simply can’t get time off work to take their children to the doctor. Also, many families see preventive care as less of a priority once their child has received the initial flurry of vaccinations and well-child checkups in the first few years of life, he said.

That’s unfortunate, Liao said, because kids require ongoing screenings to make sure their eyesight, hearing, growth and other health indicators are on track.

Srinivasu Sunkara, chief medical officer at Harbor Community Health Centers in San Pedro, said one challenge is that some families don’t show up for scheduled preventive-care appointments. Harbor is trying to address this problem by reaching out to families to better understand why they miss appointments, and to help them with barriers such as transportation costs, he said.

Meanwhile, health providers are also battling misinformation about vaccine safety, which has made some parents wary of childhood immunizations, Sunkara said. Vaccination rates were at 70 percent in 2017 among children enrolled in Medi-Cal, below DHCS’s 80 percent goal, according to the auditor’s report.

“Parents are a big part of it,” said Sunkara. “We can offer and recommend and educate, but it’s ultimately the parents consent that will lead to administering the vaccination.”

DHCS said it’s working on several fronts to improve children’s access to preventive care. One is a student loan repayment program for physicians and dentists who agree to treat Medi-Cal patients, which is expected to bolster the number of available providers. The department said it is also beefing up its outreach to parents to let them known about the preventive services children are entitled to, and is providing clearer instructions to plans on what they’re expected to cover.

Additionally, DHCS said it is trying to do a better job of measuring health disparities, so it can come up with strategies to help areas of the state that are falling behind.

“We by and large both accept and agree with the findings,” DHCS director Jennifer Kent said of the auditor’s report. “We can and are committed to doing better by all of our population in the program, and in this particular case we are committed to improving the utilization of preventive screenings for children.”

Espinoza, meanwhile, said she’s glad she took advantage of the preventive services available to her son Matthew. Since starting therapy, his physical development is on track and he no longer cries at loud sounds. He’s also overcoming his eating difficulties, Espinoza said.