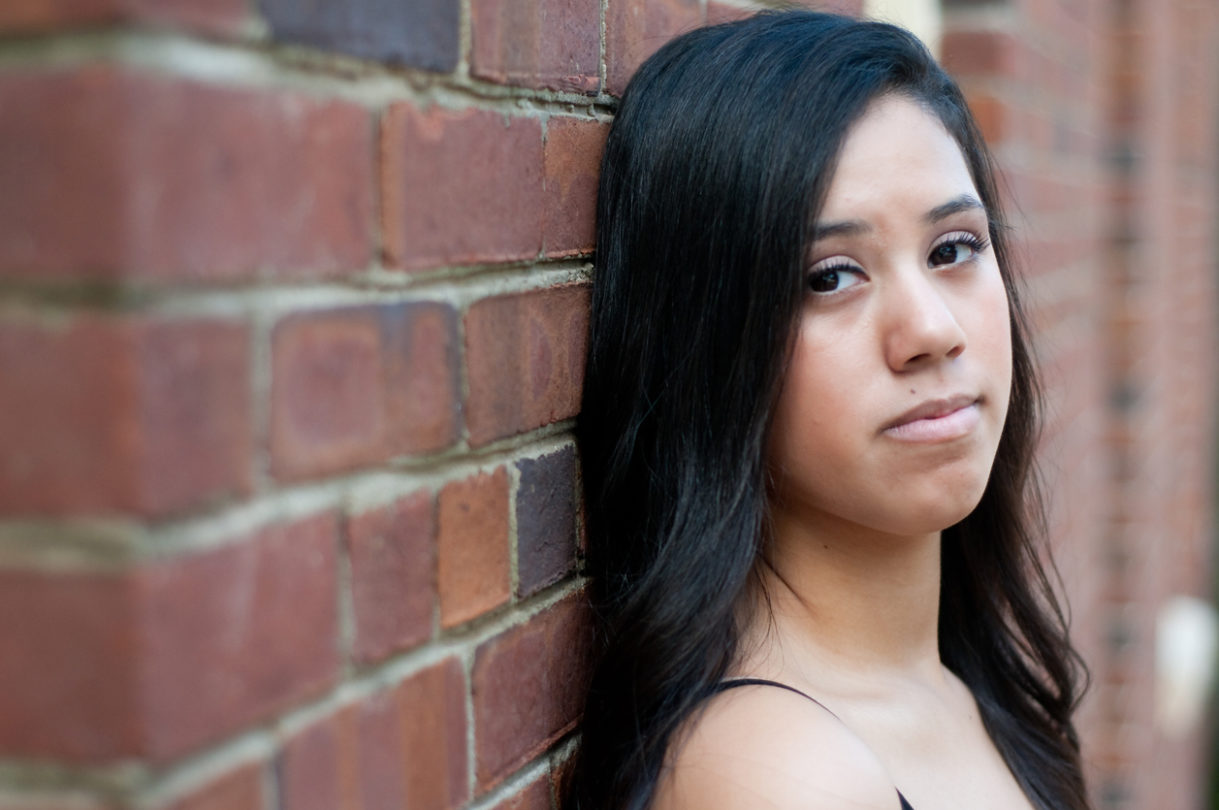 After her visit at an adolescent medical clinic in Los Angeles in January, 19-year-old Serena was afraid to go home. Six days before, her boyfriend had beaten her so badly that she had to go to the emergency room. Serena’s name has been changed to protect her safety.

“She was so sad and so scared,” said Monica Sifuentes, my colleague and an adolescent medicine pediatrician at Harbor-UCLA Medical Center, who treated Serena. With visible sadness, she told me Serena’s story.

Serena, who is Latina, isn’t currently in school or working. She hasn’t been able to support herself. She knew her boyfriend was in a gang, but she said he was attentive and took care of her—at first. Then, he became controlling and mean. She broke up with him, and he became angry, punching her in her head, dragging her across the floor and choking her. He ran away when the police arrived.

Serena is a victim of dating violence, which is being recognized more often, especially among adolescent girls and young women. Teen dating violence includes physical, sexual, psychological or emotional aggression, as well as cyber-bullying and stalking by a current or former partner.

According to the Centers for Disease Control and Prevention, CDC, 23 percent of women in the United States experience intimate partner violence before they turn 18. Young women between 16 and 24 have the highest rate of abuse by a partner, compared to all other age groups. Nearly one in nine teen girls experience physical abuse from a dating partner. For 11 million female victims of rape, the attack occurred before they were 18. This is also true for about 1.5 million male victims.

Dating violence can affect anyone regardless of background, income, identity or gender. However, females are more often victims, and they have a greater risk of severe injuries and death. Teens who identify as LGBTQ and those who are racial or ethnic minorities experience more dating violence, as well as all types of violence. Nearly one in four lesbian, gay and bisexual youth who had been in a dating relationship reported sexual violence in a recent survey.

In California, 8 percent of 11th graders were victims of physical abuse by a dating partner. Among adult women in the state, 34 percent reported being a victim of partner violence in a Blue Shield of California Foundation survey.

Many teen victims do not tell their family or friends about the abuse, in part because they believe violence is “normal” in a relationship. Some fear not being believed or that their abusers will cause more harm to them or their loved ones.

Toxic, abusive or violent relationships can have adverse health effects, physically and mentally, on a developing teen—in both the short and long-term. Researchers have found that adolescent girls who have been victims of dating violence are more likely to have depression, anxiety and weight management problems, including obesity. They are also more likely to consider suicide and have risk-taking behaviors, such participating in unsafe sex and using drugs or alcohol. In addition, victims of violence during adolescence are more likely to be victimized again as adults.

“Teen dating violence needs to be taken just as seriously as adult domestic violence “said Hannah Denyer, the prevention coordinator for Peace Over Violence. “It’s just as severe and has serious consequences.” Peace Over Violence is a Los Angeles-based advocacy group dedicated to preventing violence that was started in 1971 by a woman who was a victim of sexual assault and couldn’t find help. The organization provides legal services, counseling and a 24-hour hotline for rape and abuse victims. One of the group’s main emphases is on youth education and violence prevention programs, including in LA Unified and Pasadena Unified school districts.

Because violence, including intimate partner violence, is so common and has lifelong implications, the CDC considers it to be a public health priority. Part of the agency’s mission is to conduct research on the causes and effects of intimate partner violence, and create strategies for prevention. The CDC has developed a school-based program for young adolescents called Dating Matters that targets 11 to 14 year olds with goal of preventing dating violence, before it starts.

In line with the CDC’s response, the California Department of Public Health recently launched a violence prevention initiative to reduce violence and create safer and healthier communities throughout the state.

Unfortunately, Serena has not returned for necessary medical care, Sifuentes said. This is a common—and disheartening—problem for young victims of violence. Many victims return to toxic situations because they don’t think they have other options.

“I want her to go to school, get a job and learn how to keep herself safe,” Sifuentes said. She and the clinic’s social workers continue to try to reach Serena.