Finding Humor – and Wisdom – in Aging 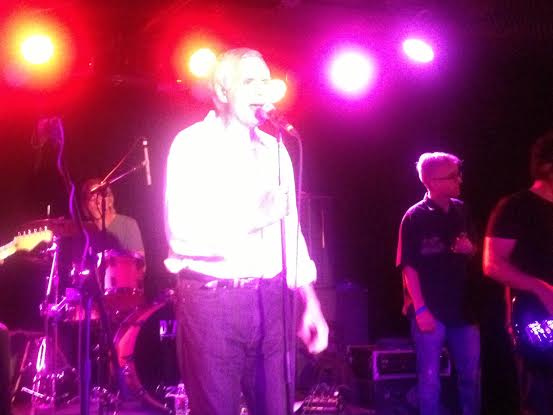 When actor and comedian Robin Williams committed suicide at age 63, the tragedy traumatized fans worldwide who wondered how someone so famous – and so funny – could pull the plug on a legendary life and career.

It also spotlighted the vicissitudes of aging. Besides Williams’ recent diagnosis of Parkinson’s disease, friends say he was depressed over his faltering career after the cancellation of his TV show “The Crazy Ones.”

Fellow comic Jack Gallagher long ago started thinking about the same issues that ultimately doomed Williams, but came up with a very different solution.

Gallagher is plenty familiar with the shelf life of a comic, and recalls the exact words his agent relayed after Gallagher auditioned as host of an MTV reality show that pitted police officers against punks: “Find us someone who does exactly what Jack does… who’s 10 years younger.”

“In our business, it’s a combination of age and expiration date,” says Gallagher. “I knew this was coming 10 years ago.”

Now 61, the Sacramento-based Gallagher sees this new phase of life as an opportunity to draw outside the lines of standup to venture into other worlds – as playwright, rock star, even podcaster and political moderator.

Last month, Gallagher and fellow musicians – including a 20-year veteran of the Robert Cray Band on drums – played their annual show of classic and rare tunes to celebrate Gallagher’s encyclopedic love of pop, rock and soul.

As the band’s lead singer, Gallagher infused the event with comic gems, entertaining the audience as both rock god and comedian – including a gleefully profane list of classic songs with phallic references.

“How many people get to be a rock star at 60?” jokes Gallagher.

The most telling song from the night’s set list was “Earthbound” – a Gallagher favorite – that contrasts the untethered lunacy of success with the rooted world of a life simply lived. Written by country singer Rodney Crowell, the song’s message is the perfect cautionary antidote to Williams’ suicide: Life is full of imperfections, and abundant joy.

Since hitting 50, Gallagher has penned five successful one-man stage plays based on his life, two of them focused on sons Declan and Liam.

And in “Just the Guy” he chronicles his oh-so-close TV sitcom “Bringing Up Jack,” which was pulled from the ABC lineup just a week before its 1995 airdate, the victim of clashing executive egos.

“The sitcom got cancelled and I wondered ‘Will I get another chance?” he recalls.

Since then, he’s gained a perspective on the past that comes only with age.

“I let people dictate what I did. I let them dye my hair,” winces Gallagher. “That’s when I decided I wanted to control what I do.”

Since then, Gallagher has also co-created the podcast “5 Songs” which spotlights the most influential music of friends and colleagues, who discuss its powerful effect on their lives.

Most recently, he began moderating public policy forums for the Sacramento-based nonprofit Valley Vision, which sought a civil moderator “with a light sensibility” who could keep issues from becoming contentious.

Gallagher was once a centerpiece of the explosive Boston comedy scene in the 1980s along with Steven Wright, “Bobcat” Goldthwait, Denis Leary, and Janeane Garofalo. Since then he’s toured nationally and has appeared on the Johnny Carson, Jay Leno, and Conan O’Brien shows. He is perhaps best known as Larry David’s testy physician from the HBO comedy “Curb Your Enthusiasm.”

Despite his many successes, life as a comedian was always fraught with uncertainty and failure.

After Gallagher complained about one particularly poor performance, his father put his day – and his life – into perspective with a simple question.

“Did you have to lick anything?”

Perplexed, Gallagher asked what the heck his father was talking about. Of course not, he replied.

“Then it was a good day,” replied his working-class dad. “So shut up.”

At age 34, Gallagher learned another key life lesson when his sister Charyn, just 10 years older, died of leukemia: “How fleeting things are.”

Another pivotal event occurred when son Liam was diagnosed with autism. Gallagher’s focus soon shifted from career to family. He even rewrote an entire math book to make the subject more accessible to his son.

“I decided to spend more time with him than I did on my career,” says Gallagher.

After auditioning for thousands of roles in Hollywood, Gallagher realized that inside the fast-paced world of entertainment, life was actually passing him by.

“There have been times in my life that I’ve been so hung up on looking for things professionally I’ve missed what I realize are the most important and lasting parts of my life,” he says.

Like many comics before him – most notably Steve Martin – Gallagher has today become a talented chameleon, changing creative colors and journeying outside previous boundaries.

He recalls with curious sadness his performance earlier this year at the famous Throckmorton Theater in Marin County just north of San Francisco. As he often did, Robin Williams stopped by that evening from his home in nearby Tiburon to say hello to the performers.

Although Gallagher’s lengthy career has morphed from high-profile comic to journeyman actor cobbling together commercials, voiceovers and PBS shows (which three times netted him an Emmy) he feels most comfortable when he’s “earthbound.”

“That song is about appreciating what you have,” says Gallagher.

Between shows at the Sacramento nightclub, his fellow musicians joke that he needs to try a rock star scissor kick on stage. They also speak eloquently about the fun they’re having in their later years free of the musical pressures decades earlier.

Although Gallagher doesn’t think in the terms of his legacy, he’s certain how he wants to be remembered.

Finding Humor – and Wisdom – in Aging