Most Employers, Like NFL, Don’t Have Policies for Responding to Domestic Violence 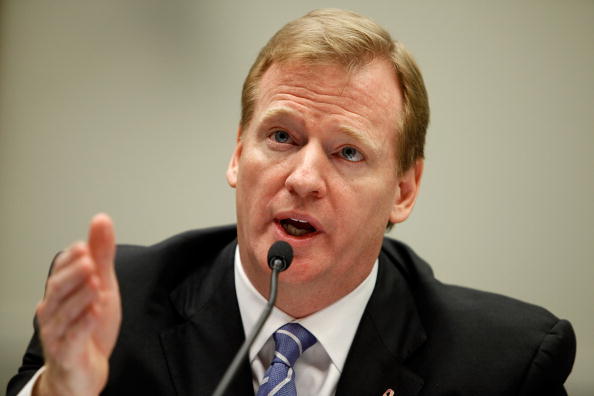 The National Football League and former player Ray Rice made headlines last week after a video surfaced showing Rice knocking his fiancé unconscious in an elevator. The NFL sanctioned the Baltimore Ravens running back for the incident earlier this year with a two-game suspension. But the now public image of Rice punching his fiancé in the head prompted the Ravens to go further and release Rice from his contract.

The video’s release arrives on the heels of NFL commissioner Roger Goodell’s announcement that the National Football League would crack down on domestic violence with stricter penalties. Under the new rules, first-time offenders would receive a six-game suspension and second-time offenders are to be banned for life.

Most workplaces (70 percent) do not have a formal policy or program to address violence, let alone domestic violence specifically, despite a survey indicating that 44 percent of adult employees reported personally experiencing the effects of domestic violence in their workplace.

“I think it sends an important message that there are consequences, and even noncriminal consequences, to these sort of actions for engaging in domestic and sexual violence,” said Maya Raghu, Senior Attorney for Futures Without Violence, an advocacy group for victims of domestic violence, of the NFL’s new policy.

Approximately 1.5 million women are physically assaulted by an intimate partner each year in the United States. The effects of domestic violence in the workplace may include inhibiting an employee’s ability to perform their work safely, harassing phone calls, armed “show-ups” at the office and sleep deprivation because of abuse.

Domestic violence affects the safety of the workplace, of the victim and other employees and productivity. Research from the CDC estimated that the 2003 costs of intimate partner rape, physical assault and stalking were $8.3 billion to cover the costs of medical and mental health and lost productivity.

“There’s a lot of denial about the subject overall,” said Steve Albrecht, an author, teacher and consultant on workplace violence prevention. “And there’s a privacy concern that says what you do in your home, in your bedroom or in your house, is your own business until it effects our operation.”

Albrecht says it’s a tough issue. If both the victim and the perpetrator are employed by the same company, then it’s an easier path for the employer to separate the parties and make referrals to employee assistance programs or counseling and create a safety plan at work.

“But what people do in their off hours…if you knew about somebody who got arrested for some crime over the weekend, does it impact the business? And if it doesn’t, then employers are pretty limited as to what they could do.” Albrecht said.

Raghu pointed out, however, that at “at-will” employment is typical in California and nationally. This means that the employer or employee can end the relationship at any time, with or without cause, as long as it’s not discriminatory.

This is especially true of people who are hired on contracts, like NFL players, where employees must agree to a variety of clauses and various circumstances under which they can be fired.

More and more employers are adopting policies to protect victims. In 2012, President Obama signed a memorandum requiring all federal agencies to develop policies to address the effects of domestic violence and provide assistance to its victims.

California is one of a handful of states that has laws that specifically protect victims of sexual and domestic violence from discrimination. Senate Bill 400 went into effect on January 1, 2014, and it prohibits employers from firing, retaliating or discriminating against employees who are victims of domestic violence, sexual assault, or stalking.

“I hope… this sends a message to companies: don’t wait for something bad to happen, but be proactive,” Raghu said. “By taking steps now, maybe you can help an employee who is experiencing violence before it’s too late, and we can help keep people safe.”

SB 400 also requires that employers provide “reasonable accommodations” to these victims, such as changing the employee’s work number or station, implementing new safety procedures, or installing a lock on the workplace’s entry.

While these and other types of policies are important, Raghu points out that it’s more important “to help put up the signal to people that the employer takes this issue seriously. And if you are a victim, there’s places to go for help, and if you’re a perpetrator that there are consequences.”

“A policy is just a piece of paper unless it’s given meaning,” Raghu said.

Employers need to take genuine steps to create a culture in the workplace where people know that this kind of violence isn’t tolerated, she said.

“We don’t want or expect employers to become experts of domestic violence or sexual violence.” Raghu said. “But there are experts in the community, so it’s important to make an effort to reach out to them, have a relationship with them, maybe invite some domestic or sexual violence experts who could come in and help in training or raise awareness about the issue in the workplace,” she said.

Some of those steps include putting up posters bearing a domestic violence hotline number in discrete places, or partnering with domestic and sexual violence service providers in their community.

“There’s this national conversation going on right now, and hopefully it’s a great moment that we can all seize to change the culture of domestic violence,” Raghu said.

Most Employers, Like NFL, Don’t Have Policies for Responding to Domestic Violence