Deciphering Electronic Lab Results a Challenge for Some Patients 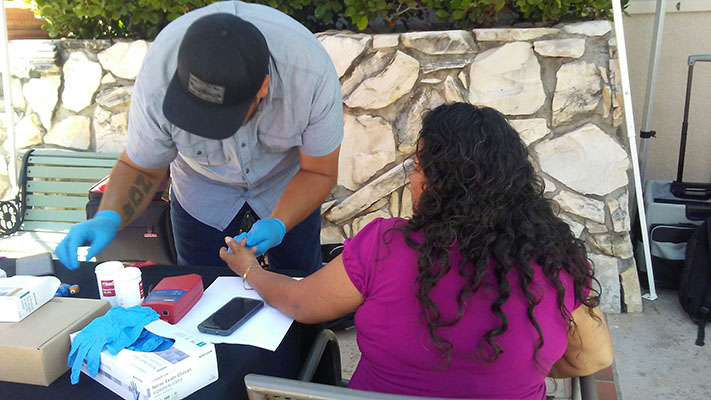 Researchers at the University of Michigan have found that some people, particularly those with poor number and health literacy skills, may not be able to understand the numbers on lab reports, or what steps may be needed as a result of the test results.

The study is important because since last February, the U.S. Department of Health and Human Services has allowed patients, or their designated representatives, to have direct access to lab test results without prior review by a doctor. And some doctors and insurers now include test results in electronic health records that can be accessed directly by patients.

The researchers say there are advantages to the direct access by patients, such as not having to wait for a doctor to get in touch or return a call. But they are also concerned that patients who don’t understand the results may not take any needed next steps such as follow up with their physician if results indicate a new or continuing health problem.

To test whether patients could identify laboratory blood test values outside reference ranges, the researchers created an online survey, which was accessed by just over 1,800 adults ages 40-70. Participants were asked to review the results as though they had type 2 diabetes (about half actually did.)

The lab tests were shown in a standard table format the way patients might see them as part of their electronic health records, and hemoglobin A1c levels—a standard lab test that assesses glucose control – was set at either 7.1 percent, slightly outside the reference range, or 8.4 percent, which is moderately outside the reference range. Other test results were also shown as within or outside reference ranges so that patients would have to determine on their own whether their test results required further follow up.

The researchers said that, based on responses to the online survey, they assessed whether the participants could understand whether the A1c levels were outside the reference ranges, how they rated their own glucose level control and whether they would follow up with their doctor. They also added other tests to assess the number and health literacy of the participants.

They concluded that poor health literacy and math skills are barriers to patients being able to understand lab test results the way in some electronic health record formats and that people with poorer skills would be less likely to follow up with their doctor.

Brian Zikmund-Fisher, associate professor of health behavior and health education at the University of Michigan School of Public Health and the lead author of the study said, “if we can design ways of presenting test results that make them intuitively meaningful, even for people with low numeracy and/or literacy skills, such data can help patients take active roles in managing their health care.”

The study was published in the Journal of Medical Internet Research.

Deciphering Electronic Lab Results a Challenge for Some Patients