When the Spirit Moves You… in Later Life 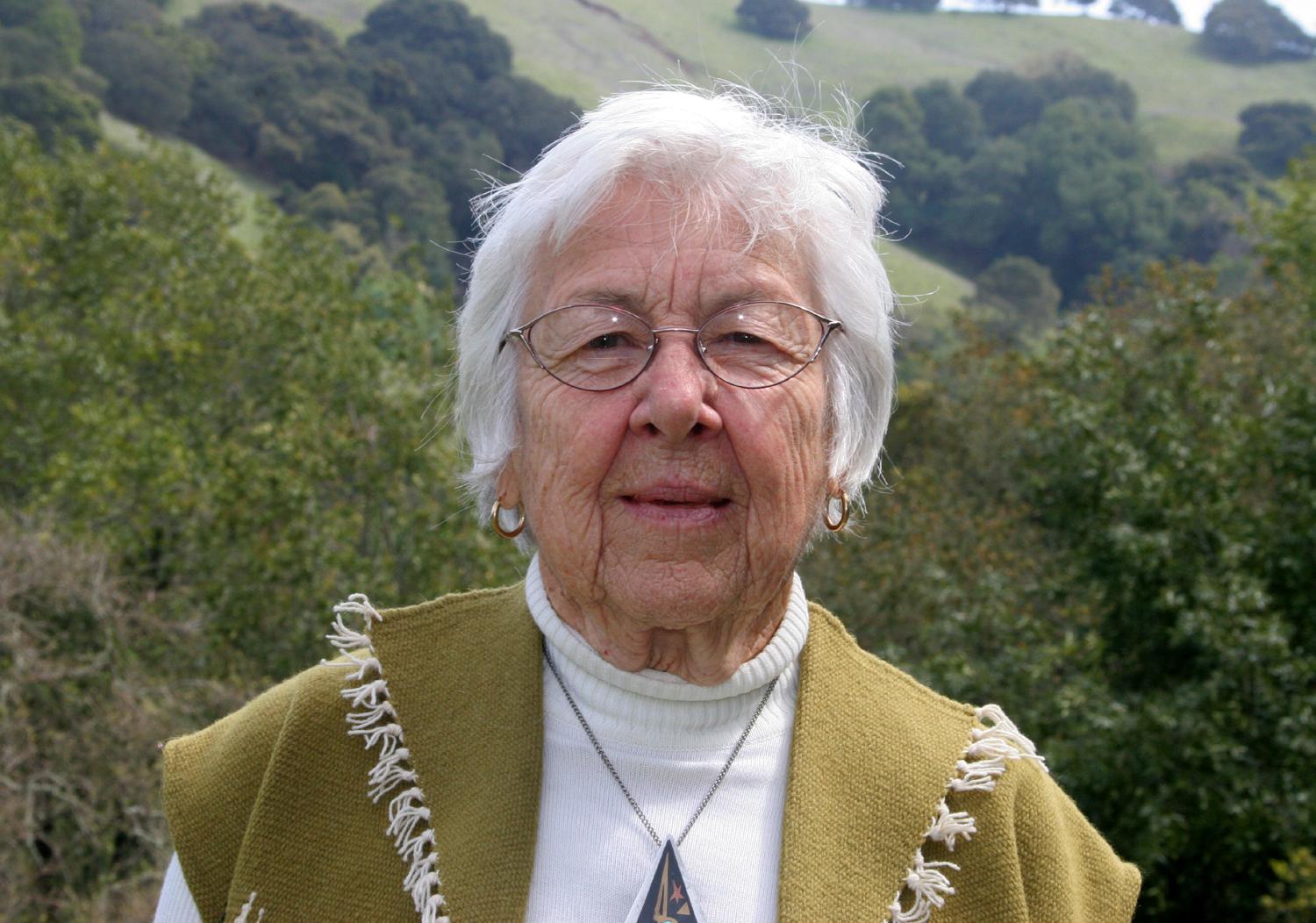 In American culture, God is taking one hell of a beating.

At the same time, the nation’s hunger for divine connection – especially among older adults – has never been higher. With advancing age, the soul’s gnawing desire for spiritual attachment often grows, and many older adults long to discuss both meaning and mortality.

“There is a yearning (for) sharing the emotional, psychological and spiritual aspects of aging,” says Kathleen Erickson-Freeman, elder education program manager at the Institute of Noetic Sciences, headquartered in Petaluma.

Around California, various programs are sprouting to meet this need – and to train spiritual facilitators.

“It takes courage and heart to meet the myriad changes and challenges that late life brings,” says Schmelzer, a psychotherapist and counselor specializing in aging and end of life issues. “The loss of loved ones and friends, health declines, and retirement from work that not only provided income but often community and a sense of purpose.”

At the epicenter of this divine exploration is the Baby Boom generation – with between 8,000-10,000 of them reaching 65 every day.

In the 1960’s, scholars Alan Watts and Ram Dass (formerly Richard Alpert of Harvard) imported spiritual wisdom from India and the Far East, opening a divine window to the rest of the world for Boomers skeptical of traditional religious authority.

“Baby Boomers were the first to reject standardized religion,” says Anne Huffman, associate director of the Spiritual Guidance program at Sofia University in Palo Alto. “They were the first to go off on a spiritual quest.”

Since that time, spirituality has gained momentum as physical, emotional and psychological soul food.

“It gives them a chance to frame their life in a way that makes sense,” says Huffman, who also consults privately. “It can really provide a lot of sustenance and comfort.”

Huffman cites the experience of a lesbian client, once married, who divorced and approached her 70’s with no children or partner. Feeling outcast from the Catholic church and its disapproval of homosexuality, she nevertheless felt an intense desire to reconnect with her faith.

A breakthrough occurred “once we uncoupled Jesus from the Catholic church” says Huffman. “It was really moving to witness that shift in her.”

In a country overwhelmingly Christian – at nearly 75%, with another 10% aligning themselves with other faiths – why isn’t spirituality discussed more openly?

Experts say the painful truth is that many American institutions – including churches and long-term care facilities – often fail to meet the basic spiritual needs of older adults.

While churches may foster greater community, they are often least effective in meeting the spiritual needs of parishioners, says Nancy Gordon, who heads the Center for Spirituality and Aging in Anaheim.

“We don’t teach prayer very much,” she admits. “Or different forms of prayer.”

Gordon also works with the southern California long-term care provider Front Porch, which surveyed its elder residents, asking whether their spiritual needs were being met.

“They were having an overwhelming number of their residents say ‘no,’” says Gordon.

“A lot of older adults, as they get older, have spiritual awakenings, but may not have anyone to talk to, especially if they’re in assisted living facilities,” says Huffman. “There just isn’t anyone to service them. The only person coming (at home) is Meals on Wheels.”

Another professional arena that often neglects spirituality is the field of psychotherapy, says Cassandra Vieten, president of the Institute of Noetic Sciences (IONS).

“There’s this whole aspect of human experience that’s being ignored in the psychological community,” says Vieten. “A very large proportion of them never got any training in religion or spirituality or consciousness… that are really at the root of meaning in the world.”

IONS recently surveyed 350 psychologists about including spirituality within the therapeutic realm.

“What our survey shows is that psychologists do think it should be included,” says Vieten. “And they received no training in it whatsoever.”

“Let’s work towards breaking down the divide between psychology and spirituality,” she says.

Around the country – and the world – a new spiritual momentum is growing.

Sofia University – formerly the Institute of Transpersonal Psychology – has offered a master’s degree in spiritual guidance since 2010, its 10 graduates a younger generation of spiritual counselors with “psycho-spiritual counseling skills,” says Huffman.

Four years ago, IONS began its Conscious Aging curriculum “for anyone who was grappling with the aging process,” says Erickson-Freeman.

Earlier this year, the institute also began offering an eight-week workshop for those interested in becoming facilitators for aging and spirituality. So far, over 200 IONS members have purchased the $195 self-study program.

Meanwhile, at each of its facilities, Front Porch now has personnel to guide the spiritual growth of its residents.

In the U.S., there’s an opportunity to discuss the dying and grieving processes in a salon setting at Death Cafes.

“Time is lived forward, but it’s made sense of in reverse.”

Note. This story was edited after publication to correct the spelling of Cassandra Vieten’s last name, and to update the number of IONS members who have purchased a self-study program.

When the Spirit Moves You… in Later Life