New USC Aging Center Asks “Is there an App for That”? 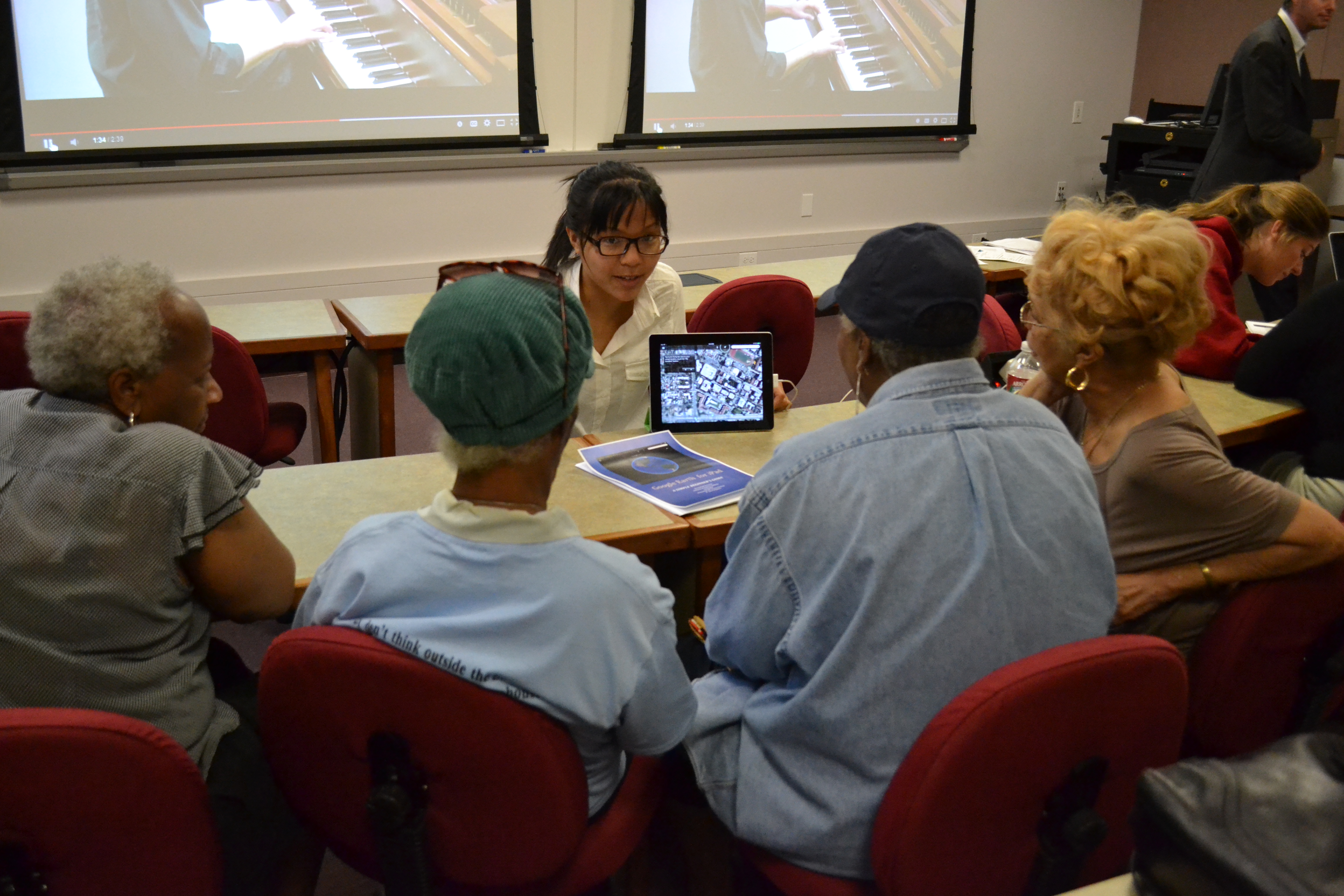 Is there an app for aging?

That’s the question Pinchas Cohen, dean of USC’s renowned Davis School of Gerontology, is posing to the rest of his Trojan nation.

The challenge is part of USC’s bold attempt to divine the future of aging by pairing its well-known aging studies program – the country’s oldest – with the university’s scientific and digital tech resources to catapult Cohen’s idea into the national spotlight: the Center for Digital Aging.

The center is the product of Cohen’s many initiatives, which percolated when he became dean of the gerontology school two years ago. They span an impressive array of today’s critical aging topics: senior housing, older adult nutrition, global aging, ethnicity, longevity, elder abuse, and end-of-life care.

“Since I got here, there’s been a major proliferation of centers and institutes,” he jokes.

Cohen says the USC “brand” will be a unique one: a heady mix of social and scientific aging research within the brave new world of technology “where everything can be condensed into some kind of app.”

In particular, he says, a key focus will be a deeper exploration of gene sequencing linked to critical health areas – diabetes, heart disease, cancer – that will yield custom health protocols in a coming world of “personalized aging.”

One initiative is a nutrition and aging center to foster continued research on nutrition linked to disease prevention and life extension – in short, modifying diet to improve health and longevity.

Valter Longo, who will oversee the nutrition center as director of USC’s existing Longevity Institute, says diet’s link to healthy aging will prove even more critical in the coming years.

“You’re going to see a revolution in the next 10-20 years shifting from traditional medicine to bio-gerontology and preventive medicine-based approaches,” he says.

Longo contrasts USC’s biological research, for example, to the Stanford Center on Longevity, which focuses more acutely on the social aspects of aging.

While some of Cohen’s initiatives have moved forward, not all have gained desired traction.

A gerontology-nursing collaboration is no longer in the works, he says. And his plans to launch LAMAS – the Los Angeles Multiethnic Aging Study – to mine the rich ethnic aging data to be found in L.A. as a template for the future of America – has been consigned to a “dream concept” that would require “tens of millions of dollars” to conduct.

“Not everything that I try to move forward is a success,” he admits.

Perhaps most disappointing in launching the provocative digital aging center is USC’s break from a key player in the aging and technology space: USC Ph.D. gerontology graduate Katy Fike who today co-heads the high-tech incubator Aging 2.0 and is founder of the consulting firm Innovate50. Once part of the center’s advisory board and an ideal candidate to head Cohen’s brainchild, Fike is no longer actively involved.

Cohen cites Fike’s own successful projects in the San Francisco’s Bay Area that prevent her from being active at the university.

During his “installation speech” two years ago, Cohen – who arrived from cross-town rival UCLA, where he was a research administrator at its children’s hospital and diabetes research center – called on his new colleagues and students to create innovative applications for older adults. The first release of this challenge is an elder abuse application, to help law enforcement personnel identify and prosecute cases of this complex and elusive problem.

A second and nearly completed app is a longevity calculator, with two more USC aging apps anticipated later this year.

For the new Center for Digital Aging, Cohen looks to capitalize on personnel both within and outside USC.

A new Palliative Care Research and Education Institute will address late-life pain and symptom management, including hospice and end-of-life care.

The prime focus of the institute will be expanding home-based palliative care, in the wake of successful programs by Kaiser Permanente, says associate gerontology professor Susan Enguidanos, who will head the institute.

Following recent negligence scandals at several long-term care facilities, a Senior Living Institute will be launched before the end of the year to address the unique housing needs – both physical and emotional – of older adults.

The program will educate senior housing leaders on innovative research and trends, according to Dr. Edward Schneider, former dean of the gerontology school, who will head the institute. It will offer its first certificate course targeting industry professionals early next year.

With each initiative, Cohen is giving leaders a chance to imprint their programs with a personal stamp.

“That’s sort of my leadership style,” he says. “To give people recognition and an opportunity to implement and grow their own vision.”

David Lindeman, director of the Center for Technology and Aging, says USC is a welcome addition to California’s leadership position in technology and aging.

“It’s wonderful,” says Lindeman, who heads the Oakland-based center, which helps coordinate the four-campus California effort CITRIS – the Center for Technology Research In the Interest of Society. “There’s need for more in this space all the time.”

Cohen concedes his initiatives are dependent on hard cash. While the center has received $250,000 in seed money from the venture capital firm Health Care REIT, Cohen’s job comes with never-ending fiscal demands.

“Everything costs money, and my job as dean is to raise money for these programs.”

New USC Aging Center Asks “Is there an App for That”?