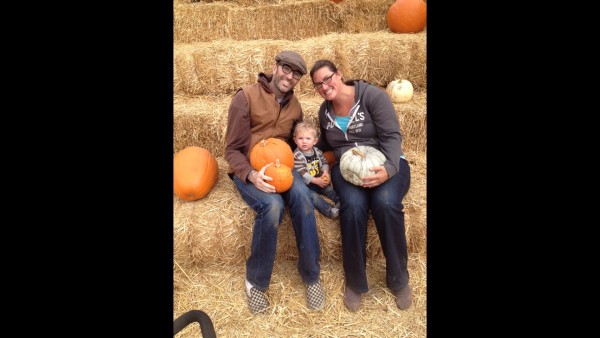 When Sara Wysuph of Santa Cruz learned that her brother-in-law Jason Jones had been diagnosed with acute myeloid leukemia, she was determined to help him and his family get the financial and emotional support they needed.

“Several months before Jason was diagnosed, a friend of ours held a crowdfunding campaign to help offset her costs relating to breast cancer,” Wysuph says. “After seeing how it allowed her to focus on her recovery rather than worrying about debt, my husband and I decided to sponsor a similar campaign on Fundrazr.com for Jason and his family.”

Wysuph is one of many Californians turning to crowdfunding to raise money for out-of-pocket medical expenses such as co-pays, transportation, medication and durable medical equipment. The practice of crowdfunding first became popular with startups and artists who found they could secure funding for their projects on websites such as Kickstarter and Indiegogo. Soon sites including Fundrazr.com, Gofundme.com, Giveforward.com, and Fundly.com, launched to help consumers raise money for medical expenses, as well as tuition, funeral expenses and more. In return for facilitating such campaigns, where donor can give amounts of $1 and up, these sites typically charge a processing fee of 7 to 12 percent on all donations received.

With the high costs of health care, these crowdfunding sites provide consumers with an antidote to drowning in debt. According to a 2011 study by the National Bureau of Economic Research, half of American adults say they wouldn’t be able to easily produce $2,000 in the event of a medical emergency. Nearly 75 percent of those surveyed said that, to come up with the money, they would have to dip into savings, ask friends and family for help or rely on credit cards or a home equity line of credit.

Wysuph launched the Fudrazr.com campaign for Jones, a 33-year-old deputy with the Santa Clara Sheriff’s Department, in November of last year, with a goal of raising $30,000. Within two months, she had raised over $33,000.

“There were so many unknowns when Jason began his cancer journey,” Wysuph says. “He’s the family’s main source of income, and we knew his wife, Rebekah, would be going back and forth to Stanford Medical Center where Jason would receive treatment for an initial 4-6 weeks minimum.”

Wysuph says the entire family was humbled by the donations that came pouring in with 248 people donating $33,177.

“The love and support we received went so far beyond family and friends, “ Wysuph says. “It was so much more than monetary gifts. We had old friends, new friends, co-workers, and members of the community coming forward and offering to help.”

Although crowdfunding platforms allow people to raise money for a variety of worthy causes, Brad Damphousse, co-founder of the San Diego-based site, Gofundme.com, says the medical category on his site is by far the most popular.

“Even with adequate health insurance, many people who experience medical emergencies or illnesses find themselves with a long-list of related expenses,” Damphousse says. “This can include lost wages due to missed work, rent or mortgage, utilities, family travel, and other day-to-day living expenses.”

Nate St. Pierre, director of communications at Giveforward.com, describes crowdfunding as the social media equivalent of passing a donation jar around the office.

“Most people want to help someone who is ill, but aren’t sure how to go about it,” St. Pierre says. “Sites like GiveFoward allow people to offer assistance when their friends and loved ones need it the most.”

As a site solely dedicated to medical fundraising, GiveForward has helped families raise over $84,766,100 toward medical expenses since they first launched in 2008.

St. Pierre cites a 2011 study by Duke University that showed the average cancer patient in the United States pays over $8,500 a year in out-of-pocket medical expenses not covered by insurance. Besides the cost of treatment and procedures, additional expenses such as transportation costs, expensive diets or physical therapy add to the already staggering medical bills. In fact, bankruptcies from unpaid medical bills affect nearly 2 million people last year, making health care the number one cause of such filings, according to research released in June, 2013 by the San Francisco-based financial company, Nerdwallet.

Dr. Dhruv Kazi, a University of California, San Francisco cardiologist who has expertise in health economics, health policy and the role of technology in health care delivery, says most consumers are unaware of the unexpected expenses that can accompany a catastrophic illness.

“At a large hospital in a metropolitan area, family members can easily pay $20 a day for parking,” Kazi says. “Add to that lost income as family members spend time at their loved one’s bedside or accompany them to doctor’s visits, and those costs, which can easily exceed thousands of dollars a month, won’t be paid by insurance.”

While the new Affordable Care Act (ACA) will expand Medi-Cal coverage for many low-income Californians, Kazi doesn’t believe the emergence of the ACA will alter the practice of crowdfunding. He says families will still be faced with the challenge of paying out-of-pocket medical costs. Because some crowdfunding remains unregulated, Kazi recommends that consumers speak with a professional tax adviser to confirm how donations could affect their filing status or Medi-Cal standing.

“Crowdfunding is still a relatively new concept, with many variables,” Kazi says. “One of the biggest points to remember is that for every crowdfunding campaign that surpasses its monetary goal, there are also numerous campaigns that fall short.“

Kazi says the success of a good campaign falls on how well families present their story, and that families should also weigh whether paying the 7-12 percent processing fee to crowdfunding sites would be more profitable than doing a fundraiser on their own.

Wysuph credits the success of her family’s campaign to having a well-written story about Jones and his plight on the Fundrazr.com page, and then getting the word out via social media.

“I was sharing the page and updates daily, sometimes hourly through Facebook and e-mail and encouraging others to share the information through their social media networks,” Wysuph says. “I think it’s important to keep the campaign positive, and offer regular updates, while also challenging people to join in.”

The sites themselves can also help families. Damphousse says part of what makes GoFundMe campaigns so successful is the built-in sharing connections to Facebook, Twitter and e-mail.

“GoFundMe campaigns also give donors a single destination to follow along with patient progress, interaction with supporters and the ability to share the campaign with others,” Damphousse says