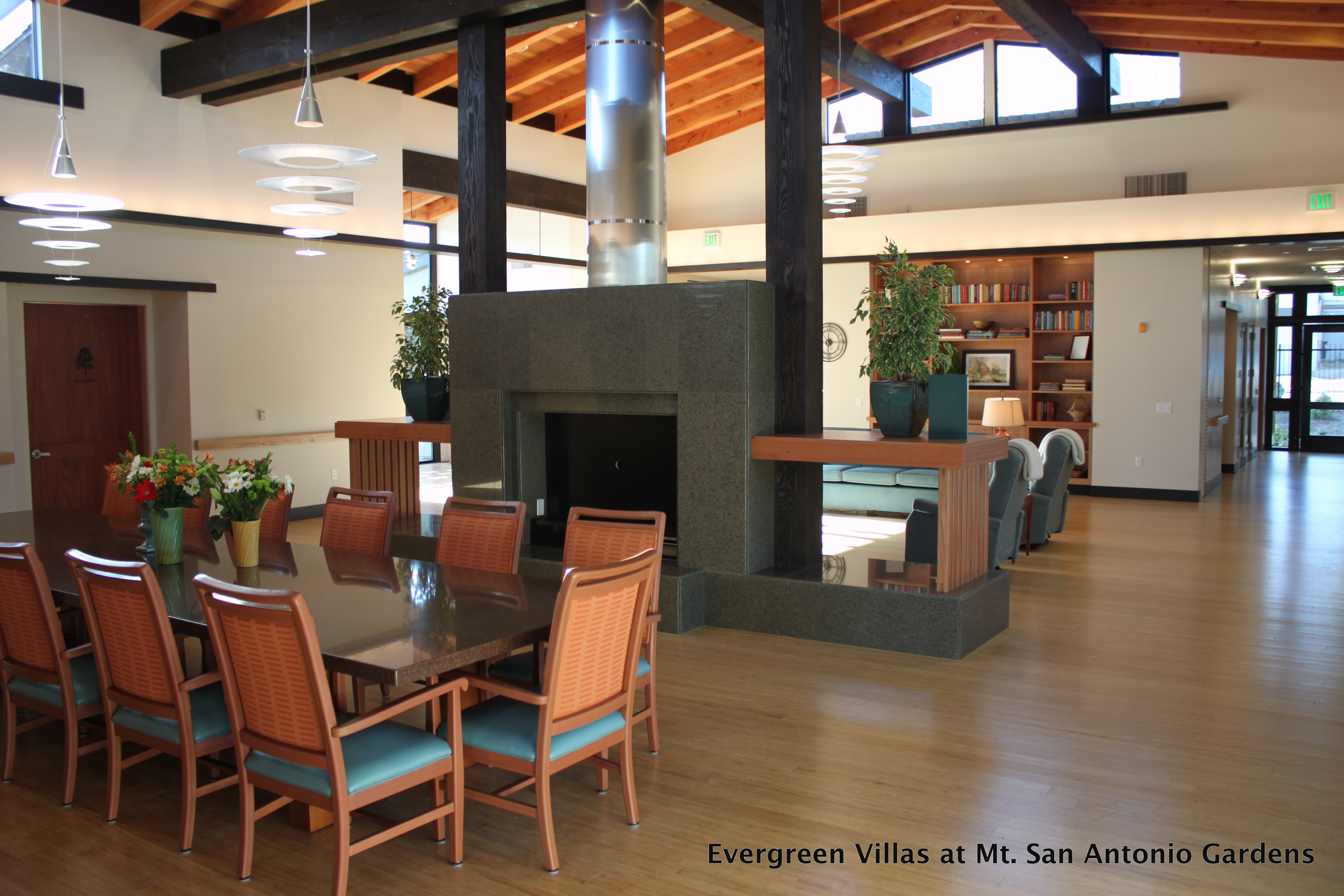 Yolie Zepeda vividly recalls the words of her uncle after he was sent to a state-funded skilled nursing facility, suffering from a long list of health problems.

“He told me how worthless he felt,” she says, listing the inhumane conditions he faced, including sitting alone for endless hours in a soiled diaper. “They actually treat you worse than I’d ever treat a dog.”

Today, Zepeda is at the center of California’s innovative concept in skilled nursing care, The Green House Project, intended to foster an environment for older adults to thrive like treasured plants.

Or, as described by Green House founder Dr. Bill Thomas, the difference in these new SNF facilities is simple: “Love matters.”

Although there are 150 Green House facilities nationwide in 24 states – with about 100 more in development – just the first California site opened two months ago outside Los Angeles in Claremont, home of the prestigious Claremont Colleges.

Thomas, an aging pioneer and creator of The Eden Alternative – which trains care partners to infuse long-term care facilities with plants, animals and other vibrant environments – says today’s retrenched institutions are slowly changing their focus from nurses and physicians to target those who matter most.

“They want us to feel that this is our home,” says long-time Claremont arts patron and olive heiress Betty Graber, who looks far younger than her 97 years. “We’re residents, not patients.”

In most skilled nursing homes, Zepeda would have a single role, as she did as a housekeeper in the neighboring Mt. San Antonio Gardens, the 50 year-old continuing care facility that serves as parent for the two new Green House villas.

Now she and her colleagues have many responsibilities under one title – “Shahbaz,” the Persian word for “royal falcon,” or guide. Today, as one of the many Shahbazim at the villas, Zepeda juggles roles as a certified nursing assistant (C.N.A.), activities coordinator, housekeeper, and cook.

“It keeps you on your toes,” says Zepeda. “No matter what duties there are, like cooking, the residents come first.”

Unlike some long-term care facilities, residents aren’t forced inside specific timetables or strict diets. Some are early risers, others prefer to sleep in.

The result: a welcoming vibe that gushes “home.”

“When I presented this concept five or six years ago… my board honed in on what they hear a lot of: the people who become important to that (facility) are front line caregivers,” says Mt. San Antonio Gardens president and CEO Randy Stoll, the driving force between California’s Green House effort. “They generate the reputation the facility has in a community.”

Four of the housekeepers from neighboring Mt. San Antonio Gardens have each become Shabaz at the new villas.

Like them, Zepeda underwent 128 hours of additional training on top of her regular C.N.A. training. The training targeted empathy: being more patient and understanding with residents to enhance feelings of self-worth. During training, the caregivers were put in challenging real life scenarios: unable to speak; placed in a wheelchair; wearing adult diapers; or lifted from a bed to wheelchair then commode via an overhead lift.

Zepeda quickly learned how vulnerable her aging residents actually were. And the emotional experience helped her see the villas in a completely different way.

“It’s their bright star,” says Zepeda, wiping away tears. “You’re bringing some worth back to the residents.”

Another important Green House difference: there’s no management structure. Though supervised by a director of nursing, the Shabahzim manage themselves in an atmosphere of collective decision-making.

While not every Shahbaz fully embraced the cooking classes – a fact not lost on the villas’ upscale residents – it’s one of many kinks being worked out in the brand new facility.

“The whole concept of the Green House is that the kitchen and cooking are integral to the experience,” says Stoll, citing the struggles to explain to regulators that food would be cooked onsite, not prepared elsewhere – impersonally – and trucked in.

After 18 years at various care levels of Mt. San Antonio Gardens, Amanda Hamilton wanted her mother out of its traditional SNF which she called “more like being in a hospital.”

Stoll admits that because the Green House villas didn’t fall under California’s traditional Health and Safety Code, the approval process for the villas was frustrating.

In its wake is a new state Small House Skilled Nursing Facility Pilot Program that may spur further innovation.

After the entry fee to the Gardens – residents typically sell their homes to pay the initial $45,000 to $380,000 that’s based on age and room size – the fixed monthly maintenance fee that includes housing, activities and meals – is a reasonable $2,614 for those who moved in healthy and independent.

Hamilton hopes the economics of impressive facilities like the Green House become more affordable to everyone.

“I hope that the Green House Project will re-invent the aging process,” says Hamilton. “Even for the low-income people.”