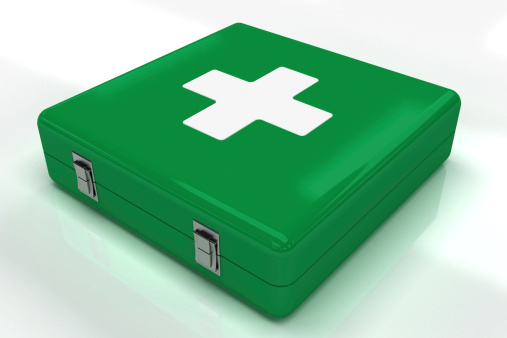 Managers who run mobile health clinics are hopeful that the new health care law will benefit them – not put them out of business.

For decades, mobile health care vans have primarily served the uninsured – making a dent in a substantial problem.

The U.S. has 55 million uninsured nonelderly residents, according a May 2013 report by the Congressional Budget Office. The Affordable Care Act (ACA) will require most of them to get insurance or pay a fine, starting in January. The CBO estimates that 14 million people will enroll in a health plan in 2014.

The question is, will that help or hurt the mobile clinics? That was a big topic of discussion at the 9th annual Mobile Health Clinics Association (MHCA), held recently in Palm Springs, CA. The MHCA estimates that there are 2000 mobile clinics currently operating in the U.S.

Darien DeLorenzo, CEO of the MHCA, is optimistic: “It’s growing. As funding comes out of the Affordable Care Act to provide for the underserved to buy health care, then you’re going to see much more activity on the part of these mobile clinics to meet that need.”

Even once the ACA takes full effect, some groups will remain largely uninsured: undocumented immigrants, people who have been naturalized citizens for less than five years, people who can’t afford the insurance (even with the subsidies) or who simply decline coverage and choose to pay the fine. Therefore there will still be a demand for the free care offered at mobile clinics.

Most of the nation’s mobile clinics are run by nonprofits: hospitals, medical centers, public health departments, community health centers, private foundations and faith-based organizations. Many clinics have already received millions in ACA funds to expand coverage – and have chosen to spend them on mobile clinics. “Because the mission of the Affordable Care Act is very preventive-care oriented, it meets very naturally with the mission of this clinics,” says DeLorenzo.

Riverside County Regional Medical Center operates a mobile health clinic that visits 10 locations around the county once a month, often going to migrant worker camps, Native American communities, and schools in low-income neighborhoods. The RV piggybacks onto the food distribution program at the San Felipe farm labor camp in Oasis, run by Claudia Castorena with the Galilee Center. Castorena says, “They’ve started to gain the patients’ trust. Lately we see more and more people taking advantage of that service.”

Madge Vasquez, who runs a fleet of mobile dental clinics in Texas, says, “These mobile clinics are so critical because they fill a big gap in the health system – of really taking vehicles and services to where people live. So we eliminate transportation barriers. A lot of time we eliminate cultural and linguistic barriers because we require staffing that reflect the communities we serve.”

Vasquez recalls one 8-year-old boy her organization helped last year: “He needed to have heart surgery but couldn’t because his mouth was full of decay. Our mobile unit did what we could on our van and then partnered with a local children’s hospital. We got him healthy so he could have that cardiac surgery and he is doing well today. “

Borrego Health runs two mobile dental clinics in the Coachella Valley. They also have one mobile health clinic that is used at health fairs and is designated as a backup site in case of an emergency (such as a natural disaster).

Borrego Health Chief Operations Officer Mark Connelly says the ACA would mostly affect Borrego’s fixed-base clinics, where they expect an influx of newly-insured patients. The mobile units may not see much of a change, however, with the ACA. Connolly says, “The mobile units mostly do physicals and dental care for children who are already covered under Medi-Cal. So the majority of kids have coverage, if they don’t we help them sign up.”

Connolly adds that the mobile clinics will always be in demand regardless of whether people have insurance. “Even when they’re insured, the question is where can they go for care? Many of our clinics go to remote areas where there’s not much else out there for folks. “
Cedars Sinai in Los Angeles says the waiting list is long for service from the two vans in their Coach for Kids Mobile Medical Program. Director Michelle Rigsby Pauley says they’ve served 400,000 people over the past 9 years. “We go to schools, we go to public housing projects, community centers, boys and girls clubs, WIC centers and homeless shelters. And all our services are provided at no charge.”

The clinics also help patients sign up for other programs that might improve their quality of life: low-income housing, food stamps, mental health services and more.

The MHCA says Mobile clinics cost up to $300,000 to build and outfit, and about another $375,000 annually to operate. That’s why other health clinics have shied away from the RVs. Clinicas de Salud Del Pueblo in Mecca is pouring all its ACA grant money into their existing fixed-location clinics. Clinicas Director of Public Affairs Claudia Galvez says, “We used to have one many years ago. It’s something that we would look at a later date. It’s not in our plans right now to have a mobile clinic because it is just too expensive.”