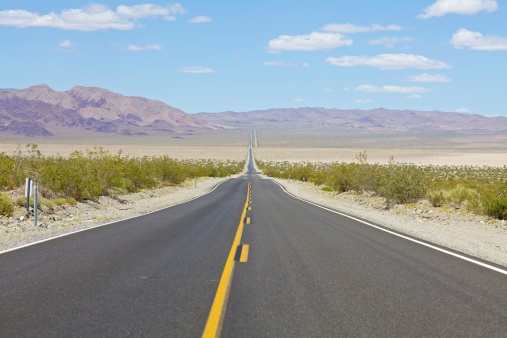 Domestic violence service providers in rural areas, already hard-pressed for resources, are reeling from federal budget cuts that took effect earlier this year and the ongoing shutdown of much of the federal government.

Ask most domestic violence service providers about whether they have sufficient resources and you’ll probably get the same answer: it’s never enough. There’s always a gap in what services are needed and what services are available.

Victims of domestic violence who live in rural areas are often at a disadvantage when it comes to resources. “We do have great programs here, but sometimes they’re not funded enough so that we have to send [clients] out of the rural area into an urban area to be handled,” said Katherine Leathers, the Program Director of Harrington House of Rural Human Services in Del Norte County. “Some services are based on population size and that sort of thing, and so we don’t have as many options available to us,” she said.

While budgets differ from agency to agency, they’re often made up of a patchwork of state and federal funding combined with local contributions, and many agencies rely on federal grants to make ends meet. Between sequestration and the government shutdown, major federal funding sources are no longer available to the agencies who draw from them. Some service providers – particularly those in rural areas – may soon find themselves in the precarious position of being unable to provide services for their most vulnerable populations.

In a rural area, a large part of the challenge for victims is getting access to those resources. According to Ralph Weisheit, a Professor of Criminal Justice at Illinois State University who has studied domestic violence in rural and urban areas, victims in rural areas are more likely to contend with physical and social isolation.

Weisheit said that a common characteristic of abusers is to try and isolate the women they’re abusing from family, friends and others, and “quite frankly, that can be easier to do in a rural area, “ he said. “You can live out in the boonies and it can be easier to cut off phone access and other kinds of things.”

He also pointed out that access to a shelter or other services is likely to be farther away and the victim may have to travel a longer distance, usually without the ready access to public transportation that one might have in a city.

Gayle Guest-Brown is the Executive Director for the Domestic Violence & Sexual Assault Coalition in Nevada county, an area approximately 50 minutes north of Sacramento and spread over nearly 100 square miles. Nevada County is nestled in the foothills of the Sierra Nevada mountains, and neighbors are connected via long roads that wind through the forests and foothills.

Guest-Brown said that one section of the county is at least 45 minutes from most services.

“When we’re dealing with a client that lives there, we have to compensate for that transportation issue,” she said. They pay for taxi expenses or drive clients themselves to treatment services, she said.

Weisheit points out that in rural areas you may still have situations where the batterer went to high school with the officer who responds. “You have these personal connections that may push towards a resolution that doesn’t involve a formal charge or an arrest, “ he said.

Additionally, unlike in bigger cities, typically only one officer is available to respond to a domestic dispute in a rural community. When two officers respond, Weisheit said, one officer can go off with the abuser, while the other can stay with the victim. With only one officer, he said, it can be hard to keep them apart.

It’s difficult to nail down exact numbers for when and where and how often domestic violence – intimate partner violence, sexual assault, child abuse, etc – occurs. Overall, domestic violence is only tracked when it goes reported, and according to the National Coalition Against Domestic Violence, 70 percent of domestic violence cases go underreported crime.

“Women in general don’t want to report domestic violence,” Guest-Brown said. “No one wants to admit it’s going on at home, and so there’s a lot of shame associated with it.”

But the demand for services continues to hold, and in some cases, it’s growing. Leathers said that her organization noticed a significant increase in the number of people contacting their organization for assistance. She said that in 2011 they had 439 seeking their services, while in 2012, that number ballooned to 1036.

Many service providers rely on state and federal grants for them to operate, and the effects of recent federal spending cuts have caused those budgets to shrink. And with the ongoing government shutdown, some funding sources have frozen completely.

“It’s gone from bad to worse,” said Joelle Gomez, CEO of the Women’s Center Youth & Family Service in San Joaquin County, an area that encompasses both rural, urban and suburban communities. She said that 55 percent of her organization’s budget is made up of federal funds. With the automatic budget cuts known as “sequestration” that took effect earlier this year, she said they were told to brace for a 30 percent reduction in funding, although some cuts were not quite as drastic, with only a 10 or 15 percent reduction.

In Del Norte County, Leathers said the sequestration cut into budgets like Child Protective Services, the District Attorney, Mental Health, Victim Witness, and even Probation. This last cut can affect the abusers and make them more readily available to re-abuse the victims, she said, because there is a higher offender to probation officer ratio.

This decrease in funding means they are less available to help, and that “delays a victim’s path in moving forward from their trauma,” Leathers said.

According to a spokesperson for the California Partnership to End Domestic Violence, there are three main federal funding sources for programs: grants established under the Violence Against Women Act (VAWA) and Victims of Crime Act (VOCA) (both funded through the Department of Justice) , and the Family Violence and Prevention Services Act (FVPSA), funded through the Department of Health and Human Services.

So far, the FVPSA dollars are still available, but the funds from VAWA and VOCA are not.

Beth Hasset, Executive Director of WEAVE in Sacramento, said that it’s too early to tell what the impact of the shutdown will be. “We haven’t had much impact on us on at this point…everybody’s kind of just waiting to see what happens,” she said.

Other service providers who rely more heavily on federal funding, are concerned this could have an enormous impact.

“We’re just not receiving any reimbursements at this point,” Gomez said. The federal reimbursements cover expenses accrued providing services like their 24-hour hotline or the emergency shelter.

Gomez said that while they have a contingency plan – a line of credit – it won’t last long. “Through October, we can maintain cash flow and pay our staff, but beyond that, we’re going to have to be looking at turning clients away and not accepting new clients if we don’t see some change in our federal government,” she said.

Leathers said that more than 28 percent of their budget relies on federal funding for services such as the emergency shelter, which is open 24 hours a day, 365 days a year. Furlough days for staff, or ceasing to run the shelter were not viable options, she said.

“We have [reserve funding] and will continue to rely on them as long as we have to, but we hope the resolution comes in a timely manner,” Leathers said.

“We have less people and businesses to pull from when it comes to fundraising,” she said. “As we have less resources available to us and over all cover a smaller footprint than urban areas, grants and funds can be tricky.”

When the government is back up and running, the monies promised to the organizations will be paid retroactively. The challenge will be in preventing a gap in services – Gomez said that in normal times, getting those funds in hand would usually take about 30 days and likely longer if there is a backlog of claims awaiting reimbursement.

“Most of our contingency plans are to hold us for a month or 60 days if we are really fortunate, but most of us don’t have that kind of those kinds of resources, so it’s going to be dire straits” she said.

“By the end of October, I could really start to see a number of organizations having to just either lay off staff or close programs, and ultimately lives will be at risk,” she said.