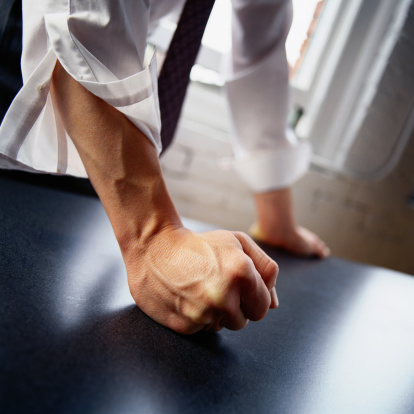 The woman walked into a Los Angeles shelter clutching her two children and holding back tears.

Her boyfriend and his family were going to kill her, the 23-year-old told a shelter worker when she arrived, earlier this year. They’d said it before, but this time she believed they meant it. Besides beating her, they’d talked of hiring a hitman because she’d learned of the identity-theft and social-security fraud they were running. She came to the shelter as a last hope of survival.

Advocates and experts wonder if more and more victims like her are sidestepping the police altogether and going directly to services providers for assistance and protection.

The number of domestic violence calls to police continued to fall last year, marking a 12 year decline, according to data released in June by the California Department of Justice.

But victim advocates and caseworkers in California are still trying to reconcile the statistics with what they’re seeing in the field. No one knows for sure why the numbers have continued to fall steadily since 2000, but many say it doesn’t appear to indicate a decline in the need for domestic-violence services.

In other words, it may be that more victims simply aren’t calling police to report domestic violence. They may instead be seeking out other agencies or community resources for help—or not getting help at all.

“A significant number of our clients are undocumented, and that’s often a reason why they’re afraid to go to police,” said Marci Fukuroda, an attorney and director of legal services for Rainbow Services, a Los Angeles nonprofit that helps domestic-violence victims and runs the shelter that the 23-year-old woman checked into. “Oftentimes batters tell them if they call the police, ‘They’re going to deport you,’ which of course is not true, but feels true to the victim.”

The woman, whose name Fukuroda withheld out of concerns for her safety, had come to the U.S. from Mexico as a child with her family, without legal documentation. She was afraid to call the police or seek help, because her boyfriend said it would result in her being deported, separating her from her children.

“The economics of it is also a big issue,” said Fukuroda, who works throughout Los Angeles County, where the data on police calls mirrors the statewide figures. “Even though they want the abuse to stop, it doesn’t necessarily mean that they want their abuser arrested. Oftentimes they’re 100 percent dependent on that person for providing for the family.”

Last year, the statewide average was 6.2 domestic-violence calls to police per 1,000 residents. Police received a total of 157,634 calls in California that were classified as domestic-violence related, many of which were 911 calls.

But the numbers may not accurately reflect the problem, said Eve Sheedy, senior trial deputy for domestic violence policy at the Los Angeles City Attorney’s Office.

“Domestic violence statistics, generally speaking, are always somewhat questionable, because there are different definitions of domestic violence that are used within the state and counties and cities,” she said. “Also, the general belief in the field is that many people don’t access services through law enforcement.”

Meanwhile, California has the highest number of residents without legal immigration documents in the nation, according to a 2010 Pew Hispanic Center report. At that time, there were an estimated 2.6 million people in the state without authorized immigration papers, about 6.8 percent of the population.

That’s a slight decline from the 2007 estimate of 2.8 million people, but still higher than the 2000 estimate of 2.3 million, according to the report.

Krista Niemczyk, public policy specialist for the California Partnership to End Domestic Violence, a statewide advocacy group, said the decline in calls appears to be a positive sign, but it doesn’t mean the state should invest less in domestic-violence support.

“California continues to improve its response to domestic violence at the local and state levels,” she said. “But it’s important to keep in mind that we still have much more to do, and many domestic violence service agencies continue to be underfunded.”

“Far too many people in our state are still being victimized,” Niemczyk said.

While the total number of domestic-violence calls decreased last year, the number of calls involving a weapon increased by 1,616 compared to 2011.

“In Los Angeles, the numbers reflect a general downturn in overall crime, but if you talk to domestic violence service providers, they don’t report that there is a decline,” Sheedy said.

Victims who do call police have, on average experienced between seven and 10 incidences of domestic violence previously, she said.

The 23-year-old woman who walked into the Los Angeles shelter earlier this year ended up staying there for several months with her two children. Eventually, she found the strength to call police to report the fraud her boyfriend’s family was engaged in, and mentioned that “as a part of that they had been threatening her and intimidating her,” Fukuroda said.

She still has not made a separate domestic violence report with police.