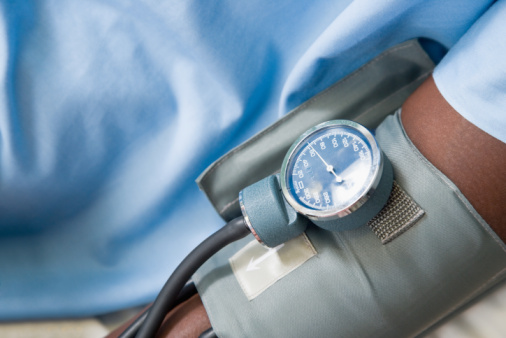 When Cody Wallace heard that he had high blood pressure, he wasn’t too worried about the diagnosis. His doctor prescribed a drug to help manage his hypertension, one that he would likely have to take for the rest of his life. But he didn’t feel sick.

“When I first started taking the medicine, I was still in denial,” Wallace says, “and doing the regular things I would do every day.” He didn’t change his diet or start exercising.

Denial is not an uncommon reaction in patients newly diagnosed with hypertension, says Stephen Sidney, Associate Director for Clinical Research at Kaiser Permanente Northern California Division of Research and doctor of internal medicine. High blood pressure does not come with physical symptoms and doesn’t interfere with daily activity.

A blood pressure of 140/90 or higher puts patients at risk “for all kinds of nasty illnesses,” Sidney says, including kidney failure and peripheral vascular disease, a condition where blood flow to the legs and arms is restricted by narrowed arteries.

Sidney directs a new project at Kaiser Permanente’s Division of Research that is designed to test the best way to treat hypertension patients like Wallace, who is African American and a Kaiser patient.

Not only are African Americans more likely to have high blood pressure, but they are less likely to have the condition under control. Rates of uncontrolled high blood pressure have dropped dramatically among patients at Kaiser over the last decade, from 80 percent to 40 percent, Sidney says. But the disparity between African Americans and whites remains at 4 percent.

Researchers hope that recommending lifestyle changes and treatment options tailored to African American patients will reduce their rates of hypertension. Researchers also hope to better understand what may be an emerging threat to improving hypertension-related health disparities. Recent evidence suggests that the prevalence of strokes is increasing in younger people, age 25 to 44. Younger African Americans are twice as likely to suffer strokes compared to younger whites.

Kirsten Bibbins-Domingo, an associate professor at UCSF and internist at San Francisco General Hospital, says that she has seen more strokes among her young patients. “We know that many things have changed over time,” Bibbins-Domingo says, pointing to rising rates of childhood obesity, young adults who weigh more, and higher blood pressure and cholesterol.

But little is known about exactly why such increases occurred. Bibbins-Domingo is leading the efforts to analyze medical records to determine which factors young stroke patients have in common. “We know that will translate into lower rates of stroke over time,” she says.

Understanding what risk factors can be changed helped patient Cody Wallace. He decided to take his hypertension seriously after his sister died of cancer and his mother began to suffer from dementia that was likely brought on by a stroke. He knew what he had to do—modify his diet and exercise habits. Now he walks around Oakland’s Lake Merritt every morning and eats more healthfully—and his blood pressure is back to normal. “I feel a lot better,” Wallace says.

Sidney says that regular monitoring of blood pressure is also an important and relatively easy way to prevent strokes, as that is often the only way people know they have high blood pressure.

Wallace also has some advice for people newly diagnosed with high blood pressure: “You really need to listen to your hypertension signs. Even though you don’t feel sick, they actually mean something.”