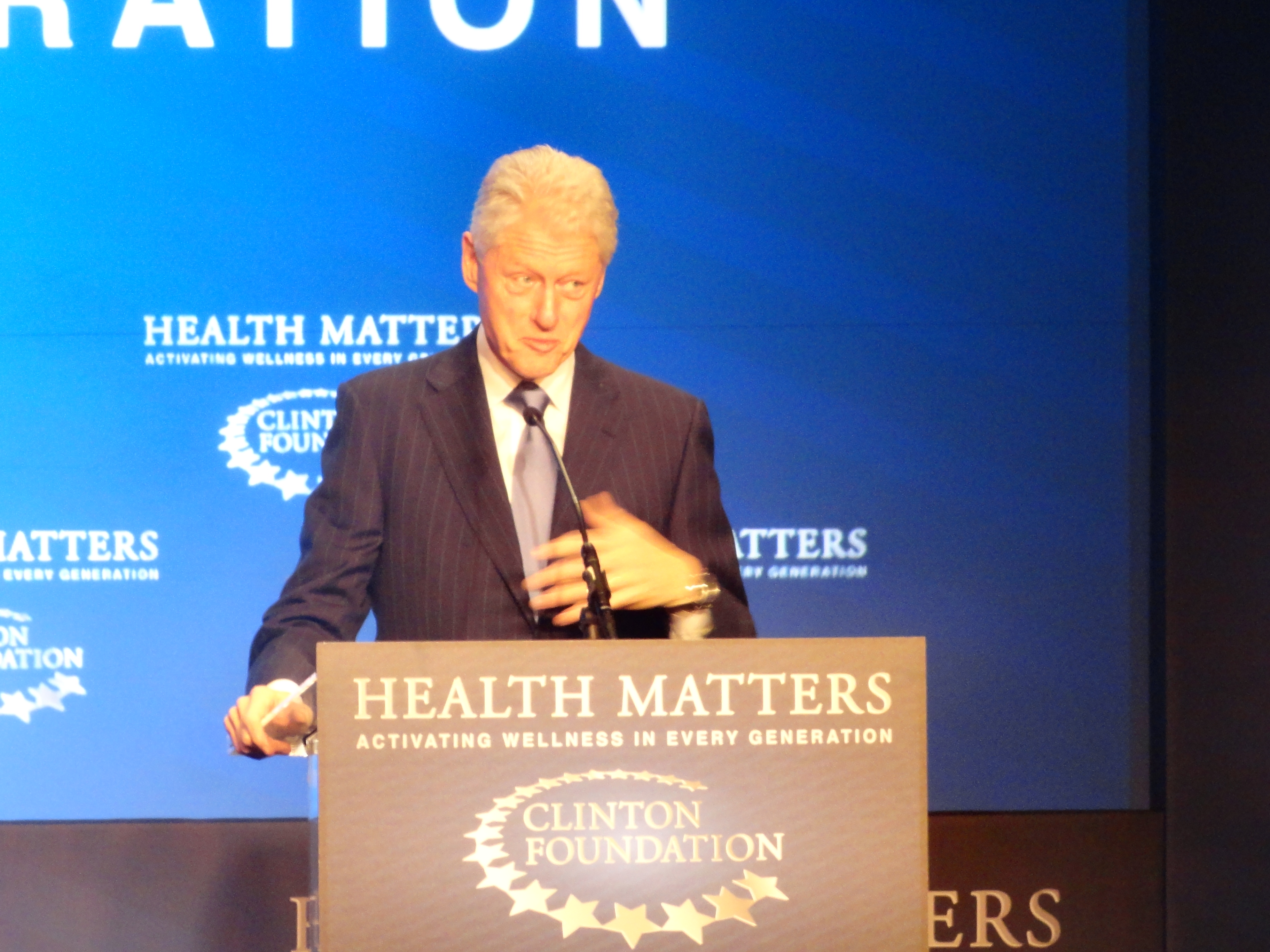 Think big. That was the charge given to 125 health experts from across the Coachella Valley at a recent planning conference hosted by the Clinton Health Matters Initiative (CHMI). “We are looking to set big, audacious goals here,” Ginny Ehrlich, CEO of the CHMI, told the crowd.

“The strategic planning session was a great success,” Ehrlich said. “Each working group identified five bold strategic actions that they believe will positively address the overall health status of the Coachella Valley. We intend to release a full blueprint for action that articulates these bold actions and their corresponding metrics in late January. “

The CHMI recently announced that they are making a five-to-seven-year commitment to improve health disparities in the Coachella Valley, and in Little Rock, Arkansas. The CHMI plans to add two additional sites within the next six months. “We chose the valley because it’s already a place where great challenges and great resources coexist,” Ehrlich said. “We are not going to create a new NGO or create new programs. We will add value to what its already happening.”

Christy Porter is Executive Director of Hidden Harvest, a non-profit that gathers extra produce from the fields and gives it to the needy. “I’ve sensed for some time now that there is energy at play now, a confluence of sincere players and serious capacity in influence (Clinton Foundation) and funding to get things done,” she said. “I came away very energized that we are all on a new path together to create a healthier Coachella Valley. It was the most comprehensive group of health advocates that I have ever seen in one place – paired in groups that had us thinking outside our own box.”

Porter’s group looked at economy, education and income and embraced a goal of 10,000 to 12,000 new jobs over the next five years, a dramatic increase in college readiness for high school seniors and a plan to teach English to Spanish speakers and vice-versa. Porter’s group also supported the idea of a pilot project to help farmworkers start their own small farm. Banks would extend micro-loans and experts would help the new farmers write a business plan. The idea is to lift the farmworkers out of poverty and make more fresh produce available to the community.

Hidden Harvest plans to remain involved, Porter said. “We will be there as often as asked to keep the most basic of our community’s needs in the forefront – healthy food to fight not just hunger, but obesity, diabetes, hypertension, heart disease and cancer.”

Dr. Glen Grayman of the Desert Healthcare District presented some of the startling health care statistics in the Coachella Valley. For example, 21 percent parents in the east valley (minus the city of Indio) say their kids’ health is fair or poor. That’s seven times higher than families in the wealthier west valley. On the subject of alcohol, Grayman said that 21 percent of adults in the Coachella Valley admit to binge drinking – which leads to 5,200 drunk drivers on any given weekend. On the environment, the valley has 44.3 days of unhealthy air a year, compared to 16 days in California as a whole. Latino adults in the Coachella Valley are three times more likely than Whites to lack health insurance, he added, while 40 percent of valley families live below the poverty line and 80 percent of them have children.

“In the realm of childhood obesity, income is the largest driver by far,” Grayman said. “It doesn’t matter whether that child is White or Latino. It doesn’t matter what the parental educational level of that child is. Income is the driver. In those households in the Coachella Valley that are making at least $200,000 a year, 18 percent are overweight or obese. In those households whose income is less than $10,000, over half – 55 percent – are overweight or obese.”

The country’s approach to fixing healthcare is all wrong, Grayman said. He cited a study that showed 40 percent of poor health outcomes can be attributed to social and economic factors, 40 percent to health behaviors, and 30 percent to the environment. But when you look at how the dollars are spent to fix these problems, it’s highly skewed. Almost all of the money – 94 percent – goes to improve access to clinical care and improve the quality of care, while efforts to address poverty, poor health habits, and environmental toxins claim the remaining 6 percent.

“It’s often been said that one can judge what we value by what we spend our money on. We are so focused on access to care and quality of care that this is a zero sum game- the more dollars spent in once place aren’t available to be spent here,” said Grayman.

Richard Ramhoff, with Desert Regional Medical Center, said the conference was an important step in correcting the approach to improving health. “The hospital deals with mostly acute illnesses and we deal with the ramifications of some of the health needs in the community,” he said. “We’re very excited to help participate in something that backs that up a step and tries to look at more preventative things.”