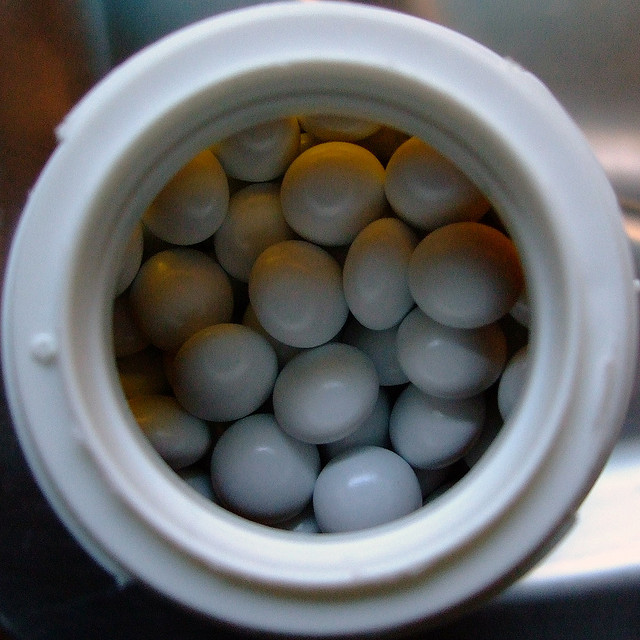 A discount drug card offered by the city of Santa Ana to help shoulder the exorbitant costs of prescription drugs has left some users asking “where is the discount?”

Cary, North Carolina-based Paramount Rx was chosen by the city among a few dozen proposals reviewed to contract with local pharmacies and facilitate this discount.

As a consumer prescription benefits manager, Paramount has a roster of commercial pharmacies it contracts with, including several operating in Santa Ana such as CVS and Walgreens. The discount card gives customers an incentive to have their prescriptions filled at those pharmacies. The pharmacies, in turn, share with Paramount the revenue generated by the increased customer volume brought in by way of the discount card.

Paramount extends some of that shared revenue to the city, according to spokesperson Scott Yates, who manages public relations for Paramount. This money received from Paramount will go entirely towards exercise facilities and programs that the city plans to provide, said City of Santa Ana Recreation Supervisor Jeannie Jurado.

“We thought a good way to use these programs we want to provide is to have people be healthy from the start,” Jurado said. “And we asked well how do we do that? So we brainstormed and this is the idea that came out of it.”

According to the Census Bureau’s 2009 survey, an estimated 33 percent of Santa Ana’s 320,837 residents are uninsured, with a median household income of $55,000. Obstacles to obtaining medications for these families include co-payments that are too large or a lack of insurance altogether. There is also the existing problem of Medicare patients who fall within the “donut” hole or gap between the time their prescription coverage dollar limit has been reached and resumes, making them responsible for up to $3,600 out of pocket.

Thus it began that Jurado, along with Executive Director Gerardo Mouet and councilwoman Michelle Martinez pursued efforts to help Santa Ana residents who may not be up for even a free fitness class because financial struggles force them to skip out on their medications.

But residents say the card has not been easy to use. After picking up the free membership cards at local pharmacies, libraries and senior and recreation centers, residents say they have presented them at pharmacies only to be denied discounts at the registers. The program is promoted as covering all FDA-approved drugs with a 15 percent discount on brand name drugs and a 40 percent discount on generic drug prices.

Lidia Soderman, a senior who works at the Santa Ana Senior Center, says the card is “not worth the paper it’s written on.” Though all of her medications are covered between her Medicare and supplementary insurance, her 47-year-old son’s situation is very different from her own. She thought this card was the answer to getting him medication at a price he could better afford.

Earlier this year a massive stroke forced the single father to quit his job, go on disability as well as Medi-Cal and move in with his mother. As a result of the stroke, he is now very dependent upon the pricey blood pressure medication Diovan. And it happens to be the one medication he needs for which there is no generic. Paying out of pocket to date, it has been costing him over $200 per month to stay on it. Using the Paramount Rx card, he came back from the pharmacy empty-handed, as he says he was told it wasn’t one of the drugs Paramount covered.

“These are the ones that matter,” Soderman says, “not the generics that already cost peanuts anyways.” Soderman, who is on a fixed income of $2,500 per month herself, says stretching her already tight budget to help her son, she says, borders on stretching her resources too thin.

Paramount representatives say Soderman was either given bad information or misunderstood the pharmacist. Diovan, they say, is one of the drugs covered by the program, and he should have received a discount.

Customer experiences at one Santa Ana CVS location and that of seniors at the Santa Ana Senior Center, however, suggest that Soderman is not the only person having trouble using her card.

At the South Main Street CVS store, Francisco Gomez carefully shuffles through a stack of discount cards he pulls out of his wallet when picking up his rheumatoid arthritis prescription at the counter. A senior with multiple ailments, Gomez explains in broken English that the card he is using is essential for him to afford that particular prescription. That card, however, is not Paramount’s. It is that of prescription discount provider California Rx. With regard to the Paramount Rx card, he dismisses it as “no good,” expressing that with Paramount Rx, drug costs still amount to “too much money.”

A pharmacy technician who wished to remain unnamed said that in her experience, Paramount Rx has hardly proven to be competitive compared to that of California Rx, which provides up to 75 percent off all brand name prescriptions compared with Paramount’s 15 percent discount.

“This one [Paramount] just sits in here,” she says, pointing to a drawer under the cash register. “California Rx is the one we see pretty much all the time.”

Santa Ana Senior Center aide Yolanda Carillo also tried to promote Paramount Rx, in hopes that it would help the many seniors she personally knows who struggle with high cost of living, not the least of which is the cost of prescriptions.

“I’ve had two people come back and throw it in front of me,” Carillo said. She said one was an elderly man who claimed to be turned away for something as basic as insulin with the Paramount Rx card.

Others, Carillo said, have returned the card saying the discount was so low that it wasn’t worth the time.

Carillo believes for those who have not gotten anything out of it, some of the problems associated with using the card may be language-related. She says many of the people coming through the Senior Center both have multiple chronic illnesses and speak little to no English. They don’t have the wherewithal to persist when it comes to a solution or clarifying any miscommunication with their pharmacies, Carillo said.

Jurado believes it’s too soon to write Paramount off. She said the city will be measuring residents’ progress quarterly, and conduct an analysis of how they could get the most out of the card. That analysis will also uncover any impediments resulting from a language barrier which includes familiarity with how the card works.

“We will also be looking at that point on how to educate the public on the card’s usage,” Jurado said, acknowledging that there may be a learning curve in understanding the nature of prescription costs and the degree of savings people can expect.

Overall, she says, since it just launched in August, the 60 documented users aren’t enough for the city to assess how well the card is working.

Yates says that all FDA approved medications are covered and that the company’s numbers tell a different story. Those numbers show that Santa Ana residents have saved an average of 31 percent off of pharmacy retail prices for the month of August, he says.

“I can’t offer perspective about how the consumer got the wrong impression,” he said, suggesting that consumers refer to the Paramount web site for pricing and availability questions.

One source of misunderstanding might be that people on Medi-Cal already get discounts that might exceed what they would get by using the Paramount card. Also, many pharmacies give discounts to the uninsured on their own, and these, too, might mean that the Paramount card would not qualify a customer for a better deal, Yates added.

For now, Soderman says none of this is a consolation given what she faces at home with her son.

“My son is not one of the people that will be using the health centers right away even if his Diovan was covered,” Soderman said. “But they need to have compassion when they offer us something, offer something we can use.”