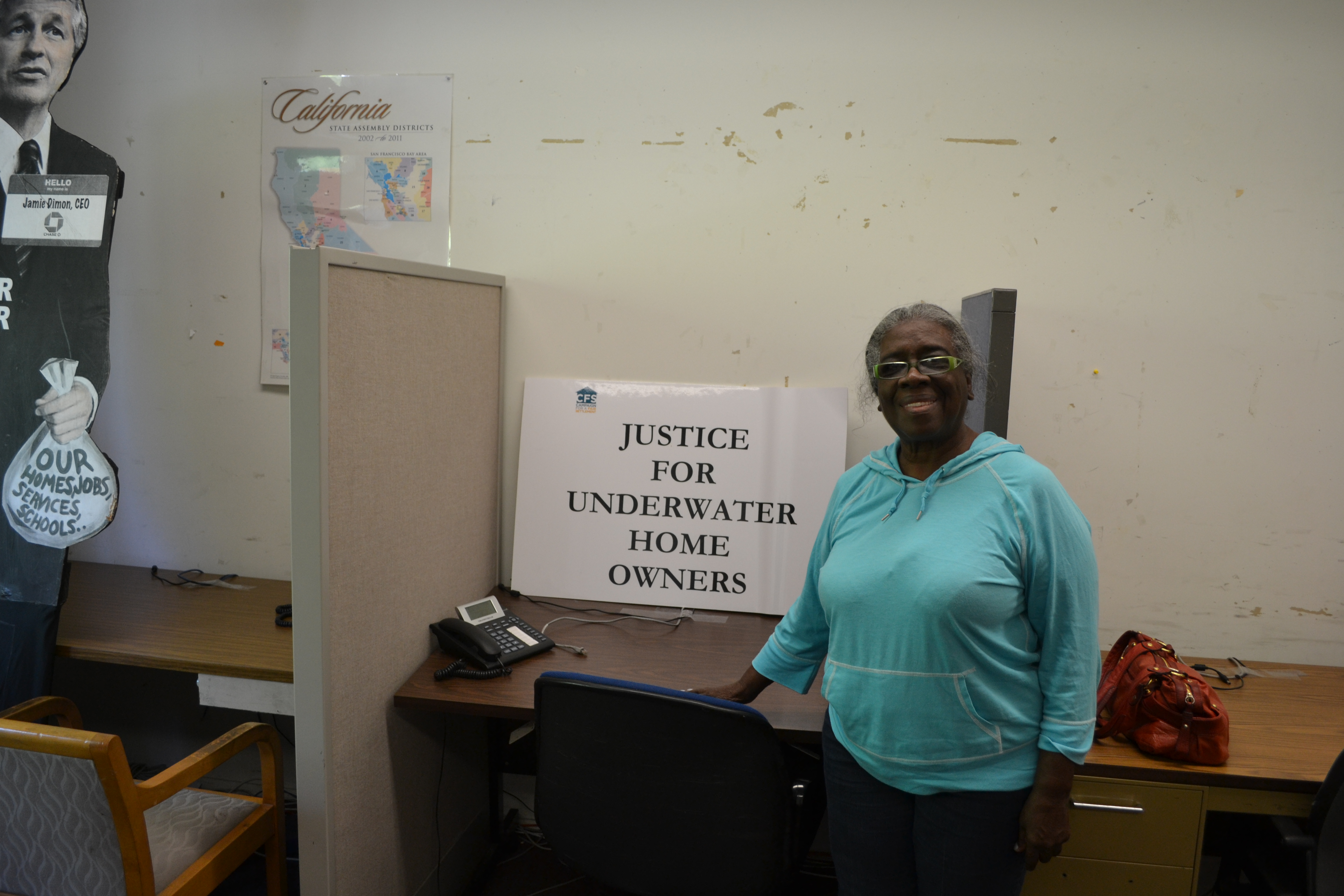 When South Los Angeles resident Beverly Roberts took out a fresh loan on her home in 2007 to pay for some upkeep and improvements, little did she know the struggles to come.

According to Roberts, her adjustable rate mortgage boasted a low APR with payments coming in at around $1,900 a month. The introductory rate expired in May of this year, though Roberts had started the process of trying to get out from under the coming financial tsunami not long after agreeing to the loan. She said she quit paying on the mortgage last year, but believes her monthly obligation is now around $3,000 a month.

Living off a combination of Social Security, rental income and a part-time job as an in-home care worker, the 75-year-old Roberts has requested a loan modification (change in mortgage terms), with no luck.

“When I got the loan, the property they said was worth $750,000,” Roberts said, sitting in a conference room at the offices for the Alliance of Californians for Community Empowerment in South Los Angeles. She now volunteers for ACCE, participating in actions and protests. “Now, it’s maybe half of that. I want to know why they make me pay on $750,000. The house ain’t worth that. I’m paying taxes and all that goes along with it. They’re not doing anything but collecting money and making me pay for an old house, which is ridiculous.”

“I can pay the note if they would give me a decent note,” Roberts added, saying she’s seeking principal reduction.

When it comes to the mortgage crisis and the struggles of older homeowners, Roberts is hardly alone. Last month, AARP’s Public Policy Institute released a study measuring the progression of the mortgage crisis and its effect on people age 50 and over. More than 1.5 million Americans age 50 and over have lost their homes since 2007; 600,000 loans were currently in foreclosure; 625,000 loans were 90 or more days delinquent; and 3.5 million loans were underwater.

The AARP study also showed that people age 75 and over had a higher foreclosure rate than those ages 50 to 64.

“That really alarmed us quite a bit,” Reinhard said, speaking by phone from Northern Virginia. “People who are in that age certainly felt they could be able to live in their own home for the rest of their lives, or they would have the choice. Now they are faced not only with the difficulty of paying their mortgages, but because of the housing market in general and the difficultly with selling homes, many cannot sell their homes to even move and go into assisted living or some other choice they might want to make when they’re 80 or 85.”

Scams have exasperated the situation. One popular ploy involves someone offering to be a middleman for a homeowner in getting a loan modification. In exchange for money upfront, often in the thousands of dollars, the scammers promise to work with the bank and ask the homeowner to cease communication with the bank and to stop making payments. After receiving cash upfront, the scammer does little or nothing to help. Once the deceit becomes obvious, it’s too late to take further action and the bank forecloses on the home.

“They wait for the scammers to work with the banks on their behalf, which most of the time they don’t,” said Sherry Samani, an investigator at the Los Angeles County Department of Consumer Affairs. “Then the property goes into foreclosure eventually.”

Samani added that con artists also prey upon older homeowners enjoying reverse mortgages, a way for those of retirement age to tap into their home’s equity in their golden years. She’s also witnessed children or grandchildren tricking their parents or grandparents to turn a title over to the family, then sucking the equity out of the home.

Samani believes there’s plenty of blame to go around, and not everyone is a victim.

“A lot of people in the recent years have been using their homes as an ATM,” she said. “They keep refinancing their homes and they use it for everyday expenses. These people would take so many loans on their home and eventually they wouldn’t be able to make the loan payments.”

Lorrina Duffy, a staff attorney for the Legal Aid Foundation of Los Angeles, said that the foundation has dealt with foreclosures since 2007, and hired attorneys to specifically work on foreclosures in 2008. She too has seen seniors scammed out of reverse mortgages, as well as the tried and true loan mod rip-off.

The AARP study shows that among those age 50 and older, Hispanics have the highest foreclosure rate on sub-prime loans at 14.1 percent, and 3.9 percent on prime loans.

Duffy is only able to speak on the segment of the population that seeks help from the legal aid foundation. She does see a lot of non-English speakers looking for help.

In 2007, then Los Angeles resident Juanita Render purchased a new home in Beaumont, California, in Riverside County. She wanted a larger place where her children and grandchildren would have room to visit. She made a down payment of $140,000 on a $530,000 house.

After moving in, Render discovered a number of things wrong with her new home, including missing landscaping and furniture, and faulty appliances. But the biggest of her problems is her APR above 6 percent and her payments of $2,567.54 a month.

“You can’t read all those papers when you go to close your mortgage,” Render, 76, said. “You’ve got that many papers to read and it’s all fine print and you don’t know what you’re reading anyway.”

Render said that she’s reached out to Bank of America to have her loan modified with little luck, and she recently quit making payments. She said the house is now worth only about $229,000, and she’ll be foreclosed on by the end of the month.

“I ran out of money,” Render said, adding that she receives $672 a month from a pension and $1,046 from Social Security. “I kept telling them I’m going to run out of money and I need to get these payments reduced and this interest rate reduced.”

“They’re always saying they’re going to do something, but they’re not going to do a thing,” continued Render, who has sought assistance through ACCE.

Render isn’t sure what she’s going to do.

Lupita Gonzalez, an employee with ACCE, said she hopes the recently passed California Homeowner Bill of Rights that takes effect in January 2013 will have an impact. She added that there needs to be more education and outreach for older homeowners about resources available.

“You can’t wait a long time,” she said. “ Sometimes people, older people included, seem to think tomorrow will be a better day. It’s not going to be a better day if you can’t figure out how to pay your mortgage.”

Roberts said that her her mortgage situation has been a struggle, but she’ll keep working to figure something out.

“My age, I shouldn’t be going through this,” Roberts said. “I was trying to live the American dream, or so they say.”

NOTE: AARP’s complete tip sheet on what to do when you are struggling with mortgage payments can be found online.

This is the second of three stories reporting on how foreclosures have affected California seniors.