Central Valley gets a one-stop health center for seniors 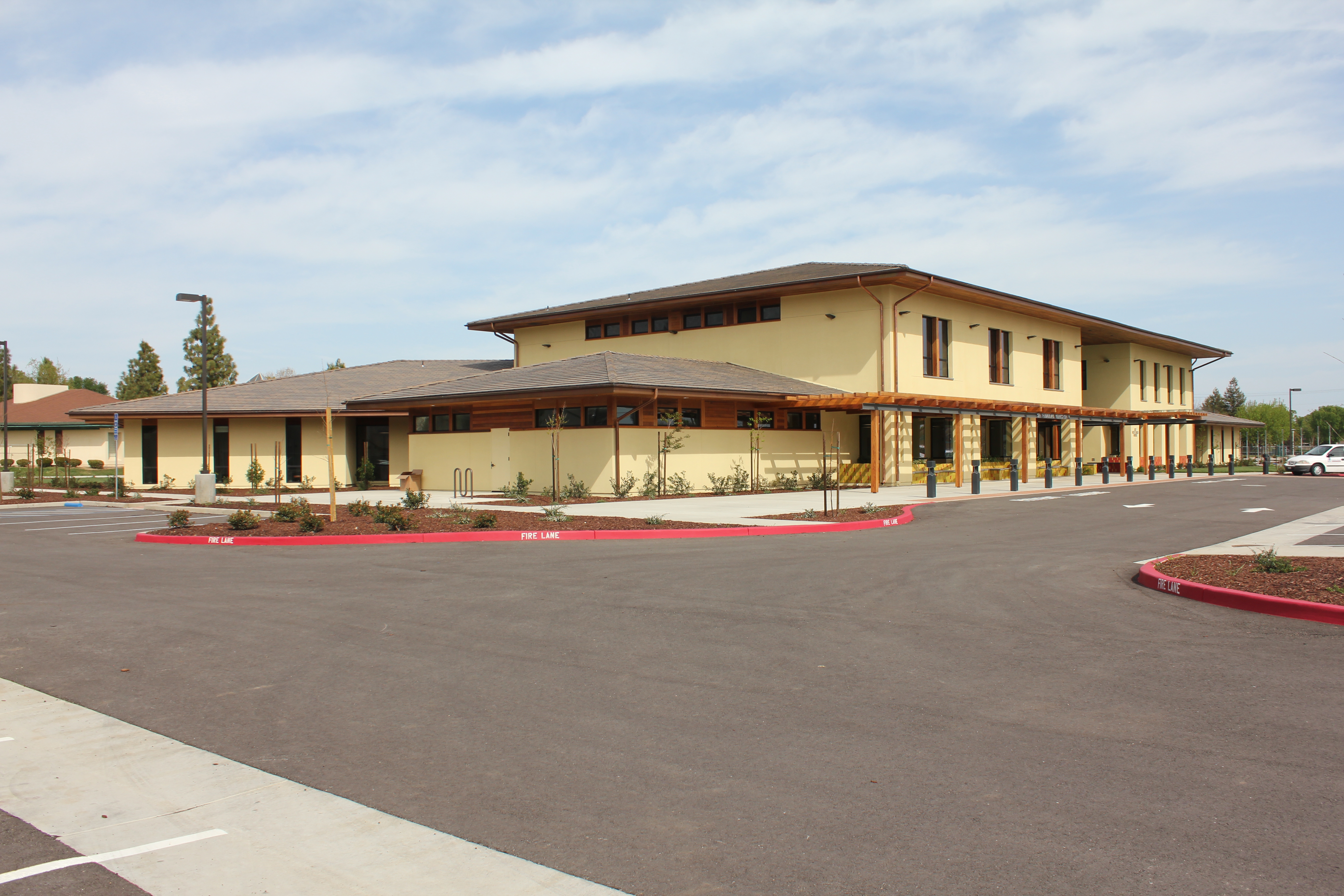 Seniors in Merced will enjoy one‐stop doctoring when the Senior Health and Wellness Center opens in May.

Patients at the 28,000‐square‐foot building on the south Merced campus of Golden Valley Health Centers can visit geriatrician Dr. Lidia Rodriguez, or see an optometrist or podiatrist. A Quest Diagnostics laboratory and pharmacy also will be on the site. Plans call for specialists such as endocrinologists, urologists and orthopedic surgeons to visit the center.

It’s all about comprehensive care, according to Mike Sullivan, CEO of Golden Valley. In addition to physician visits, patients will be able to visit counselors, health educators and case managers. Sullivan foresees seniors expanding their lives by taking nutrition and yoga classes — “the good stuff,” as he calls it. There are even eight raised gardening beds next to the center that await patients willing to get their hands dirty.

The building is the last to go on the 11‐acre site on West Childs Avenue. Designed by Berkeley architectural firm Kava Massih and Bay Area architect Bruce Dodd and built by Huff Construction of Modesto, the Senior Health Center is a welcoming place. The lobby has an expansive feel, with trees reaching up for the second floor. The building is full of light, cedar and tile, with color accents throughout. The downstairs is dedicated to patients while the second floor has the human resources department and rooms to hold classes for patients and for Golden Valley’s large staff.

The beauty of the building is part of Sullivan’s philosophy, says Dodd, who began working with Golden Valley in 1975 and has designed 90 percent of the buildings on the Merced campus. “He wanted patients to feel as if they were getting first‐class treatment,” Dodd says. Exam areas have windows because “the patient needs to know the world is still out there.”

Sullivan has been pondering a health center for the over‐60 but definitely not over the hill crowd for more than a decade.

He and staff members visited just such a place in Berkeley years ago that was run by Marty Lynch, whom Sullivan calls his mentor. But “jazzed” as the staff was, the center didn’t happen.

Then, four or five years ago, “we relit the spark,” Sullivan says. A group from Golden Valley visited a senior health center in Eugene, Ore., to learn how best to provide health care to that specific group, he says.

That’s when the work really began. A strategic business plan was put together that culminated in an application to the federal government for $10 million. Golden Valley made “a good request,” Sullivan says, not least because it had a good reputation and already owned the land on which the center would sit. The years-long process was rewarded with a $9.75 million grant.

Rodriguez, the geriatrician who will move soon to the new building, watched it go up from her office across the greenway that runs the length of the campus.

“I think patients will love it,” she says, noting the center’s beauty and the ease with which multiple health issues can be addressed in one place.

Sometimes, Rodriguez says, when an elderly person has an ache or pain, it is brushed off. “We say, ‘Oh, they’re getting older.’ ” Or perhaps the patient isn’t comfortable talking about family or social issues that are impacting his or her health. So part of the physician’s job will be educating the patient, family and caregivers, she says.

“You need to be patient,” she continues. “With all the meds and social issues, you can get overwhelmed. Sometimes it’s very challenging and frustrating.”

Training in gerontology taught her patience, she says, and made her comfortable dealing with patients’ multiple health issues. One of the things Rodriguez says she likes about the Senior Health and Wellness Center is that a case manager will be there “to screen and capture social issues.”

“It’s the beginning of getting into something new,” Sullivan says of the center, which he hopes will help older people “get some happiness in their lives.” The 67‐year‐old adds with a laugh that he can relate to patients: “I’m there.”

After almost 40 years at the helm, Sullivan will retire this summer. Not a bad run for a San Franciscan who came to Merced thinking he’d stay for a year. Or two.

Golden Valley Health Centers began in 1972 as a county‐run health‐care provider serving farmworkers. It became a nonprofit organization the next year, with Sullivan as its first employee. It bought its main campus at 847 West Childs Avenue for $50,000, adding buildings as the years went by. “It’s always been piecemeal,”
Sullivan says.

It now operates sites throughout Merced and Stanislaus counties, bringing health care to the underserved in such outlying communities as Dos Palos, Planada and
Westley. It provides dental sites, women’s health centers, a program for the homeless and health‐care centers at three schools.

Sullivan sounds a bit surprised at his longevity on the job, “especially with my personality.” Pressed to expound on that idea, he calls himself “driven” and says, “I don’t like to lose.”

Yet he acknowledges that it probably was his “crusty Irish common sense” that helped Golden Valley Health Centers grow.

And change. He recalls that in the early days of Golden Valley Health Centers, “We started out serving kids and moms, kids and moms, maternal and child care. As the years went on, grandparents started coming in.”

Central Valley gets a one-stop health center for seniors