Older Americans answer the call for the Peace Corps 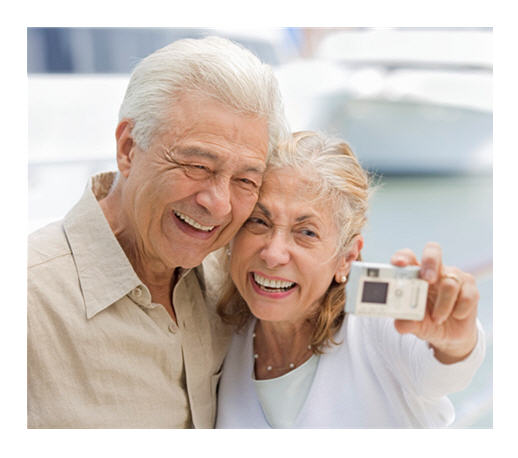 Maria Lee knew she was destined for a life beyond her small Midwestern hometown. In the third grade, destiny found her.

A Peace Corps volunteer came and spoke to Lee’s class about her job helping children in Africa. That experience planted a seed in Lee that day.

And now, Lee is becoming a Peace Corps volunteer herself – at the age of 54.

“As a 20-year-old, I would’ve gone, ‘Oh my gosh! Who would go as a grandmother?’ Because I’m a grandmother now,” said Lee, who now lives in Loomis, Calif. “But now that I’m in my 50s, I don’t feel much different than I did in my 30s, only I feel more grounded and more comfortable in my skin.”

While the average age of a Peace Corps volunteer is 28, 7% of them, like Lee, are over 50. The minimum age requirement is 18 years old, but there is no upper age limit. The oldest serving volunteer today is 84.

No matter the age, volunteers are currently spread throughout 75 countries and are required to serve for 27 months. President John F. Kennedy started the program in 1961 to promote peace and friendship through service in developing countries.

“As someone who works in recruitment, I can tell you that this one of our best demographics, because Peace Corps resonates very deeply with them,” said Peace Corps public affairs specialist Kate Kuykendall of volunteers who are 50 and older. “We often hear from our applicants that they had wanted to join when they were younger, but ‘life got in the way’ and so they are very energized about doing something that they’ve been wanting to do for as long as they can remember.”

The Peace Corps recently partnered with AARP to target that demographic with advertisements and outreach events. The two organizations also encourage veteran Peace Corps volunteers and AARP volunteers to serve their own communities. AARP’s Create the Good program is an online resource for volunteer opportunities.

“Peace Corps volunteers age 50 and above come with a wealth of life skills and professional experiences to make an instant impact in communities around the world,” said Peace Corps Director Aaron S. Williams. “Peace Corps is honored to work with AARP to increase public service opportunities for Americans age 50 and over.”

Maria Lee said she initially hadn’t planned on waiting till she was in her 50s.

She set her sights on going right out of high school. But her aunt, at the time a Peace Corps volunteer on the Caribbean island of St. Vincent, advised against it.

“She said, ‘Don’t. Wait until you’re older.’ She had waited until her kids graduated from high school,” Lee recalled.

So Lee did the same. After five years in the United States Air Force, getting married, having two children and running a successful horseback riding business, Lee applied in 2007.

The Peace Corps accepted her and invited her to work in Africa.

“I shouted from the rooftop,” Lee reminisced with a grin.

Only a medical screening stood between Maria and her dream. And that led her on a journey she never expected.

“They found breast cancer,” she said. “So I didn’t go to Africa in 2007. I went through chemo and lost my hair and my breasts and turned 50 years old in that condition and just kept going.”

Lee continued to hike, work outdoors and eat healthy, as she always had, determined to beat the cancer.

She did. And after three years of being cancer-free, she reapplied and was again accepted into the Peace Corps. In March, she leaves her home in Loomis for Albania in southeastern Europe, where she’ll work as a community and economic development specialist.

Lee presumed she was placed based on her entrepreneurial spirit.

“When I ran my own business, I started with nothing. Somebody gave me a horse one day and I started to give lessons on it and it worked into almost a million dollar a year business,” she said. “It was just amazing how well it turned out in the end.”

Whether she gives business advice as an entrepreneur, a warm hug as a mother or empathy as a cancer survivor, Lee knows Albania will also add to her 54 years of life experience.

“I think that will be bigger than what I give,” she said. “I think what I learn over there is going to be tremendous. And I’m at a point in my life where I’m open to just about anything.”

“I’m a firm believer that you make your program what you want it to be,” he said.

Fuchs first served in the Peace Corps for a tuberculosis control program in Bolivia right after he finished college in the late 60s. Almost four decades later, he reapplied.

“I always thought I would do it again,” Fuchs said. “I would have to wait till my child grew up and I retired or something and the opportunity presented itself in 2005, so I said now’s the time. Why not? I’m still healthy and I needed to get out of this country and show other people that America wasn’t exactly what our government was doing.”

The organization assigned Fuchs to teach English in Turkmenistan in Central Asia.

“I wanted to go to a Muslim country because I have no Muslim friends and I wanted to find out what their culture was,” said Fuchs. “I found out, at least as practiced in Turkmenistan, they were the nicest, kindest, most generous – and they didn’t have a lot. To anybody, they opened up their hearts.”

Every Turkmen he met would ask him the same questions to get to know him – where he’s from, whether he’s married and how old he is.

“Age is revered in the Turkmen society,” Fuchs said. “I would explain that in American society many people go out of their way to veil the aging process, especially here in California through gyms, health food, tanning parlors, plastic surgery, hairplugs, and that most Americans wouldn’t ask that question. Of course having attempted to explain that to my students their next question was always, ‘So how old are you?’”

Whether Bolivia or Turkmenistan, in his 20s or his 60s, Fuchs stresses that each Peace Corps experience is personal and “devoid of age effectiveness.”

But he does admit, in Turkmenistan, he was able to offer “a broader range of knowledge and experiences that can be added to the teacher’s repertoire of instructional tools,” having lived longer than most of the other volunteers there.

For Maria Lee, her range of knowledge and experiences have cultivated a level of patience and maturity she hopes make her more prepared than ever for her upcoming adventure.

Older Americans answer the call for the Peace Corps