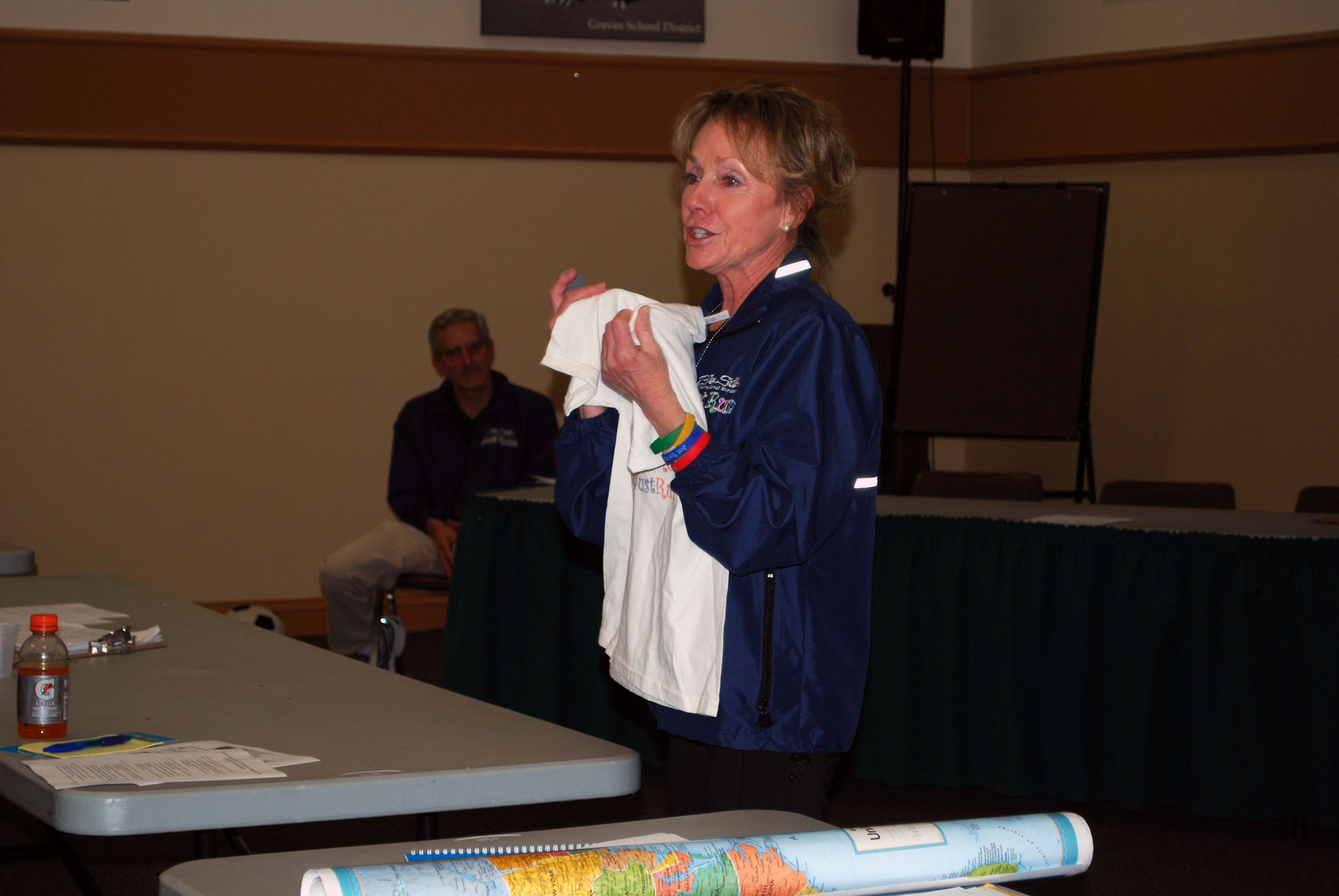 The sight of students running around Frank Paul Elementary School in Salinas has become a regular thing before school, during breaks and after classes end. The kindergarten through sixth-grade campus has 28 classes who signed up to participate in a fitness program that is meant to make exercise fun.

The Just Run program was created seven years ago by people involved in the Big Sur International Marathon. The members, including Susan Love and Mike Dove, wanted to come up with a way to encourage fitness for children as obesity rates for both adults and children continued to rise.

The two hosted an informational meeting for Monterey County teachers and afterschool educators Jan. 31 to offer guidance on starting the program at more local schools.

“With the rise of physical inactivity, the rise of obesity – too much food, too many videogames – teachers have been in a panic. Policies have failed,” Love said.

Last year, 93 schools in 15 states participated in the program, which has a web-based component so that even far-flung schools can use it. Last year 8,300 children used the Just Run program, and logged 252,061 miles. Though the program is open to any school, Monterey County schools receive in-person support and free gifts as incentives for the students.

Naomi Gonzalez, a nutrition teacher at Frank Paul, heard about Just Run when Dove and Love did a quick presentation at a staff meeting. The other teachers asked if she would coordinate it for her school.

“The kids are so psyched,” Gonzalez said of the program that had been running for just two weeks at her school. “When they go to nutrition class, they say they are sleeping better. They are better disciplined. They are eating more healthy foods, especially from the salad bar and drinking the milk.”

According to the Just Run coordinators, results from a state physical fitness exam completed by fifth, seventh and ninth graders suggest that the program is working.

For schools using the Just Run program, the schools went from 58.7 percent of students passing the cardio portion of the test to 80.5 percent passing.

The schools without the program decreased the number of students passing by 5 percent. The students in the program also scored better on strength and flexibility tests.

“We take the kids out to run the first 20 minutes of the day,” said Nancy Hayes, who worked at Toro Park School and is now at Washington Union, in Salinas, of the third-grade class with which she works. “They are more focused. They don’t talk. They have a calmness to them after their morning run/walk.”

Love explained to the 30 or so educators present how the Just Run program works for Monterey County. The teachers can log the student’s miles on a website. On the JustRun.org website, the kids can find their class to see how many miles total they have run – they can look at their mileage on a map of the United States or Europe. As they “run” across the United States, the teacher can click on the map and share fun facts with the students about the areas they have passed. For instance, as they head through Arizona, they can learn about the Grand Canyon.

For Monterey County students, including those in Salinas, the Just Run program provides free incentives for the children for the miles they log. They get a necklace they can wear around their necks or hang in the classroom with tokens for each mile. They get bracelets as they hit milestones such as 25 miles. Students who get to 100 miles and complete a secondary program that promotes good citizenship (called Just Deeds) get a free T-shirt. Love encouraged teachers to set aside a time in the classroom to award the items to the kids.

The website has tips on different running drills and other activities they can do. The site also incorporates tips on healthy eating. The program started out geared toward second to eighth-grade students, but has been tailored for children of any age, kindergarten to high school.

Schools can devote as much or as little time to the program as they have.

“Ten minutes is plenty if that is all you have,” Love said. “All you really need is a group and a place for kids to run.”

Jacqueline Perkins, a teacher at Robert Down Elementary School in Pacific Grove, offered some advice for teachers who are just starting the program.

“We do it after school once a week,” she said. “We end up with a lot of kids who don’t sign up for other sports because of the cost or whose parents want a free hour of babysitting. I decided to set it up so they get to play some games that are not allowed in school such as tag or dodge ball, but still with boundaries.”

She has a binder with workouts for each week from October to May. She’s been doing it long enough that some of her students have moved on to middle school.

“The middle school kids come back and help,” she said.

The schools can participate in an optional 3K race on April 28, which is $5 for children and $20 for adults.