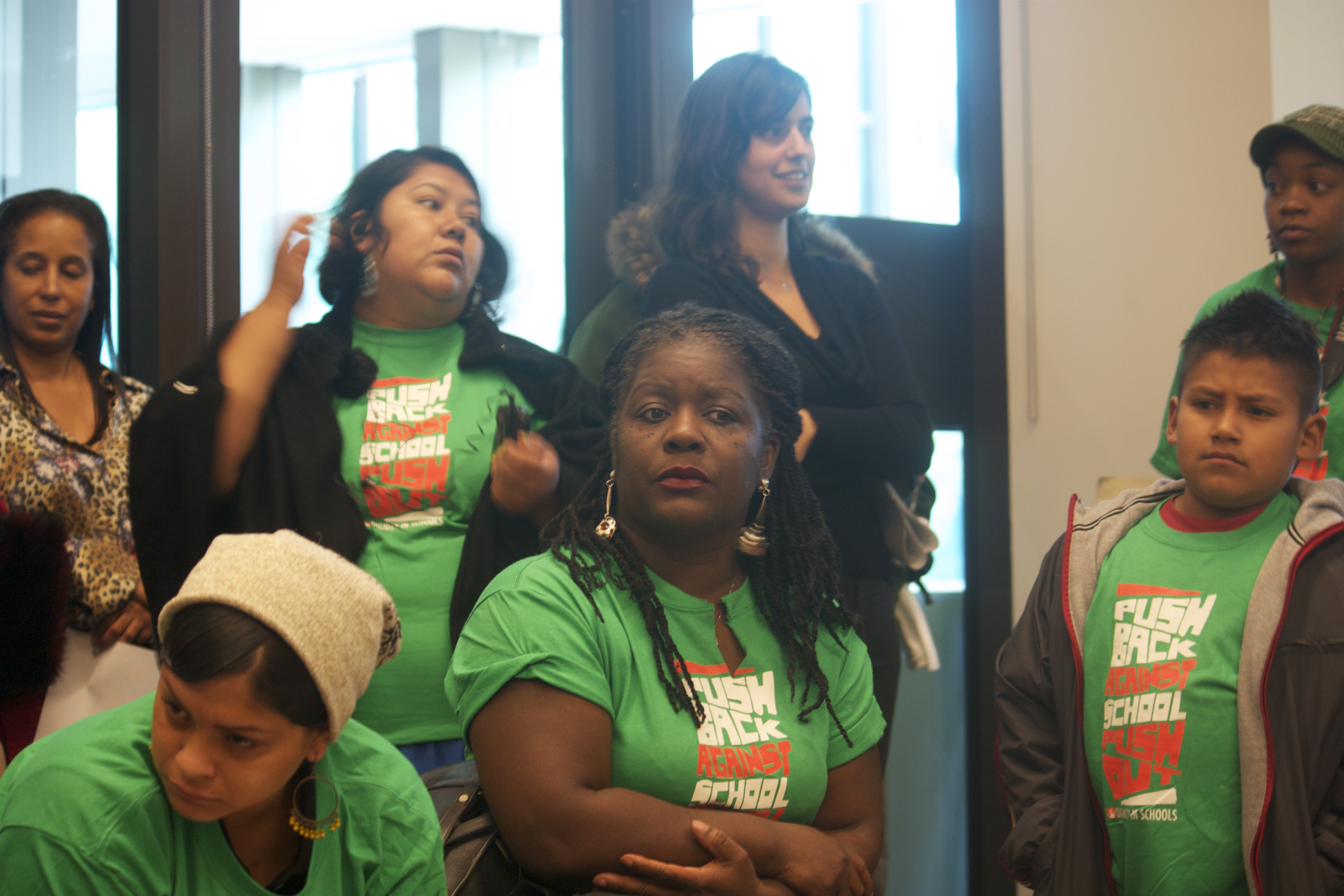 In Los Angeles, a change in the city’s daytime curfew law is on the City Council agenda. The law is aimed at keeping kids in school, but activists have waged a two-year battle against it, saying it’s punitive, discriminatory and counter-productive.

For years, students who were on the street after classes started, even those who were rushing toward school, faced a $250 fine. Their parents were forced to miss work to attend court hearings.

In Boyle Heights, Roosevelt High School senior Angela Herrera said police descended on a Carl’s Jr. restaurant where she and more than a dozen students had stopped for breakfast one morning last October.

“It was scary…I thought someone was trying rob Carl’s Jr.,” Herrera said.

Herrera said she and her classmates weren’t skipping school; classes had been delayed because of college entrance testing, but she said the officers wouldn’t listen to their explanations.

“They blocked the exits. It was like a raid,” said Matthew Hernandez, also a Roosevelt senior who was there that morning.

Herrera and Hernandez said they were held for more than an hour, then packed into police cruisers and delivered to the dean’s office where they were ticketed.

Roosevelt High School senior Cinthia Gonzalez said if she was running late, she sometimes stayed home rather than risk being caught on the street after the school bell rang.

“I would tell my parents that I’m sick,” Gonzalez said.

“To us, it seems ironic. How do you expect students to go to school when they’re afraid [they’ll get a ticket]?”

Now both the LA Police Department and the LA School Police have stopped aggressive ticketing near school campuses.

“Student attendance is not a criminal justice issue,” said City Councilman Tony Cardenas, who is leading council efforts to change the law.

The LA School Police Department issued 16 percent of its truancy tickets to African Americans, who comprise nine percent of LA Unified School District students. No such tickets were given to white students, said Laura Faer, an attorney with Public Counsel, who has represented ticketed students in court.

She said some citations were literally handed out at the schoolhouse door by waiting police officers. Faer noted that low-income students are more likely to be cited because more of them walk or take the bus to school than wealthier kids.

Cardenas said the curfew law revision that he’s proposed is problem solving oriented, not punitive. He expects the council’s public safety committee to take up the matter later this year.

Now, ticketing is down but tardiness remains a big problem, said Ben Gertner, principal of Roosevelt’s school of communications, new media and technology, one of seven small schools within the school.

Each day last year, about a fifth of his students arrived late, effectively delaying the start of class for everyone, Gertner said.

Tardy students also cost schools money. Those who come more than a half hour late are considered absent, and the state doesn’t reimburse schools for their attendance.

“I’m very glad that we’ve moved away from criminalizing tardiness,” Gertner said. “But I feel it’s important that the people who led the effort to make the change be involved in creating something effective in its absence.”

LAUSD administrator Nancy Franklin said the district has been moving toward less punitive disciplinary policies since 2005.

So-called school-wide positive behavior support—focused on getting to root of students’ problems, not punishing them—is official policy, Franklin said. An independent evaluation released this month notes the program shows signs of success. But the new systems might not be in place in every school, Franklin said, because making change in the nation’s second largest school district is achingly slow.

The efforts are part of a statewide movement to reverse zero tolerance disciplinary policies that call for automatic suspensions for offenses like fighting and police involvement for some rule breaking.

Last month, a sea of green T-shirted students from across the city rallied at the California Endowment’s Los Angeles headquarters where they were linked by videoconference with similar gatherings in Sacramento, Fresno and Oakland.

“Push Back Against School-Push Out” was the message students wore on their shirts, as they and their allies both denounced harsh disciplinary policies and celebrated victories, like the one students won in Los Angeles.

Cinthia Gonzalez stepped to the podium to explain how Roosevelt students had fought back.

But later she noted that much remains to be done to keep kids in school.

“Our schools are built to look like prisons,” Gonzalez said. There are cameras in the hallways. It makes you feel like it’s a hostile environment.”

She wants to change those things because, she said, “For us, education is the only way out.”