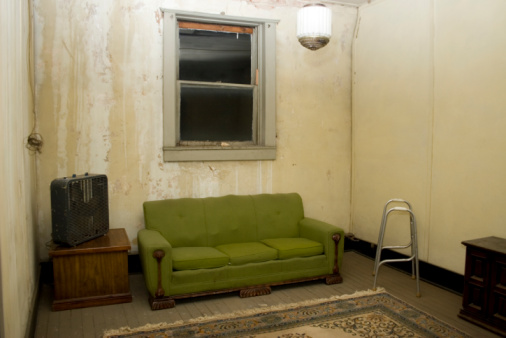 An independent living facility for low-income tenants in San Francisco is being heralded as a new approach to independent living with its vast ethnic diversity, green building design, and commitment to housing chronically sick homeless.

Opened in March and filling last month [September] in the city’s sunny Bayview section, Armstrong Place provides one-bedroom and studio apartments to low-income residents age 62 and over – many of them once transient or homeless.

In response, the city created Direct Access to Housing (DAH) in 1998 to provide permanent housing for at-risk residents. There are currently 24 city sites housing nearly 1,000 formerly homeless residents. Public health officials hope to extend the program to seven more sites and serve another 650 tenants by 2013.

“San Francisco’s Department of Health is the only health department in the nation with a supportive housing program aimed at housing chronically homeless people with a particular emphasis on high utilizers of health care resources,” said Mark Trotz, director of Housing and Urban Health.

“The rent is beautiful,” smiled Richard Mabry, 64, who grew up just seven blocks away from Armstrong Place and was the first resident accepted.

Mabry worked as an electrician until 2000 when he broke his ankle, and after a one-year rehabilitation, was told he moved too slowly to ever work again. Most recently sharing a shabby room with his brother, Mabry said his entire social security check went towards rent.

“We had to hustle money to pay water, PG&E, plus we had to eat, right?” asked Mabry. He now enjoys a clean apartment, shared community, prompt maintenance and 24-hour gated security.

“Night and day,” said Mabry, who is African-American. “This is day. The other was night. This is like paradise.”

Of the 115 Armstrong Place units, 23 are designated for formerly homeless residents.

Yet even with a clean, well-lighted place, many residents still struggle with finances and other basic necessities.

“They’re living off of nothing,” said Na’Imagh Crum, the facility’s case manager for DAH tenants, who still pay half their social security in rent, forcing them to budget their remaining funds.

When first arriving, many residents need help with simple tasks like operating blinds, using microwaves, or cleaning stoves. Some tenants — former drug users with little or no family – are used to living conditions where dropping trash anywhere is commonplace, she added.

“They’re just getting used to where it matters,” said Crum. “Most of (them) have transitioned very well.”

Woody Woodruff became administrator for Armstrong Place after working for five years at a similar low-income facility in south Sacramento. Why take on this new role?

“Challenge,” smiled Woodruff, who lives on site. “They change so much when they come in here.”

Crum says in the few short months Armstrong Place has been open, she’s noticed health improvements in several tenants, many of them veterans of the city’s shelters.

One man — stiff, bent over, and constantly complaining about his aches and pains — now walks tall and without complaint, said Crum.

Crum recalls one transient Bayview man who was aggressive, mean and paranoid. Still, she kept encouraging him to apply.

“All these 62 years of his life nobody’s tried to help him,” sighed Crum. “I could just tell he needed it.”

After four months of Crum’s prodding, he finally applied for residency.

“Now he’s wonderful,” said Crum, with a smile. “He checks on me every day.”

Armstrong Place provides a number of classes and services for tenants: free haircuts Tuesday, Jazzercise classes on Wednesday, and every Thursday a two-hour cooking class covering a variety of topics from buying healthy food on a budget to preparing gourmet meals.

Completed last year by BRIDGE Housing, which develops affordable housing for families and seniors, the facility is managed by Eskaton, which operates nearly 30 senior living facilities in northern California.

“That’s the only way we’d be able to serve the population we serve here,” said Griffith, noting that the apartments would otherwise rent for $2,000 each.

State law requires that 20% of redevelopment funds be targeted for affordable housing, said Griffith, yet San Francisco has voluntarily increased that commitment to 50%.

BRIDGE also developed townhouses next door that provide a stark contrast to the affordable housing of Armstrong Place: “Armstrong Townhomes… from the mid $200,000s” trumpets a sign.

Besides a spacious two-story courtyard and common area on the ground floor, Armstrong Place features communal areas on each of its five floors, which help bring the diverse populations together.

A recent neighborhood addition is a spacious Fresh & Easy supermarket, located just two blocks away. The store is welcomed in an industrial area now being redeveloped, with few previous opportunities for healthy food – in public health circles a “food desert.”

One frequent shopper is Belle Lin, a tiny 78 year-old Asian woman, who formerly lived in a cramped Pine Street SRO hotel room with only a shared hallway bathroom.

“Everything!” she exclaimed. “I love here so much. Everybody like me. Everybody know me.”

Rents vary according to several factors, including income level and program subsidy. The lowest rent paid is $15 per month, while the highest is $993 per month.

The maximum income for any resident is $45,700 per year, although most earn far less.

“A lot of them, you’ll find, are just getting social security,” says Cathy Sailor, Eskaton’s director of operations. “We have some very, very low-income folks.”

Besides the help of Crum, who is employed by the Providence Foundation of San Francisco that operates a nearby shelter, a licensed therapist comes in once a week to help with more difficult residents, such as the tenant smelling regularly of urine.

Armstrong Place is also “green,” with several features that garnered it a coveted Gold rating under LEED – Leadership in Energy and Environmental Design – the international building standard that measures efficiency in water, energy, and other design elements.

The apartments feature dual flush toilets, low-flow faucets and showerheads, and built-in recycling bins. The building itself includes energy-saving washing machines, on-site storm water management, and solar panels, that benefit from the Bayview’s reputation as “the sunny side of San Francisco.”

Besides a smoking room on the top floor, Armstrong Place is smoke-free, which Griffith says is a popular trend now among affordable housing projects.

Woodruff wants to give each floor its unique personality by adding ping-pong or pool tables. Each laundry room will eventually sport exercise equipment and a large-screen TV. Donations of library books, computers – even flowers and broccoli – continue to pour in.

The ground floor has space for several retail stores – Woodruff is angling for a juice bar and Wing Stop restaurant. The facility has parking for 27 cars and dozens of bikes.

All the features of Armstrong Place make it a coveted resting spot for seniors in their golden years.

“They move in,” said Eskaton’s Sailor, “and they never intend to move out.”