The challenges of working with high-risk youth 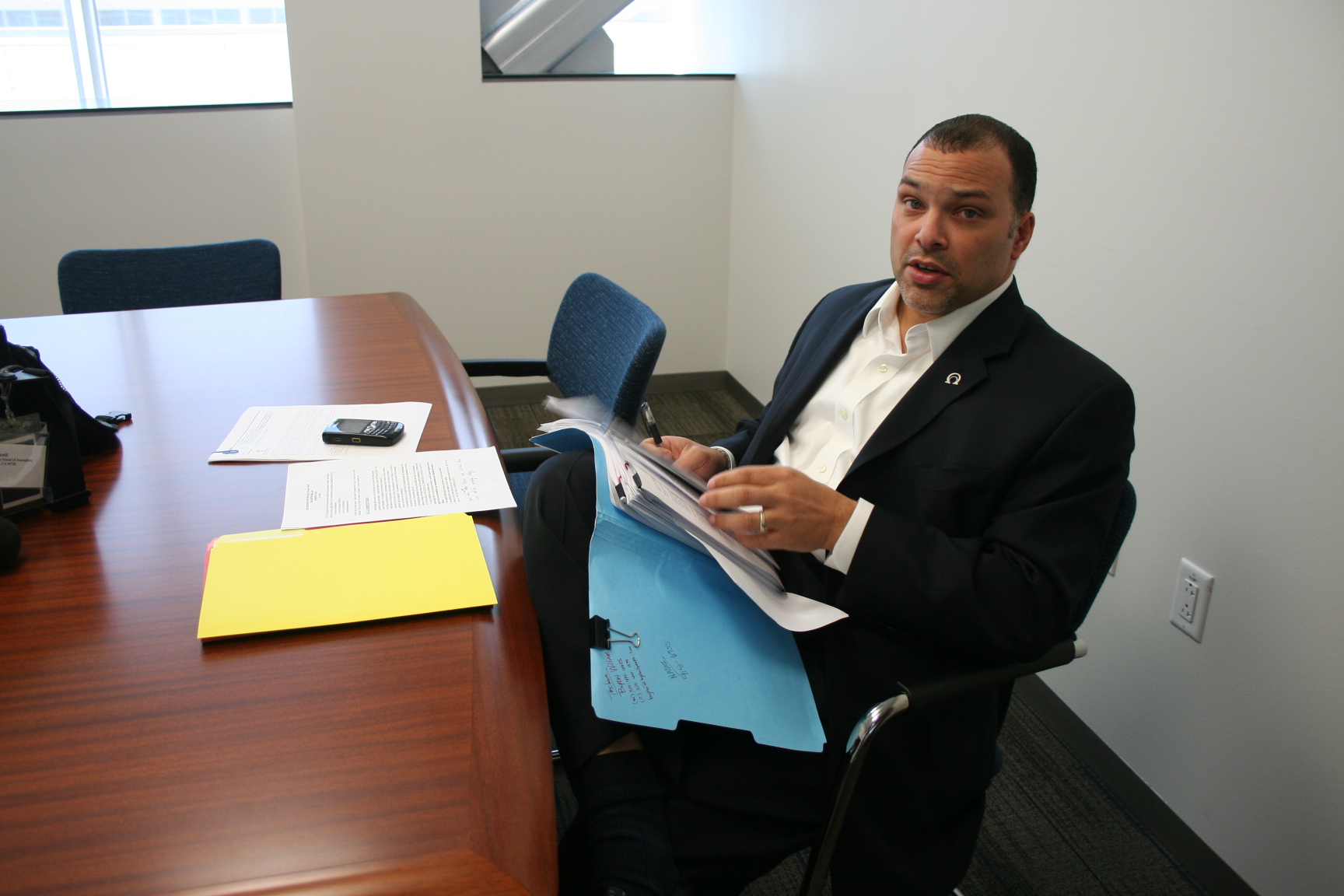 On a recent fall afternoon, a fistfight broke out at Richmond’s City Hall. A few young men came to pick up their stipend checks from the Office of Neighborhood Safety, a small city program dedicated to helping the people in Richmond most likely to commit a violent crime. A few men from a rival section of Richmond came at the same time to speak with ONS staff. The fight, which resulted in a broken nose and no charges pressed, ignited a local media firestorm.

TV stations and newspapers covered the incident for about a week. San Francisco’s CBS affiliate KPIX ran the headline: “Bloody Gang Fight Breaks Out At Richmond City Hall.” Web comments on the stories included statements like this: “Who cares if they kill each other off, the world will only be a little better off.”

Such coverage is not unusual in media attention to Richmond. It intensified when Office of Neighborhood Safety staff declined to co-operate with the Richmond Police investigation of the incident. Rarely was it reported that because of the nature of the program, there is an intentional firewall between the police department and the ONS.

DeVone Boggan, director of the ONS, was shocked at the coverage, much of which ran without a comment from him.

“I can’t imagine what it must be like for the many mothers in this city who’ve lost their sons and to find themselves thinking, wow, my son’s death didn’t get that kind of attention,” Boggan said.

The reaction to the fistfight highlights the challenges for anti-violence programs targeting the kind of young people that ONS counsels. ONS does not counsel at-risk kids who may some day lead a life of crime. Their clients are the known shooters, who have in the past created risk for everyone else in the community. ONS clients may not be the kind of people who inspire public sympathy – but helping them change their ways could help change the city of Richmond.

The young men are involved in the program because they were identified by law enforcement and street outreach workers as the most likely to be shot or shoot someone else within six months.

The fact that the young men chose to fight in the office – instead of shooting each other in the parking lot – is a distinct improvement from their past methods of conflict resolution.

“We didn’t have to bury anybody this week. You understand?” Boggan said. “If someone had been killed Friday because they’d decided to handle their conflict differently, we’d be planning for a funeral this week.”

The idea to target youth involved in street gun violence comes from researcher David Kennedy, who developed an intervention program called Ceasefire in Boston in the 1990s. Since the Office of Neighborhood Safety opened in 2008, The City of Richmond has been trying to raise the money and technical assistance to bring Ceasefire to the city.

The Ceasefire model involves a series of “call-ins” with local drug crews in which the people called in are told they have to stop shooting at each other. They are offered help with education and other human services, but they are also told that if they don’t stop, law enforcement agencies will come down on them harder than ever before.

ONS recently secured funding to support a Ceasfire program, but their initial grant applications were rejected.

Boggan also amended the program so that instead of directing participants to human services, they provide fellows with a stipend of up to $1,000 a month for utilizing human service programs such as GED courses, job-training and anger management classes. Most fellows average a $350-$750 stipend a month, he said.

None of the stipend money comes from public funds. “I think we still have a long way to go as a public around the taxpayer feeling like this is a worthy investment,” Boggan said.

But Boggan continues to make his case for the cost effectiveness of the program. If all 40 fellows did earn $1,000 a month, the program would cost $480,000 a year. Boggan compares that to the $218,000 it would cost to incarcerate one youth for a year, or the thousands of dollars it costs to fly gunshot victims to the John Muir trauma center in Walnut Creek.

In the three years after ONS opened, the homicide rate went down by about 26 percent in Richmond.

“I don’t take credit for that. I think there are a lot of variables at play,” said Boggan. “But one of the variables that needs to get credit for is these young men.”

As calhealthreport.org reported in early October, the program has already changed the lives of many of the youth involved.

A major incentive for participants is the opportunity to travel outside of Richmond. But in order to go on program excursions, they have to be willing to travel with guys from rival neighborhoods. About a quarter of the fellows are willing to do so, Boggan said.

Clearly the fellows involved in the fistfight at City Hall don’t fall into that category. But Boggan did take the opportunity to mediate the conflict between them. He thinks the fact they fought at City Hall means they knew it couldn’t go too far.

A key piece to the success of the program has been the trust between the street outreach workers of the Office of Neighborhood Safety and the youth they work with.

When the initial three information sessions with guys from rival neighborhoods were held at City Hall instead of in their neighborhoods, his staff didn’t think any of the 25 young men they identified would show up.

“I said ‘can you imagine if we can get them here because of who you guys are?’ So when 21 show up out of 25, I’m going, we are off to a good start,” Boggan recalled.

At first the participants thought the meeting was a trap, he said. “They’re looking around like ‘are officers gonna jump out of the white boards?’”

He told them that he created the program because he recognized the power they had in Richmond.

The street outreach workers have done a lot to convince the fellows that they are not with the police department, Boggan said. A large part of that is the protocol within the city that when incidents such as a fistfight happen, the ONS staff are not required to say who is involved.

Boggan is, however, in daily communication with the police department liaison.

Following the fight, the Oakland Tribune reported that Councilman Corky Booze demanded Boggan’s immediate removal. Other Councilmembers and City staff have expressed support for the program.

He’s committed to these young men, their families and their neighborhoods, Boggan said.

“One way or the other, we’ll be around,” he said of ONS’s future.

The challenges of working with high-risk youth