CAFF helps kids take a bite out of fresh produce 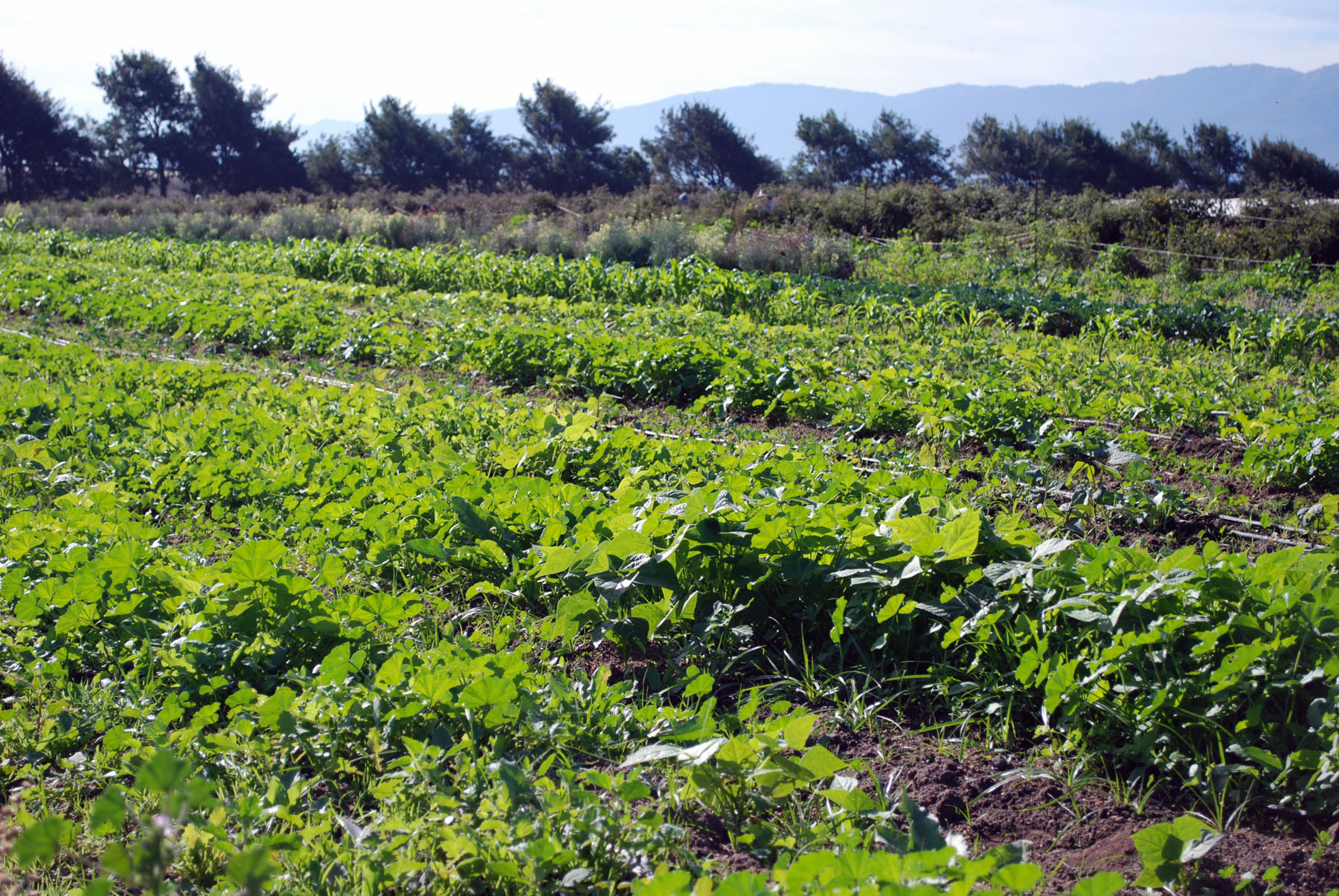 Suzanne Laurens’ Lincoln Elementary School students get a break from their everyday curriculum when the Harvest of the Month tasting kit arrives. This month’s box includes a variety of tomatoes from a local farm, as well as some suggested activities and a profile of the farmer who provided the produce. The students will have a chance to taste the vegetables and talk about what they like.

“We don’t insist they eat a lot, but we ask them to taste it,” said Laurens, a second grade teacher, in Salinas who has been doing the Harvest of the Month for four years. “A lot of the time the kids say, ‘I didn’t think I would like it.’”

The program is organized by the Community Alliance for Family Farmers, a nonprofit based in Santa Cruz, and the goal is to get students to taste new fruits and vegetables as well as to connect them to the local agricultural industry. CAFF runs the Harvest of the Month tasting kit program as well as the Know Your Farmer program, which includes field trips to local farms.

Laurens helped get the Harvest of the Month program running at Lincoln four years ago by talking to other teachers and getting them enthusiastic about it. For the first year, the teachers who participated in grades K-fourth paid for the program themselves. Now the tasting kits are purchased through donations from the Parent-Teacher Organization. The cost is $15 per box, and CAFF has a requirement that at least seven tasting kits be delivered to each campus for a minimum of three months a year. Schools have the option for more classes to be involved and to receive a delivery every month that school is open.

Laurens recalled that the first year, she had six classes involved and drove the seventh tasting kit to a teacher at another nearby school.

“We have certain parameters that make sense so it doesn’t cost too much,” said Jenna Segal, the Harvest of the Month coordinator, of the three-month commitment for seven classes. “We have a big loop of a route and hope that everything fits on that route.”

The Harvest of the Month program has been running for eight years and last year there were 340 classrooms signed up for it. The participating schools are in Monterey, San Benito, Santa Cruz, San Mateo and Santa Clara counties. This year for October, 24 schools will receive tasting kits. Segal said that he hopes to recruit more schools in the Salinas area.

Between the Harvest of the Month and the Know Your Farmer programs, 67 elementary or middle schools participated throughout the region last year.

The second-graders in Laurens class most often eat the fruit and vegetables raw. They have had apples, tomatoes, green beans, kiwis and one month they even tried persimmons. Once in a while Laurens will cook the vegetable for students, like the chard that the class received last year. She cooked the leafy green with onions and served it up as chard tacos with corn tortillas. With the persimmons, she made cookies. The kids enjoyed the cooked meals, but often prefer the vegetables raw.

“It has a fresher flavor and more texture,” Laurens said. “And it’s (high) quality from the program.”

Laurens said one of the best things about the program is that the produce is delivered straight to her campus, and that CAFF provides curriculum based on the Network for a Healthy California’s nutritional program.

She said the students are enthusiastic about the day when they have the Harvest of the Month lessons.

“It connects also with what is going on in the cafeteria,” she said, of the movement to offer more fresh foods and salad bars. “They go home and share with parents.”

Straight from the fields

Segal, the Harvest of the Month coordinator, said that the number of schools that participate in each county in which the tasting kit program is offered goes up and down each year.

“Really being based on the Central Coast, we want a strong focus in Salinas and the surrounding areas,” Segal said, noting that the funding for the program can come from Parent-Teacher Organizations as it does at Lincoln, grants or sometimes through federal money from the free or reduced lunch programs. “Obviously a lot of the children in Salinas have a very experiential understanding (of farms,) but this gives them a different perspective.”

Segal said that while some students in the Salinas area may have parents that work in the agricultural industry, but the students may not be exposed to organically-grown produce or different types of foods.

This year CAFF is working with eight Alisal Union School District elementary schools with the Know Your Farmer program. The organization received a two-year grant to offer the field trips to local farms to teach students about how fruits and vegetables are grown organically.

The Know Your Farmer program allows kids the chance to participate in four activity stations that relate to nutrition, English-language development and other topics while on a local farm. Segal said that the curriculum used for the Know Your Farmer and Harvest of the Month program is from Network for a Healthy California so it meets state standards and it is geared toward students in grades third through fifth.

One of the favorite parts of the field trip is the tasting station, where kids get a chance to try different vegetables or fruits.

“We always encourage the students to at least try it,” Segal said. “Sometimes they don’t like it, but usually when they taste it their eyes light up. The more you can focus on this at an early age, you can inspire them to have those kinds of (eating habits) later in life.”

The field trips are currently to the Agricultural and Land-Based Training Association farm (ALBA,) in Salinas. Alba is a nonprofit that allows an opportunity for farm workers and aspiring farmers to grow and sell crops from two organic farm sites in Monterey County.

Sometimes the programs offer students a new way to eat an already familiar treat. Segal said at a spring farm field trip, the students tried strawberries. But then they had a chance to create a strawberry and yogurt parfait with granola.

“A lot have never had that,” Segal said. “Especially kids in Salinas haven’t tasted that combo before because it’s not a cultural norm.”

She said many of the students raved about the snack and said they would tell their parents about it.

“We let them taste it in a unique way,” Segal said.

Both the Harvest of the Month and the tasting station on the farm field trip ask that students examine the fruits or vegetables before they eat them. They smell it, look at it, touch it and learn facts about it.

“Our Farm to School members think educating them about food makes it connect to them,” Segal said, of the dual goals of teaching kids about locally-grown food and healthy food. “We tie it into health and eating. The activity of farming really makes it make sense.”

CAFF helps kids take a bite out of fresh produce